ASUS's annual update to its laptops also includes the ROG Zephyrus G15. This was one of the most popular laptops from the brand last year, so it's hardly a surprise that we are seeing an upgraded variant with new hardware. Here's everything you need to know about the ASUS ROG Zephyrus G15. The ASUS ROG Zephyrus G15 is one of the more unique-looking gaming laptops on the market. It comes in two colours - Moonlight White or Eclipse Gray and they both look very clean. The white one, in particular, looks beautiful. It has a reinforced metal lid with a precision cut dot matrix design. The dot-matrix design has a subtle shimmering effect from prismatic film underneath.

The ROG Zephyrus G15 also has a 180-degree hinge for the display, making it good for more flexible viewing angles. It also has a great touchpad with a glass surface and even the keyboard appears to be good with a good amount of space between the keys. As you can see, the speakers are also on the top alongside the keyboard, which is better than having it either on the sides or at the bottom.

The ROG Zephyrus G15 comes with a 15.6-inch display but there's no option to configure it with different resolutions. All of them are WQHD displays with a 16:9 aspect ratio and 2560 x 1440 resolution. The display, unlike the ROG Flow x13, supports 165Hz with a 3ms response time. ASUS says it's a Pantone validated display that covers 100% of the DCI-P3 colour space. 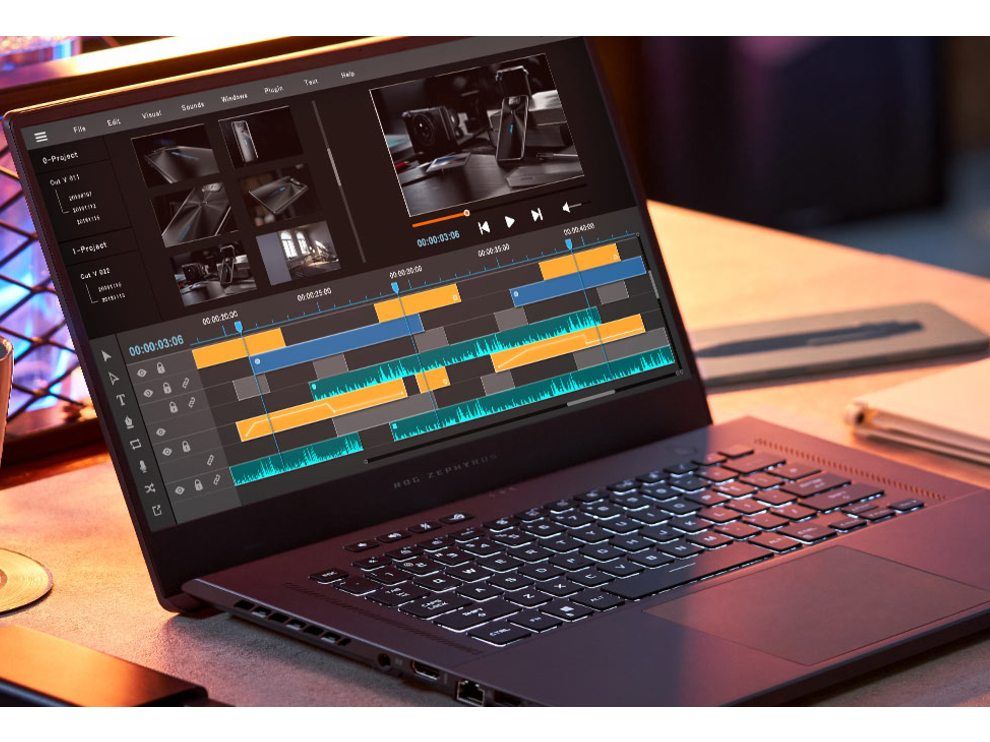 All variants of the laptop pack a 4-cell 90Whrs battery. The laptop doesn't have a webcam but the company is bundling it with an FHD 1080P@60FPS external camera.

ASUS has launched the ROG Zephyrus G15 in the global markets already. They go all the way up to $2,499 for the high-end variant. ASUS is expected to bring this laptop to India too, although we don't have any official confirmation on the same just yet.

Asus has added a handful of new laptops under its ZenBook and VivoBook laptops. All these new machines are powered by AMD's new Ryzen 5000 U-series chips with which the company says they are aiming to...

ASUS has updated its Republic of Gamers (ROG) PC line-up in India, and they are now powered by the new AMD Ryzen 5000 series. The new range of laptops includes ROG Strix SCAR 15/17, Strix...