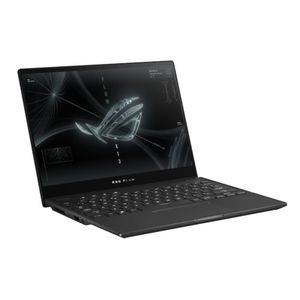 ASUS has introduced me to a lot of innovative laptop features its Zephyrus and ZenBook line up. Their new ROG Flow x13, however, is just a different breed altogether. The idea of using a convertible 2-in-1 laptop for a hardcore gaming session only sounds bizarre until you get your hands on this ultrabook. It's hard to find a thin-and-light laptop without some serious sacrifices in performance, but ASUS is headed in the right direction. Yes, it has its caveats, but the ROG Flow x13, just by itself without any accessories, is still something that should be on your radar this year while looking for a new laptop. 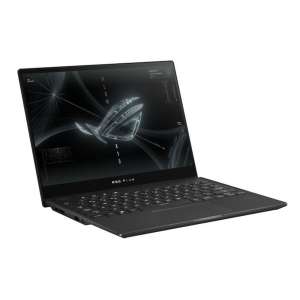 ASUS unleashed a series of laptops recently in India and the one that's most interesting and unique out of the bunch is the ROG Flow x13. It's a convertible gaming laptop that's packed with some impressive hardware. Here's everything you need to know about the ROG Flow x13 before buying it. 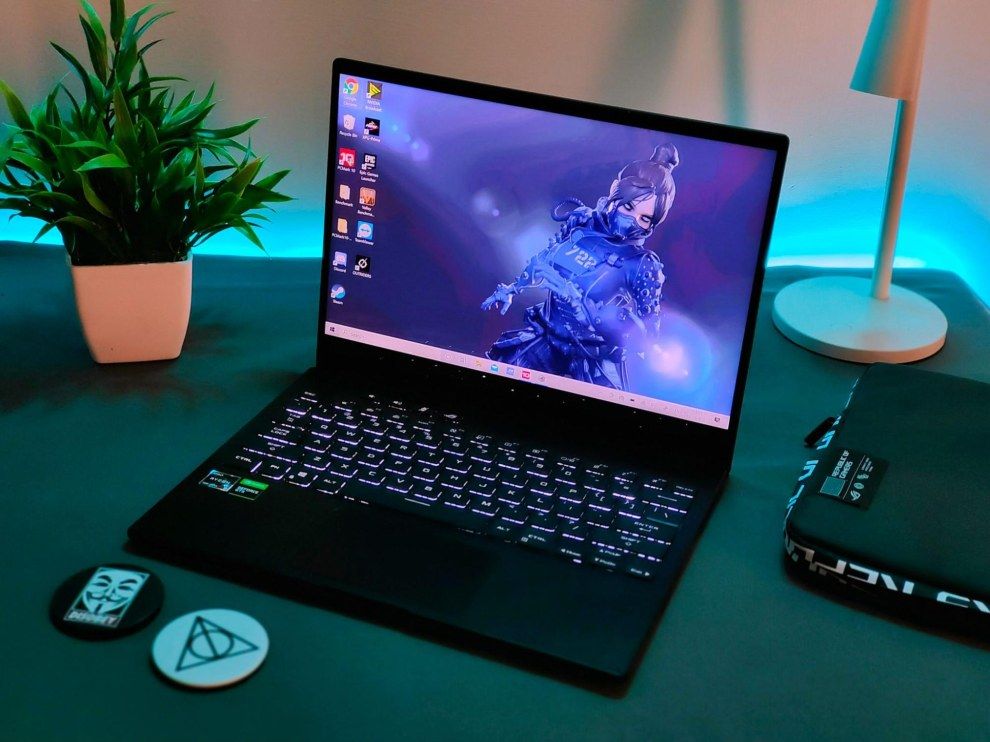 The ASUS ROG Flow x13 is a tiny 13.4-inch convertible 2-in-1 laptop that weighs about 1.3Kgs and is about 16mm thick. You can also flip the display and use it as a tablet. In addition to being one of the lightest gaming laptops, it also has a unique texture that makes it feel very comfortable.

The texture runs across the lid, the palm rest and the bottom deck of the laptop. It's hard not to acknowledge this and run your hands over it every time you open it. As you can see, the texture also gives it a futuristic look while maintaining a very minimal aesthetic at the same time.

It's perfect to use a work laptop at the office during the day. It does, however, have some "gaming" elements like the imprinted ROG logo on the right palm rest and the dedicated keys on the top of the keyboard to control volume and muting and a key to launch the Armoury Crate gaming software. We have more details about the laptop's design and build quality in our full review.

The AMD Ryzen 9 5900HS is one of the best CPUs on the market right now with eight cores and 16 threads. All eight cores are based on the Zen 3 microarchitecture. The CPU has a base clock of 3.3Ghz and a turbo boost clock of 4.6Ghz. It also supports hyperthreading and is configured to a TDP of 35W. 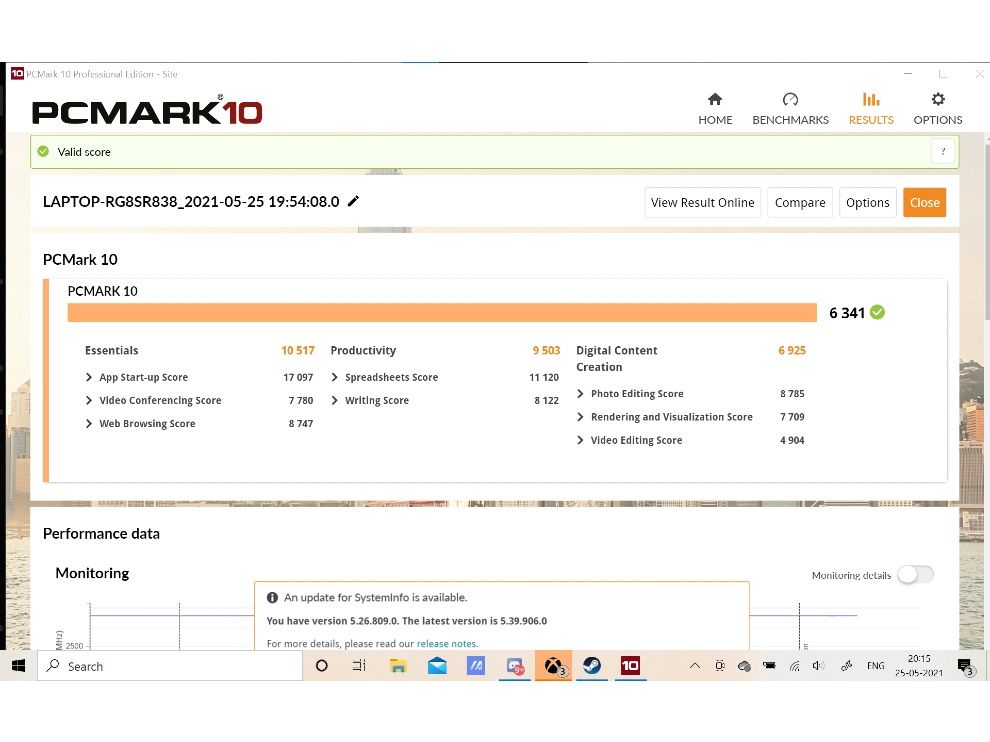 Starting off with the PCMark 10 for the modern office, the Flow x13 managed to score 6,341, which is higher than what all mainstream stream laptops and even some dedicated gaming laptops like the HP Omen 15 R7 managed to score when we tested them here at Digit.

Moving on to Cinebench R20, the ROG Flow x13 scored 4,361 pts, which makes it better than even some of the high-gaming laptops like the Zephyrus G14 that's powered by the Ryzen 9 4900HS. It came closer to the AMD Ryzen 9 5900HX-powered ASUS ROG Strix Scar 15 with its score. For gaming performance and creative workload performance, be sure to check out our full review of the laptop. 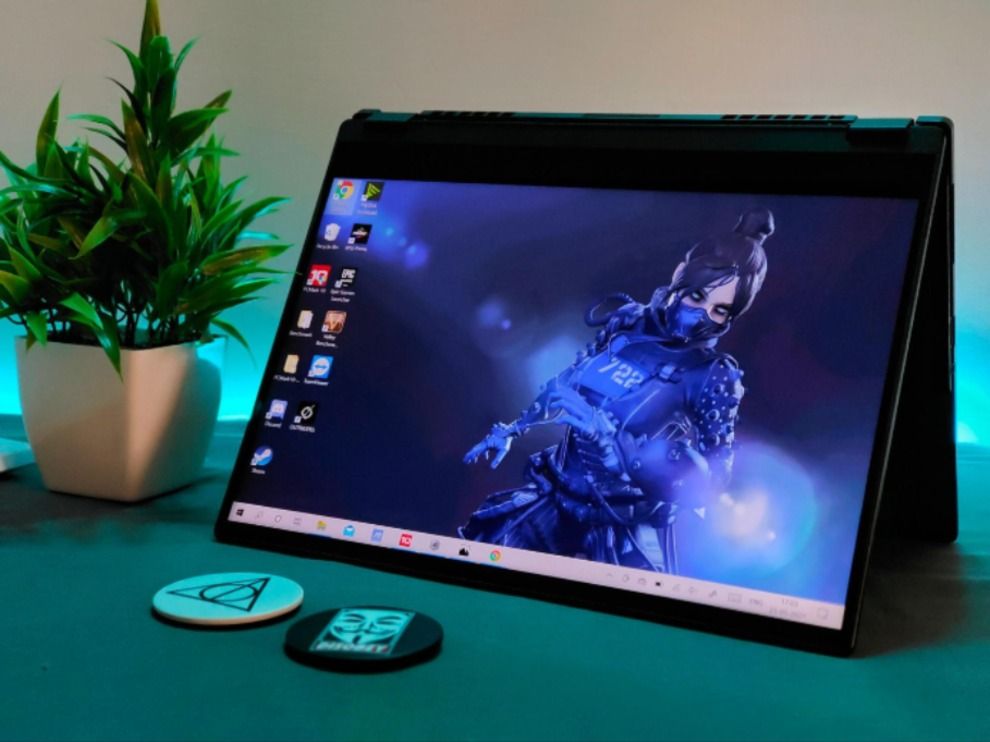 The display also covers 121% of sRGB and 81% DCI-P3 colour space, but it showed pretty high DeltaE values of 5.7 and 5.2 on Greyscale and ColourChecker analysis respectively. It means that you may notice some slight discolouration in both darker as well as lighter shades of certain colours like Green and Blue. Most of them ended up looking a bit pale, which is due to the huge difference in DeltaC and DeltaH values of the colours.

Is the XG Mobile eGPU bundled for free with the laptop?
No, the XG Mobile eGPU unit is not included in the box, You will have to buy it separately.
Is the RAM upgradeable?
No, the RAM is soldered to the motherboard and cannot be upgraded.
Does it have a colour accurate display?
ASUS claims to have fitted a high colour accurate display but in our testing, we found out that it needs a manual calibration out of the box for the best results.

Asus has added a handful of new laptops under its ZenBook and VivoBook laptops. All these new machines are powered by AMD's new Ryzen 5000 U-series chips with which the company says they are aiming to...

ASUS has updated its Republic of Gamers (ROG) PC line-up in India, and they are now powered by the new AMD Ryzen 5000 series. The new range of laptops includes ROG Strix SCAR 15/17, Strix...