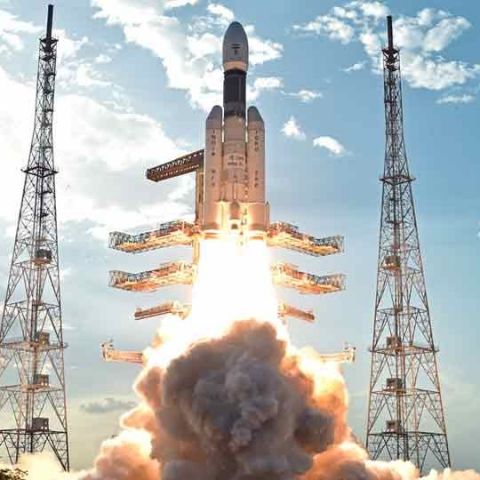 The preparations are on in full swing to unfurl the Indian flag in space before the country turns 75.

The Indian space program was a big part of Prime Minister Shri Narendra Modi’s address on 15 August 2018. The IRNSS navigation constellation, the Mangalyaan mission and the reliable satellite launches were all celebrated over the course of his speech. Then, the prime minister went on to make a blockbuster announcement. The address was given in Hindi, but the English rendering is, “We have resolved that by 2022, when India celebrates 75 years of Independence or maybe even before that, certainly some of our young boys and girls will unfurl the Tricolour in space. With Mangalyaan our scientists have proved their capabilities. I feel proud to announce that very soon as a part of our Manned-Space mission, we shall be sending an Indian into space.” On 28 August, in a press conference about issues related to the Department of Space, ISRO chairman Dr K Sivan provided more details about the ambitious mission, including the name of the mission, “Gaganyaan”. Dr Sivan made it a point to note that as far as ISRO was concerned, that this was a “human mission”, and the crew could consist of either men or women. Just a few days later, at the 6th Bengaluru Space Expo, the star attraction of the show was a crew module and an indigenously developed “flightsuit” for the astronauts.

Today, the Union Cabinet chaired by the Prime Minister formally approved the mission. The GSLV-MKIII, which has earned nicknames such as "fat boy", "obidient boy" and "Baahubali" is the vehicle that is going to be used for the mission. Two manned flights, and one manned flight are planned as part of the mission. The first launch is slotted to occour within 40 months. ISRO will be colloborating with other National agencies, academic institutions, laboratories, and private industries to realise the mission objectives.

Soon after the announcement by the Prime Minister, K Sivan addressed the personnel at the ISRO HQ in Bengaluru. Considering the deadline for the mission, Sivan said it was a “very very tight schedule.” He went on to explain, “This program is really going to enhance the science and technology of the entire country. Every one of the Indians can be proud that India is on par with the other developed countries.”

With the Gaganyaan mission, ISRO hopes to become the fourth country in the world to realise manned spaceflight. The other countries with a manned space program so far are Russia, the United States and China. Technically, India has already been part of a manned spaceflight mission. On Monday, 2 April, 1984, Rakesh Sharma, a pilot of the Indian Air Force, flew on board the Soyuz T-11 launch vehicle to the Soyuz T-11 space station.

There have been three flights that have been significant steps towards the preparation of Gaganyaan, even before the mission was officially greenlit and named. The first was the Space Capsule Recovery Experiment, which demonstrated ISRO’s capability of sending a orbital platform to space, controlling it, and recovering it. The module was successfully recovered after spending 10 days in space, in January 2007. The learnings from this experiment was applied at another mission, with an upgraded crew module. The Crew module Atmospheric Reentry Experiment (CARE) mission blasted off in December 2014. The CARE module separated from the rocket 330 seconds after lift off, and began a guided descent into the atmosphere, successfully returning to the Andaman Sea in the Bay of Bengal. In July 2018, ISRO qualified its Crew Escape System. In case something goes wrong during the launch of the manned mission, and the spaceflight has to be aborted, the crew escape system ensures that the crew module separates from the rocket, deploys the parachutes, and returns the personnel safely back to the Earth. The test was successfully conducted in under 259 seconds. 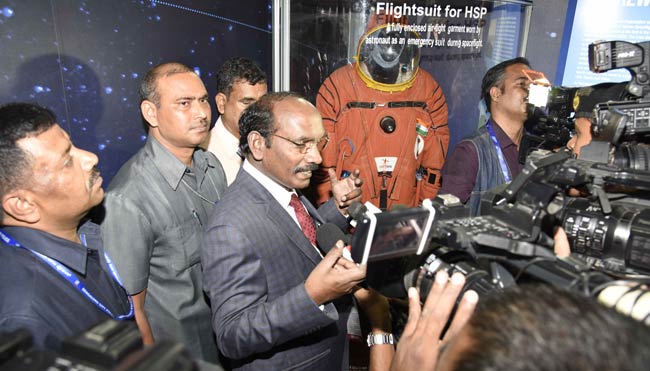 ISRO chairman K Sivan next to the Gaganyaan space suit at the Bengaluru Space Expo in September 2018. Image: ISRO.

The launch vehicle for the first manned spaceflight is expected to be the Geosynchronous Satellite Launch Vehicle Mark III (GSLV-MKIII). The rocket has a shorter profile than other launch vehicles in ISRO’s feet and measures 43.43 meters in height, but is more stocky. Because of this, ISRO scientists had nicknamed the rocket “Fat Boy”. After the first developmental flight on June 5, 2017, the rocket earned the nicknames “Reliable Boy” and “Baahubali”. It is a three stage rocket with two strap on motors, and has the capability of deploying a payload weighing 8,000 KG to the low Earth orbit, which is the target orbit for the first manned spaceflight. The core stage is called the L110, has two liquid propulsion engines. The strap on motors form the second stage, and consist of two solid rocket S200 engines. The third stage is a cryogenic engine. All the three stages are developed indigenously, by the Liquid Propulsion Systems Centre and the Vikram Sarabhai Space Centre.

There are two modules for the mission, the crew module and a service module, which will be assembled together to form the orbital module. The service module itself has two liquid propulsion engines, and will provide temperature regulation, pressure control and nutrition services to the crew module. The orbital module will be placed on top of the rocket. The mission is expected to be launched from a new launch pad that is yet to be built at ISRO’s launch complex in Sriharikota. This new launch pad is expected to have the capabilities for boarding the crew members into the spacecraft, and the other required equipment for future manned space flights. The flight itself is expected to last around 16 minutes, after which Gaganyaan will be deployed into low Earth orbit at an altitude of 400 kilometers above the surface of the Earth. The Gaganyaan system is designed to accommodate around three crew members, who will spend between five to seven days in orbit. After the orbital period, the whole orbital module will be reoriented and re-enter the Earth. At this point, the propulsion system on board the service module will fire the engines for slowing down the descent of the spacecraft.

The service module will then separate from the crew module, at an altitude of 120 kilometers. The parachutes will be deployed for further slowing the crew module down, after which the module will splash into the Arabian Sea. The crew will be recovered off the coast of Gujarat. In case of any issues, there are backup plans to recover the crew from the Bay of Bengal or even on land. The safety of the crew is the top priority for ISRO. There are two spaceflights planned before the manned mission, to make sure everything goes as expected. The descent is expected to take about 36 minutes. The entire mission will be realised entirely indigenously, and is expected to cost less than Rs 10,000 crore.

The crew for the mission will be selected jointly by the Indian Air Force and ISRO. ISRO already has the capabilities for handling the technical aspects of the mission. However, the introduction of manned personal is something that ISRO does not have experience with, and bioscience is a new field for the space agency. To tackle this aspect of the mission, ISRO hopes to collaborate with and take support from other organisations. After they are selected, the crew will undergo a training regiment that is expected to last between two to three years. Given the timelines, the personnel are expected to be selected as early as 2019 itself. As such, the first manned spaceflight is primarily a technology demonstration mission. 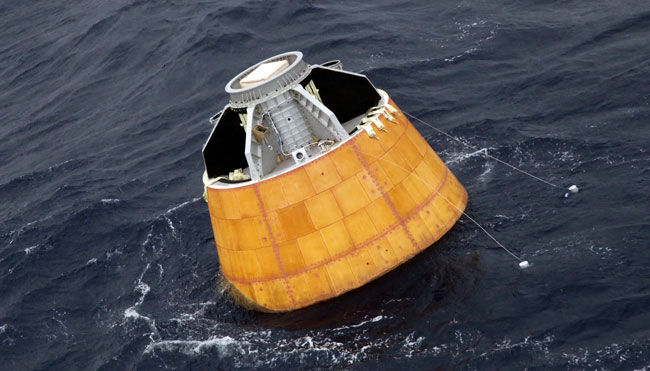 The crew module was successfully tested in July 2018. Image: ISRO.

The scientists and engineers involved will get a first hand experience in planning and executing a manned spaceflight. There is a scientific aspect to the mission though, the astronauts are expected to conduct experiments in microgravity over the duration of the flight. The specific experiments are not mentioned yet, but this is an opportunity for Indian scientists to design and send up self contained experiments into space. The Proteins, crystals and plant life are some things that behave very differently in a microgravity environment. The effort will involve academia, private industry partners and various higher educational institutes all across India. Realising the mission will also help build capacity for future manned missions. The mission will help encourage the growth of industries that are required for more advanced space programs. A successful demonstration of manned human spaceflights also opens up various opportunities for participating in international space programs. One of the most important objectives of the mission is also very simple - inspiring the youth.