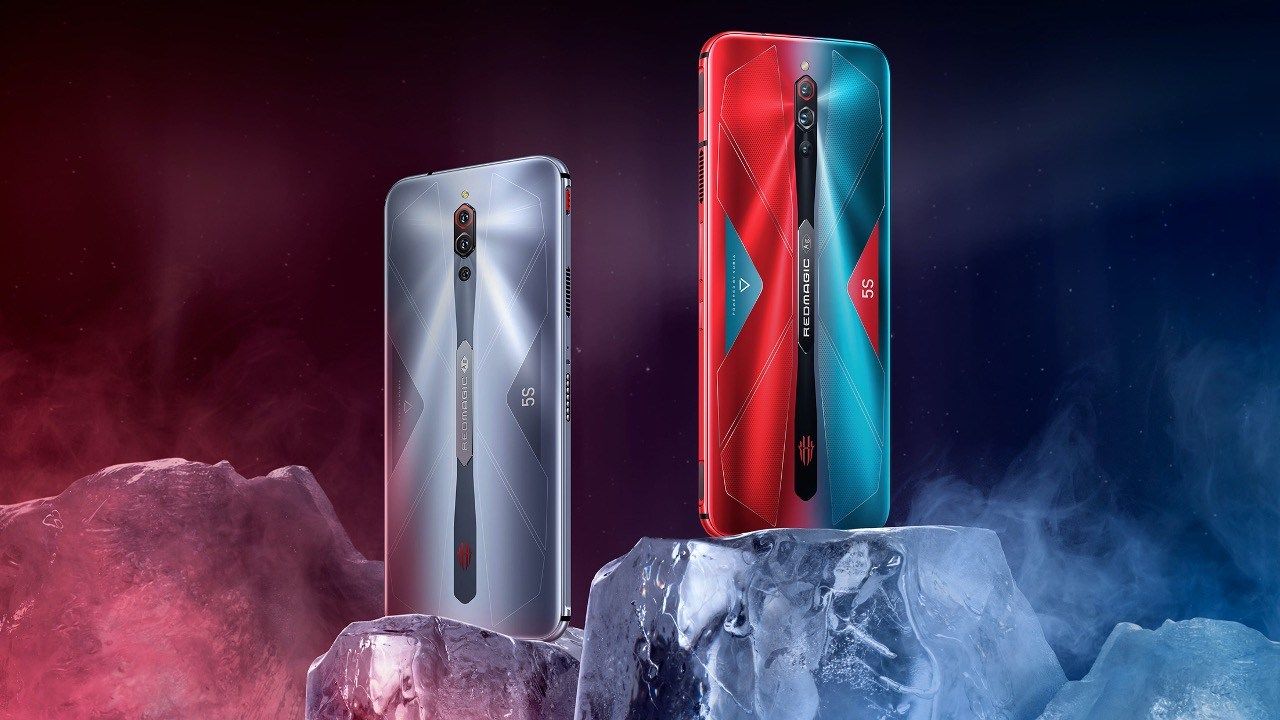 Nubia Red Magic 5S has launched as the successor to the Red Magic 5G and it comes with an upgraded cooling system. The Red Magic 5S was earlier rumoured to launch with a Qualcomm Snapdragon 865 Plus chipset, also found on the Asus ROG Phone 3 and Lenovo Legion Phone Duel. However, the Red Magic 5S doesn't come with the overclocked version of the chipset.

Unfortunately, the only upgrade the Red Magic 5S gets over the Red Magic 5G is an upgraded cooling system which enables 43 per cent more ventilation and the 15,000 rpm high-speed fan is able to dissipate heat with much ease. The cooling system also gets a silver-plated thermal plate instead of copper heatsinks and the fan also assists in keeping the temperatures down while fast charging at 55W.

The Red Magic 5S is expected to roll-out globally sometime in September and could launch in India at that time.

It is powered by the Qualcomm Snapdragon 865 chip clocked at 2.84GHz. It comes with up to 16GB of dual-channel LPDDR5 RAM and up to 256GB of UFS 3.0 storage. Moreover, there is the liquid cooling system that is accompanied by silver foils, thermal gels, and graphite layers for efficient heat dissipation. The phone has a dedicated 15,000RPM fan and an external vent to dissipate heat. It runs Red Magic OS 3.0 based on Android 10.

The Nubia Red Magic 5S sports a triple rear camera setup, a 64MP primary Sony IMX686 sensor with an f/1.8 aperture, an 8MP wide-angle lens and a 2MP macro snapper. On the front, there is an 8MP selfie shooter.

It packs a 4500mAh battery that supports 55W fast charging which the company claims can refill the battery from 0-100 percent in 40 minutes.