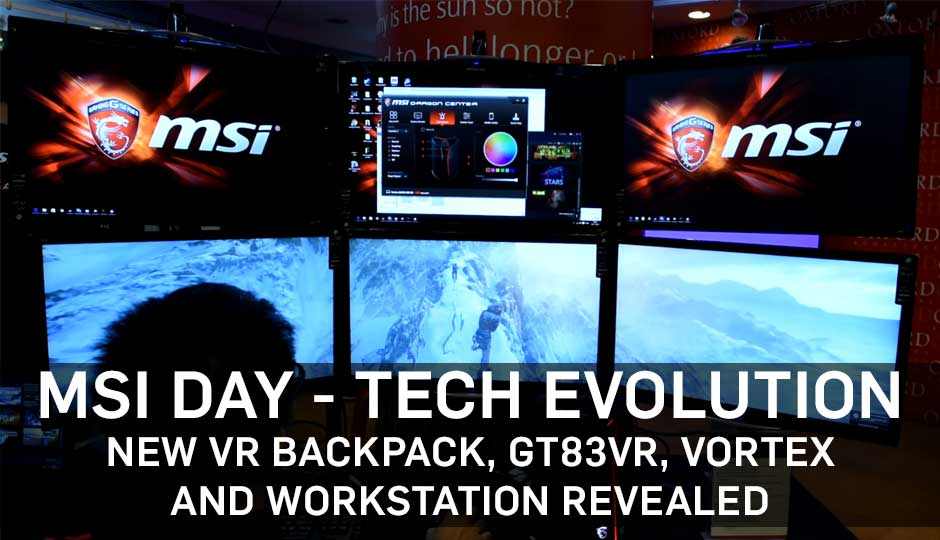 MSI India is about to launch new VR and gaming focused products in the coming months which they showcased at the Tech Evolution event in Mumbai as part of their MSI Day promotions. Aside from their gaming products MSI took the opportunity to unveil their Workstation notebook lineup which are powered by Intel Xeon CPUs and NVIDIA Quadro workstation graphics cards. A similar event like the one held in Mumbai will be held in Delhi on the 17th.

With gaming focused PC sales on the rise, more and more brands have begun aggressively pushing the top of the line products in India in accordance with their International launch. The products showcased at the MSI Day Tech Evolution event feature upcoming desktop grade Kaby Lake processors which are yet to be launched globally.

Eric Kuo, MSI Vice President of Global Sales & Marketing had this to say, “MSI keeps pushing the limits of portable workstation and VR technology. The results are VR-ready products that immerse us in digital worlds and enable us to experience workstation grade performance in a portable PC.”

MSI GT83VR 7RE TITAN SLI
The MSI GT83VR 7RE was undoubtedly the hero product. An upgrade over the GT83VR 6RE, the 7RE features Intel Core i7 7th Generation CPU clubbed with two GTX 1070s in SLI. Aside from these, the gaming notebook has a mechanical keyboard and a touchpad that transforms into a touch numpad. 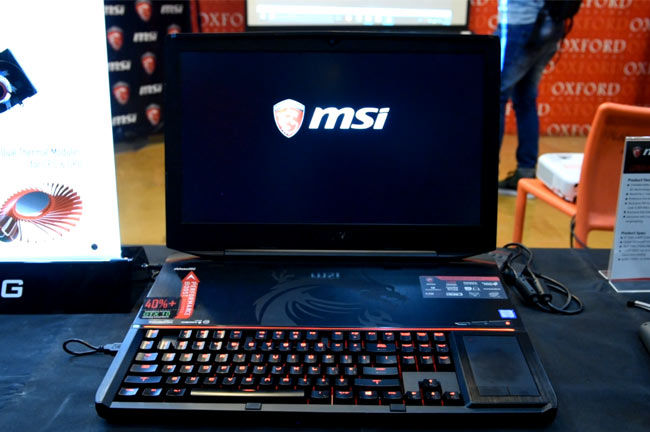 The MSI GT83VR 7RE is quite thick owing to the cooling mechanism required to handle the two 10-series GPUs which are configured in SLI and can be swapped out should you need to upgrade in the future.

MSI Vortex G65VR 7RE SLI
Unveiled at CES 2016, the MSI Vortex packs a beefy desktop configuration in a compact form-factor of just 6.5L. Like the notebook above, the G65VR 7RE SLI sports an Intel 7th Gen Core i7 CPU along with two GTX 1070 GPUs in SLI, 256GB NVMe SSD and a 1 TB HDD. 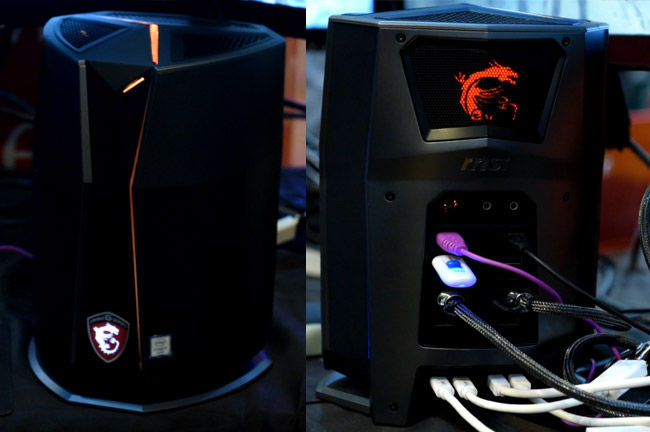 The cylindrical design of the Vortex allows for a leaner cooling system comprising of fewer moving parts which in turn requires less maintenance on the users’ part. The unit does not compromise on connectivity as if offers an array of I/O ports comparable to what most mainstream desktop machines have.

MSI WT72 VR Ready Workstation
Leveraging upon their gaming notebook lineup, MSI has plunged into the Workstation business and their Workstation notebooks have been selling in India for quite some time. At the event they had the WT72 flagship on display which is powered by Skylake CPUs that can either be from the consumer segment or from the enterprise Xeon lineup. 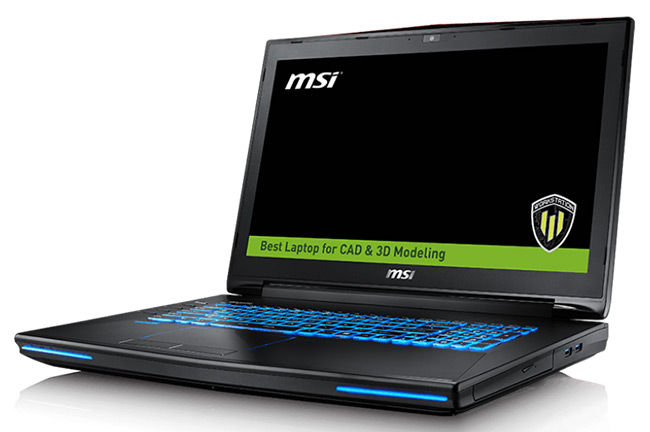 Since these notebooks are aimed at professionals who use CAD/CAM software, they sport NVIDIA’s Quadro GPUs with the flagship WT series being powered by the M5500. Moreover, the 4K display panel supports 100% Adobe RGB colour profile.

MSI VR Backpack
The other attention grabbing product of the event was the MSI VR Backpack. This battery-operated backpack is powered by a Skylake Core i7 and an NVIDIA GTX 1070 GPU. Compared to the first iteration, MSI has made a few noteworthy improvements to the new one including shifting the VR HMD ports to the top of the unit along with battery packs that are swappable. 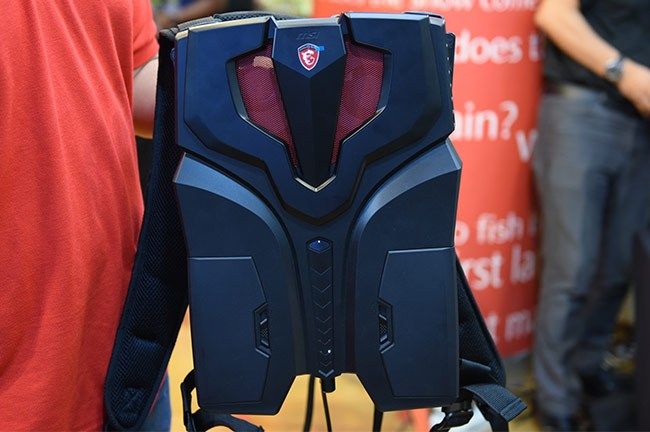 The MSI VR Backpack will go on sale in India in December and will retail for approximately Rs.1,72,000.

As for those feeling left out, MSI will be holding a similar event in Delhi on the 17th at Oxford Bookstore, Connaught Circus.