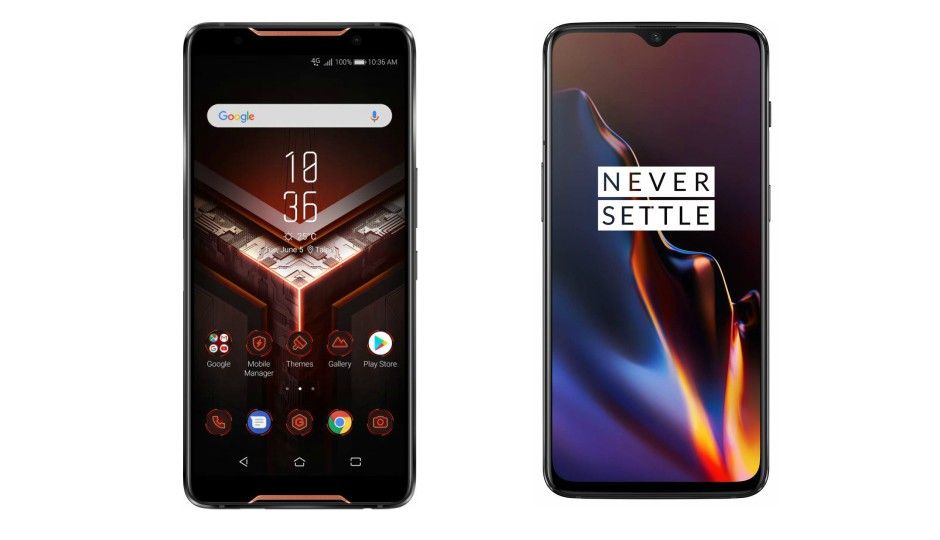 The Asus has announced its gaming phone back in July 2018 at Computex. Now, the phone has finally been launched in India this Thursday. The Asus Rog is the world’s first smartphone with a 3D vapor chamber cooling system. Besides that, the other highlights of the  Asus Rog are its ultrasonic Air Trigger touch sensor, an AMOLED display, a 90Hz refresh rate, and a 1ms response time. On the other hand, we have the OnePlus 6T, which comes with an in-display fingerprint sensor, a full HD+ optic AMOLED display, and a Qualcomm Snapdragon 845 processor. So, let’s compare these two devices to see which one is the right buy for you in terms of specifications. 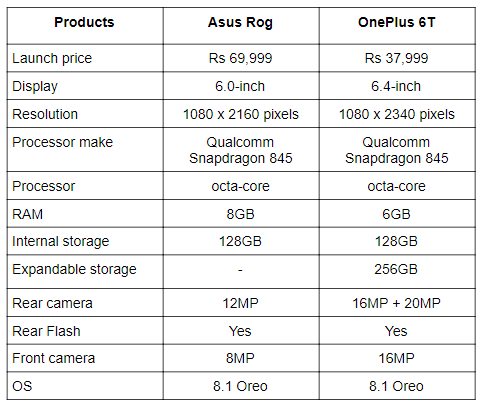 As far as the cameras are concerned, if you’re particularly looking for a smartphone with a dual camera setup then the OnePlus 6T might fit the bill. The smartphone features a dual 16MP + 20MP rear camera with a 16MP unit on the front. On the other side, the Asus Rog is equipped with a 12MP unit on the back with an 8MP sensor at the front.

Overall, both smartphones almost feature a similar hardware. However, the Asus Rog is a device that is specifically designed for gamers who are looking for a phone in which, they can play games smoothly. The Asus Rog is the world’s first device that comes with a 3D vapor chamber cooling system. The device is available in India for Rs 69,990, while you can get the OnePlus 6T at Amazon for Rs 37,999