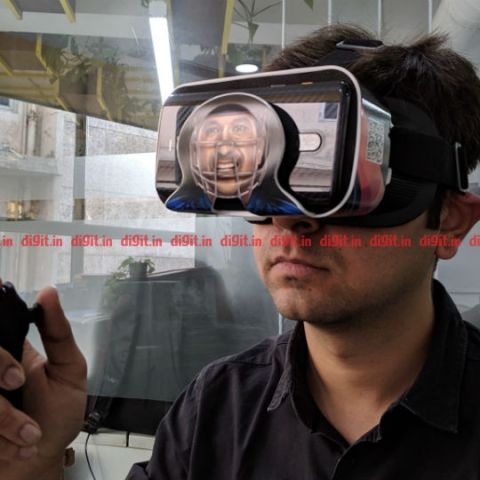 The Sachin Saga VR headset works just like a Google Cardboard headset and the controller connects to your smartphone via Bluetooth. The game runs on most Android phones and the visual fidelity is based on the resolution of your smartphone.

VR gaming is still in its nascent stages. We have high end headsets from HTC, Oculus, HP, Acer and many more, but they require a dedicated high-end PC to run properly. On the console side, we have Sony bringing VR to the PlayStation console with PlayStation VR. In the mobile space we have seen the like of Google Cardboard, and Google Daydream giving people a VR experience on a budget. Today we have with us Sachin Saga, a mobile game the comes with a Google cardboard headset and a bluetooth controller in the box, aimed at giving cricket fans an immersive VR gaming experience. The company behind the headset and the game is JetSynthesys. So does it make sense to spend Rs 2,000 on the headset and controller combo? 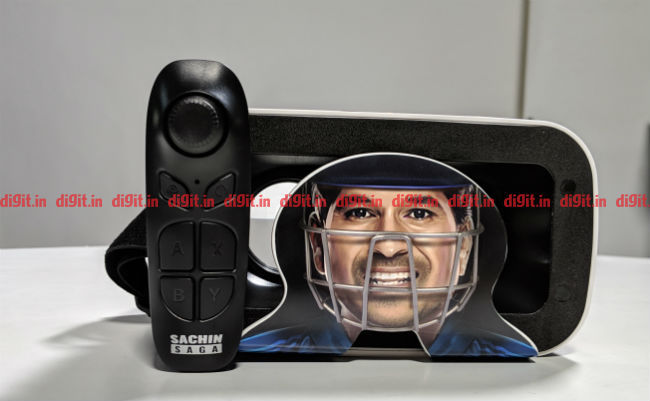 Build of the headset and joystick

The headset is actually quite well built featuring a full plastic body and a housing for a smartphone. The housing can hold a smartphone between 4.7-inches to 6.4-inches in size, which covers almost all smartphones available today. The housing of the smartphone feels sturdy and will hold your phone even if you shake your head a little vigorously. The straps that hold the device to your face are adjustable, elastic and strong, ensuring a secure fit. There is padding between the headset and your face as well, which should keep the device comfortable during use. There is also a wheel which adjusts the distance between the two lenses in the headset, so you get a clearer image when playing.

Overall, the headset is well built and has Sachin’s fact right up front with a QR code on the side to help you download the game from the Play Store. 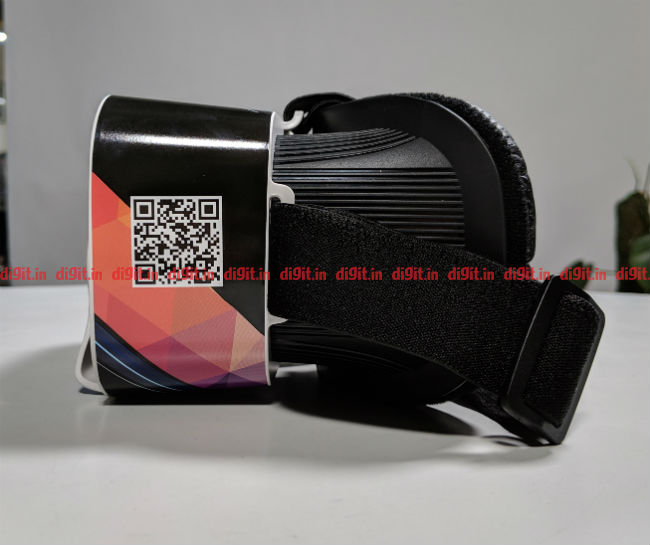 The joystick runs on two AAA batteries. While there is nothign wrong with this setup, I wish it had an internal battery with USB charging. But that's just me nitpicking. The construction of the remote control isn't the best. It feels very plasticky and cheap. The controller resembles a Nintendo Switch Joy-Con with one trigger, which can be used with your fore finger. On the face we have the analogue stick and 6 face buttons. The controls are plentiful, but are not utilized in the game. In the game you will mostly use the trigger and the analogue stick with 2 face buttons controlling the volume of your smartphone. 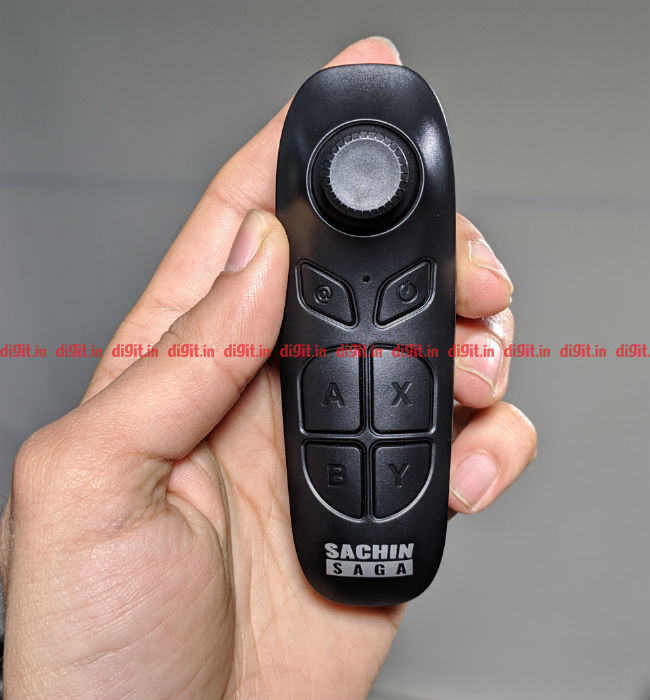 Here is my problem with the joystick. The trigger is shaped like a trigger on a controler, with a concave design for ergonomics. However, the button doesn't depress like a trigger. It presses like a button. Imagine the triggers of a PS4 or Xbox One controller, but when you press them they depress like the shoulder buttons of the controller. It is a little jaring especially if you used to such controls. 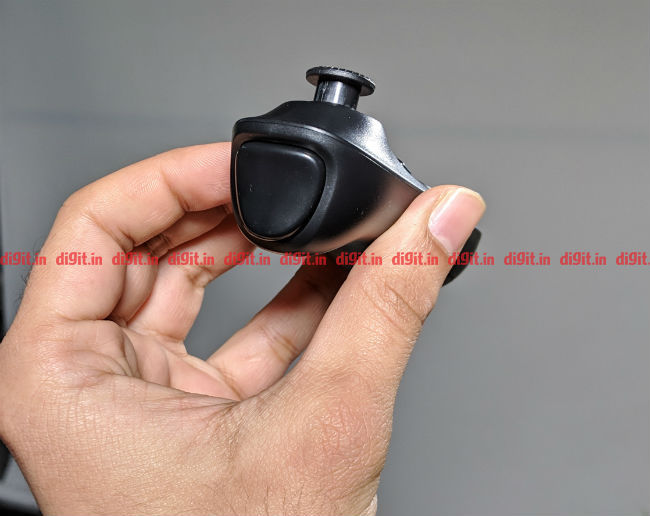 Overall, as well built as the headset is, the controller feels flimsy and that isn't great. 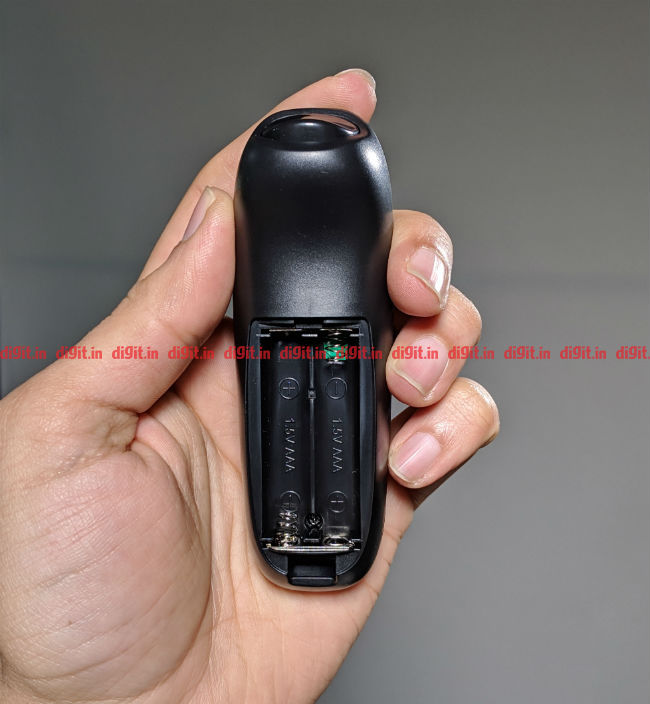 The game itself is easy to navigate. You may try to move your controller like a magic wand to navigate the menu, but that's not how it works. You need to look at the action you want to perform, for example look at the settings tab or the quick match tab and the red dot will become a red circle. Simply press the trigger button on the controller and it is selected. The navigation is quite simple.

Coming to the game itself, it is simple to learn and play, there is a slight learning curve as you need to time your shots. Tap the analogue stick in the direction you want to hit the ball and the batsman will perform the desired action. The timing here is key and something you may take an over or 2 to get used to. Running is as simple tapping the analogue stick forward. You can also cancel a run midway, which is cool. 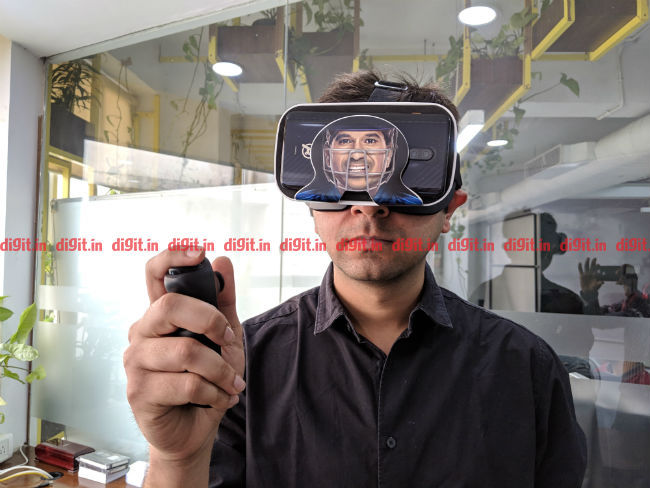 Speaking of the graphics, the game is simple looking with character models that have decent definition, but not much in terms of detailing. But that's OK. The game needs to run smoothly on a large number of phones and cater to varying hardware. So the graphical fidelity is good considering the mass appeal of the product.

You can play either 2, 5 or 10 overs and you won't be playing for more than 10 overs at a stretch. The game also offers a day-night option along with easy, medium and hard options for difficulty.

Overall the game is a new take on cricket. There are a lot of games available on the Play Store that let you play a cricket but this is the first one that I have encountered that literally puts you in the shoes of the batsman by offering a, immersive VR experience. 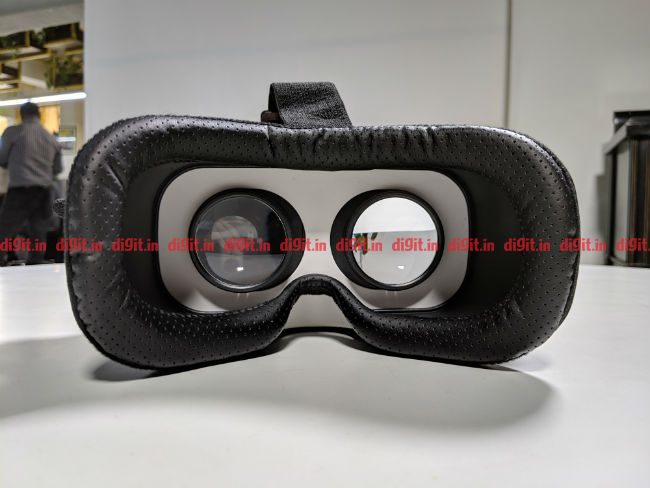 For Rs 2,000 the Sachin Saga VR headset is well built and comfortable for use and works with a variety of phones. The controller, though flimsy, gets the job done for gaming. It would be great if the developer supports the game with new modes and gameplay to keep gamers engaged.