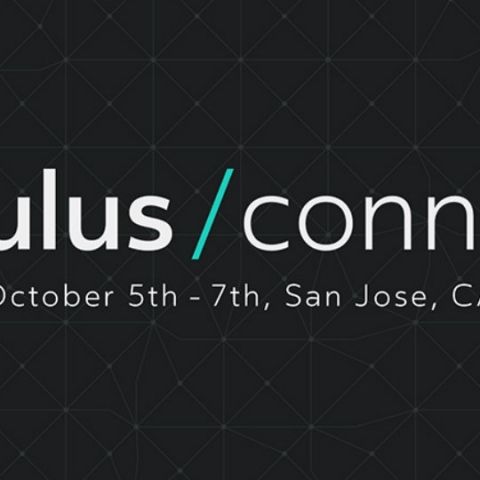 The Oculus Connect 3 conference was a matter of excitement for the future of our technology. If you have been following the steady growth of virtual reality for a while, you would know how we’ve evolved steadily - from the rudimentary 360o videos on Google’s Cardboard, to the advanced virtual experiences that the likes of Facebook-owned Oculus Rift and HTC’s Vive are capable of delivering.

At yesterday, Oculus Connect 3 conference, the key focus lay around the growing app ecosystem around VR, new developers coming on board, more investment in VR, less expensive, VR-ready PCs, and more. The Facebook CEO is upbeat about the progress of Oculus, and wants to bring more features into the platform. With all of this in line, here’s looking at the biggest announcements from the Oculus Connect 3 conference.

More apps, more affordable VR-ready PCs!
After being introduced on stage by Oculus co-founder and CEO Brendan Iribe, Facebook CEO Mark Zuckerberg spoke about the prospect of Oculus being the computing platform for the next generation. Oculus claimed millions of new arrivals in terms of developer kits and prototypes, and gave the promise of ample applications once Oculus goes mainstream.

In an even more exciting piece of news, Oculus toned down the minimum requirements for PCs. Now, instead of a quad-core Intel Core i5 and Nvidia GTX 1070 as the least powerful compatible hardware, Oculus-ready PCs can be configured with even a dual-core Intel Core i3 processor and Nvidia GTX 960 GPU. This effectively brings down the price of compatible PCs by a significant margin, and the least expensive Oculus-compatible PCs now begin at $499 (approx. Rs. 33,325).

As Cnet reports, Oculus is using a technique called asynchronous spacewarp to provide performance optimisations in the Oculus SDK, thereby reducing the minimum requirements. Games, though, may not be fully optimised, and often even struggle to run.

Virtual Reality going social with VR chats
A major element of technology becoming social is when it is incorporated into our everyday lives, and Mark Zuckerberg wants to do just that. He demonstrated the capability to do VR chats with the Oculus, and use the Oculus Touch controller to tweak emotions on your virtual avatars. This will give way to multiple new features including live background swapping, built-in games (lightsaber fencing!), and for anyone who would want, virtual selfies!

Oculus Avatar allows you to create your digital avatar (who is supposed to resemble you) and interact with your friends from all over the world. Oculus Rooms will be the cornerstone of the company’s social efforts, giving users a space where they can assemble together virtually to interact, watch content and more. File sharing and group chats, anyone?

Oculus Touch is finally here!
The Oculus Touch controller got detailed too. To be paired with Oculus Rift to allow room scaling and virtual tracking of input, the Oculus Touch controllers will finally be available for purchase beginning December 6, 2016, and will retail at $199 (approx. Rs. 13,300). While its input tracking abilities are native, the HTC Vive-like room scaling technology will require an added tracking sensor camera that will retail at $79 (approx. Rs. 5,300).

Money talks
In an important interjection to reassure his intent and push for VR content, Zuckerberg stated that Facebook will invest a further $250 million on development of the VR ecosystem. This investment will come on top of the $250 million that it has already invested.

And finally, a new headset
As a surprise inclusion in the conference, Zuckerberg acknowledged the need for a standalone virtual reality headset that is neither reliant on phone-based computing, or wired, PC-based rendering of VR. Falling somewhere in the middle of the two, the new headset that Zuckerberg spoke of is completely wireless, and it seems to work by itself, no additional units needed. It seems somewhat like a VR version of Microsoft’s augmented reality headset, the HoloLens.

The new headset will rely on computer vision and apart from the camera, will not need any additional sensors. It will use positional tracking to synthesise space, and uses something called “in-out tracking” to actually make you “walk” through virtual space, which further opens up the possibility of much more engaging content, and more professional implementation.

There is no word of when the headset will premiere, but the fact that it is in works is tantamount evidence of virtual reality only being a developing field now, and is far away from its optimum peak.

It is certainly exciting times, to witness the rise of a future technology that will possibly rival Tony Stark’s world in the years to come. The Oculus Connect 3 conference, to sum up, is a promise of extensive developer support for a growing ecosystem of applications, new headsets with tracking and computing technologies, implementation of VR in everyday life, and the need for further development of computer vision, fueled by the rise of neural networks.