Ten years to the bitcoin block: What does the future hold for NFTs? 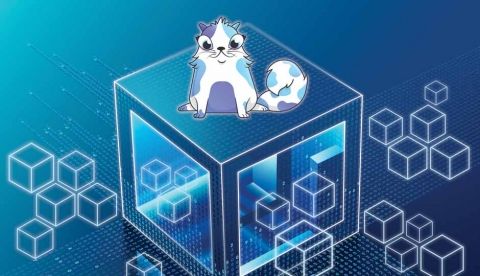 To understand non-fungible tokens, let us take real-world examples. A ten rupee note is a fungible token. If you lend the ten rupee note to someone, they can return a different ten rupee note. They can also return the money with two five rupee coins, or five two rupee coins. The whole exercise of lending would be pointless if you expected the same ten rupee note back. A movie ticket is an example of a non-fungible token. Each movie ticket is unique, and specific to the show. Even though two tickets in the same row may cost the same, the people in the middle of the row would be less willing to exchange their seats with someone in the sides. You cannot use the same ticket to go to some other movie, and you cannot break the movie tickets down into smaller units. 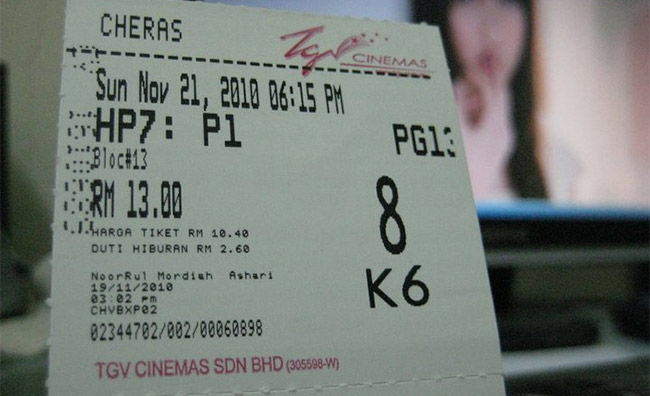 In the digital realm, bitcoins are fungible tokens, they can be broken down into smaller units, and one particular bitcoin is as good as any other. However, there is an emerging class of blockchain based unique digital assets, which cannot be broken down or clubbed together into smaller or larger units. These are called the NFTs. Most of the current blockchain based collectables are based on a standard for the creation and distribution of NFTs called ERC-721. They use Ethereum and are considered to be distributed applications, or DAaps.

Mr Hareesha Pattaje, Managing Director of Technology at Synechron explained NFTs to us as, “Fungible tokens are useful for blockchain use cases like cryptocurrencies. On the other hand, non-fungible tokens, have some special features that make them special and cannot be exchanged or replaced with similar tokens. Non-fungible tokens are typically used for asset tokenization that provides users of DAaps with a capability to own assets in the digital form with immutable provenance records. Non-fungible tokens are not divisible and need to be created/transferred as a whole.”

Dr Pandurang Kamat, Chief Technologist & Associate CTO at Persistent Systems explains, “Non-fungible tokens (NFTs) are cryptographic tokens that uniquely represent an asset digitally. Humans have always attributed value to scarcity and uniqueness (from diamonds to art to historical coins to collectables) and NFTs provide a way to create and represent scarcity and uniqueness digitally. Furthermore, they enable fractional ownership of assets providing increased liquidity and options in niche markets. We will see the emergence of decentralized marketplaces that allow for the trade and/or exchange of these NFT-enabled digital assets instantly across geopolitical boundaries and without dependencies on any central entity.”

Cryptokitties and other applications

One of the early breakout success stories of NFTs is CryptoKitties, a type of digital collectables. People can collect, breed and trade digital cats. Each cat is unique, and no one can replicate that cat. Dr Kamat explains the new use case of NFTs for collectables: “Cryptokitties became the most famous example of this; where participants can create and manage a digital creature unique and personalized by them. We expect to see digital sports cards (tradeable) created using NFTs as another example.” 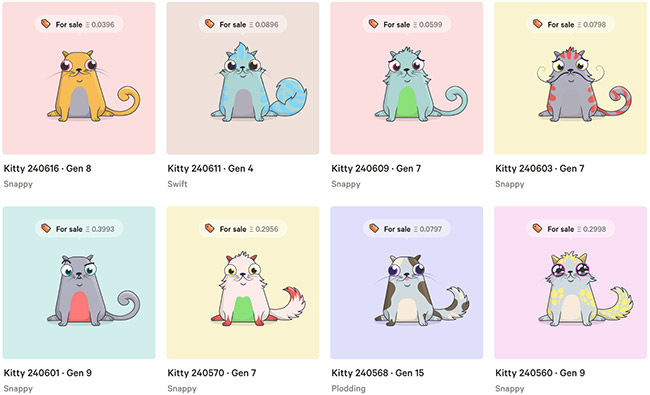 More than a digital pet

Since the launch of CryptoKittes in November 2017, there have been numerous clones trying to cash in on the blockchain collectables craze. These include CryptoCities, CryptoPuppies and CryptoPets. We reached out to CryptoKitties co-founder Bryce Blandon, to ask how CryptoKitties plans to stay competitive in this increasingly crowded market. The trick is a steady stream of updates. “We've been a leader in this space since we launched. The same things that made us compelling – good design, practical innovation, and a product that delights – will continue to be our competitive edge”, Blandon said, “Each week, we create new features and ways to play CryptoKitties. Each month, we make international news through charity, art, or industry innovation. And with each improvement we make to CryptoKitties, we make this product and this technology more accessible to the people it can benefit the most: consumers.” We asked Blandon about some of the uses for NFTs beyond digital collectables. “One of the most interesting future uses we're starting to see right now is how one NFT, like a CryptoKitty, can be used in a variety of experiences the CryptoKitties Team doesn't control, like KittyRaces. This use showcases the immense potential for NFTs to proliferate across new platforms, finding new utility and new value with each additional use. 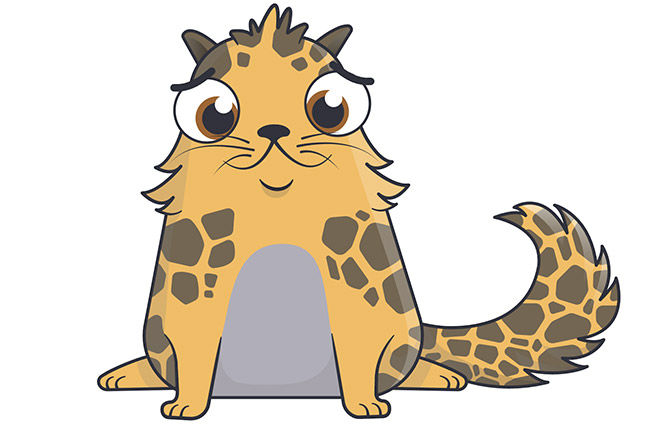 In the future, we may see licensing or revenue splits tied to ownership – or partial ownership – of an NFT. That's really exciting for consumers and creators alike. An artist could kickstart their career with 100 or 10000 fans, selling a stake in their debut single that grants those fans usage rights and a percentage of licensing agreements if the artist finds mainstream success. Imogen Heap has started to do some exciting stuff in this space.

Or, we can see NFTs explicitly tied to a time, place, or event. ESports continue to be a huge business; once trophies and achievements related to history-making moments are created as NFTs, I think we'll see the value and impact of these collectables skyrocket. I also think there will be some novel applications for these new NFTs, with interactive and personalized elements that make them especially compelling.”

When asked about future uses of NFTs, Mr Pattaje said, “because Non-fungible tokens allow users to store asset details like metadata along with other attributes, it makes them suitable for digitizing assets and establishing asset ownership. Some use cases of implementing non-fungible tokens in Blockchain-based DAaps are in the areas of asset tokenization, collectables, digitizing documents like warranties, wills, various certificates, art and other proprietary work”. Dr Kamat also elaborates on some more physical and digital use cases for NFTs, “ownership rights on unique assets, such as antiques, famous paintings or any high-value items for that matter. Governments are looking to tokenize real-world unique objects like land or vehicles or educational certificates to offer faster, secure services to citizens in addition to more control in their hands.” Another area where NFTs can transfer control over digital assets from the creators to the consumers are video games. Dr Kamat explains the implementation as “creating scarce in-game assets - that put control in the hands of the gamer rather than the developer. In-game assets is already a multi-billion dollar industry and NFTs can make these assets truly user-owned. We will see games that let users bring their assets from one game into another or trade them with other users in the game, without going through the game company services.” 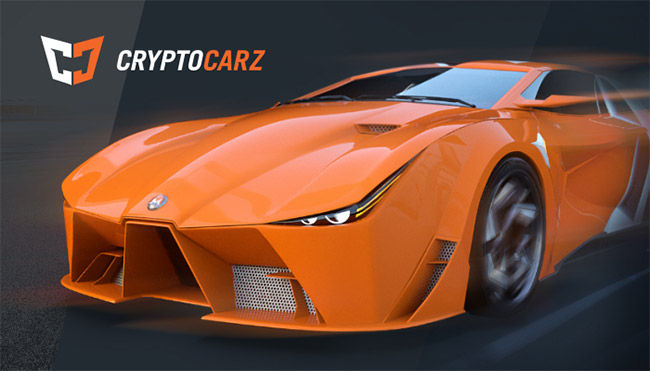 CryptoCarz is a blockchain based VR racing game

One such game is CryptoCarz. CryptoCarz is a blockchain based VR racing game. The entire game is built around the concept of the gamers owning the digital assets, which are cars in this case. John Mandeville, Chief Communications Officer and Co-Founder at CryptoCarz, explains the idea, “In traditional racing games, digital assets are owned and controlled by the game developer – the gamer owns a license. Digital assets, from swords to skins, are non-transferrable. We are creating a new category of immersive racing game that gives the gamer full ownership of these assets.” When we asked Mandeville about the future uses of NFTs, he replied, “We see NFTs having broad utility across all content development, from film to music. Our starting premise with CryptoCarz is that gaming is going to move more quickly. NFTs introduce the concept of digital scarcity - where ownership is verifiable and irrevocable. This will potentially solve a lot of problems that the broader technology industry - beyond gaming - has been trying to solve.”

Here’s how you can disable the new Firefox ads in the address bar
The Windows 11 Update is rolling out for all users today
iOS 15 Rollout: Apple confirms the availability of its newest OS
Advertisements