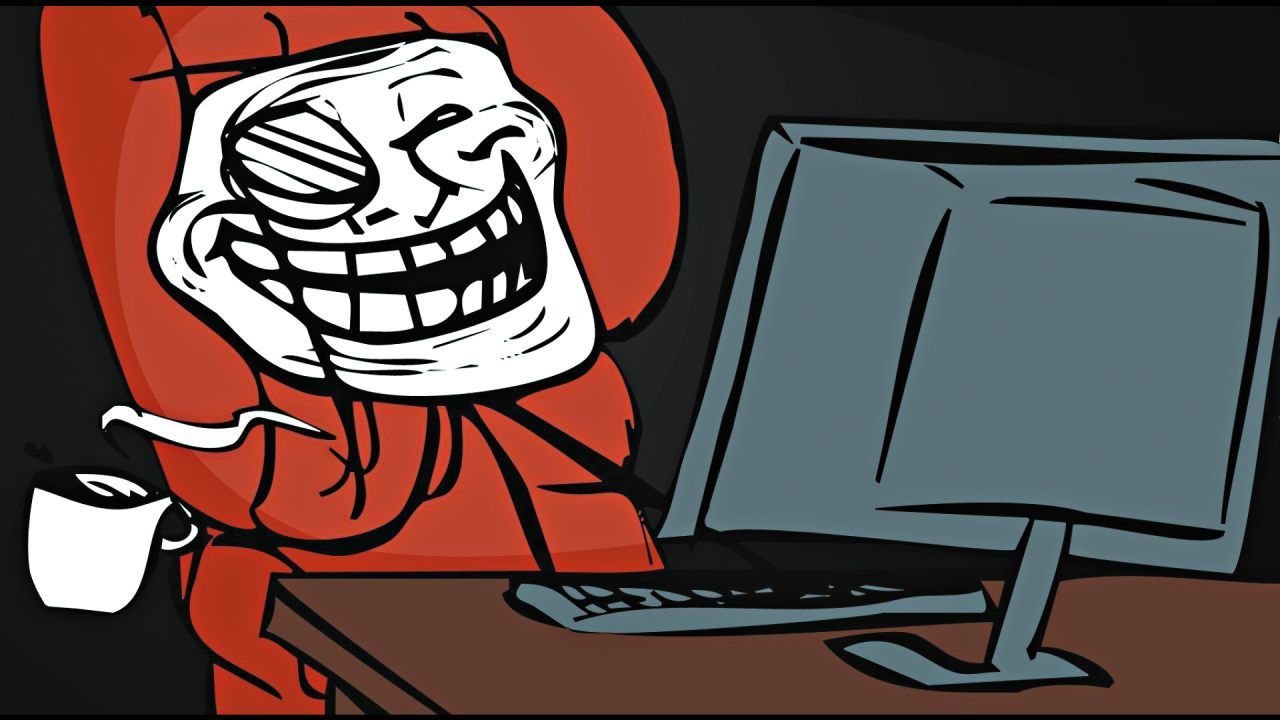 Tech pranks to pull off on your friends

Who doesn’t love pranks? Maybe the occasional wuss who got pranked diabolically in the past, but most of us can agree that, if executed perfectly, pranks are a great source of entertainment, at the expense of your unsuspecting victim. The best time to play pranks on your friends? NOT on April Fool’s Day, since the surprise element is crucial to achieving pranking mastery. If you’re a tech-savvy individual (or even if you’re not, for some of these), its time to dismiss some of the older classics such as Whoopee cushions and chewing gum on a seat, and enter the league of techy pranksters who have a ton of fun while showing off their technical prowess. We’ve got some ideas…

Developer options allow users to gain control over their Android device on a granular level. But you can also have some fun with it. All you need to do is grab a hold of your friend’s phone for a minute or two, maybe while she/he is off to the washroom, and activate developer options. To do this, head over to Settings > About Phone > Software Information > Build Number. Tap Build Number rapidly 5 times and you will be inducted into a group of a select few people that know about this hidden setting on their Android devices. Now you will be able to see Developer Options in your Settings menu under About Phone. Tap on it and scroll down to ‘Show Surface Updates’, ‘Show layout bounds’ or ‘Show GPU view updates’. Activating either of these will apply on-screen effects that resemble glitched screens. Lock the phone and give it back to your friend and watch them agonise over how to fix something they never knew exists… Yep, we’re evil. Note: If you want an article dedicated to everything about Developer options on Android, let us know. 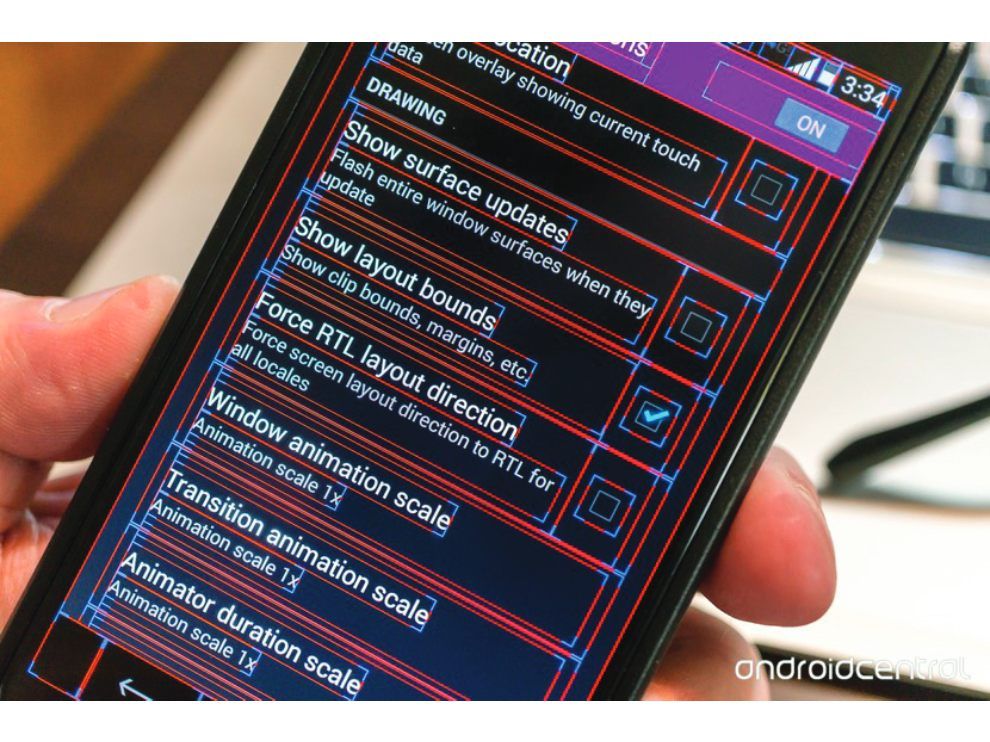 Left-to-right text is most prevalently used across the world and we underestimate how difficult and disorienting things can seem when they’re switched the other way round. Grab your friend’s phone and activate Developer options as directed above. Scroll down to ‘Force RTL layout direction’ and lo and behold! Everything on your friend’s phone will switch to the right-to-left layout including text, apps stacking direction, apps menu scrolling direction and more. It will be bewildering and frustrating and absolutely hilarious for you!

Flip the PC screen upside down

With this prank, controlling the mouse or trackpad will become a Herculean task and your friend may be incited into throwing a bookshelf at you. Be warned! You can flip your friend or colleague’s PC screen upside down by right-clicking on the desktop and going to Display Settings (or Screen Resolution on older versions). Now you can select ‘Landscape (flipped)’ and everything will be flipped upside down. On Mac, you can hold Command + Option simultaneously and go to System Preferences while holding these keys. Go to Display (while still holding the keys) and a new menu called Rotation should appear where you can flip the display and save it. In case your friends aren’t too tech-savvy, they are going to spend a good amount of time with their heads cocked to the side like a dog anticipating food trying to figure out what’s going on and how to fix it. If they are tech-savvy enough to know what’s happening, it will still cause them enough annoyance to revert the display to its original state. 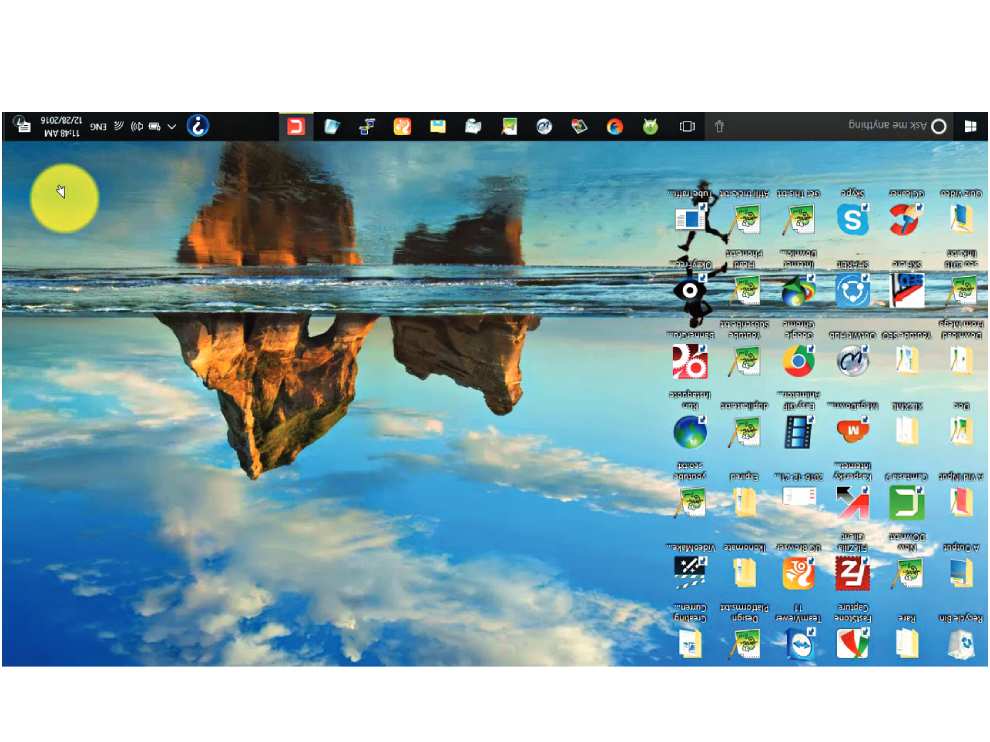 Mess with text shortcuts on your friends’ smartphones

Maybe you have a friend that is the ‘No-Man’ in the group and you want to transform him into a ‘Yes-Man’. Or maybe you just want to change some casual words like ‘hi’, ‘okay’ or ‘what’s up’ to something super embarrassing. We’ve got you covered. On iOS, go to Settings > Keyboard > Shortcuts and then enter your prank phrase into the Phrase box and the commonly-used word into Shortcut. Unfortunately, we couldn’t get GBoard for Android devices to work in a similar manner but for the folks out there who have friends using Samsung devices, you can pull this one off as well. Head over to Settings > General Management > Language and Input > On-screen keyboard > Samsung Keyboard > Smart Typing > Text Shortcuts (It’s buried deep within, yes). Click on Add in Text Shortcuts and enter your common word in Shortcut and your prank phrase in Expanded Phrase. Now, every time your friend types ‘hi’, as an example, it will automatically replace it to something funny. Note that on Samsung, the user will have to press space after the word for this to work, so use a word that’s maybe utilised in between sentences such as ‘but’ or ‘and’.

Set up basic or even advanced tasks in Task Scheduler to open a certain app or window on your PC. It could be as simple as a spooky message on Notepad saying “I’m watching you” that you set up to activate at a specific time or even Internet Explorer opening up over and over if your friend is a Google Chrome user, as if a phantom IE-loving entity is forcing you to join the dark side. Or you could program the task to open a specific web page on the browser every few minutes by creating a new task, running through the wizard and then picking a browser executable, plugging in the site name into the arguments box and then simply set a schedule to repeatedly perform this task every few minutes (depending on how maniacal you actually are).

You may even be successful in throwing off tech-savvy individuals with this prank and the best part is that it is diabolically simple to set up and requires you to access your friend or colleague’s PC for only a minute or two. All you need to do is right-click on an app they use habitually, go to Properties and then in the ‘Target’ window type “%windir%\system32\shutdown.exe -r -t 00”. Your friend is going to go absolutely crazy trying to figure out what exactly is happening to their system. It may even cause him/her a few sleepless nights, but hey, that’s the point of ruthless pranks, isn’t it?

Phantom Keystroker is an insanity-inducing gadget that looks like a USB thumb drive but it sends random commands when it is plugged into a PC. The device can be set up to cause random mouse movements, random typing and toggling caps-lock on and off.

This little gadget supposedly has the ability to make listeners physically sick. You will need to plug the tiny device into a 9-volt battery and it emits “ultra-high frequency soundwaves” which causes queasiness. Even if this doesn’t actually make your friends nauseous, it will be super annoying.

This app appears to be a game at first but then unexpectedly flashes a scary face which will cause most people to freak out. The best part? It uses the smartphone’s camera to capture your friend’s reaction!

Whip up a quick little prank with your smartphone with ‘Dude, your car!’. Click a picture of your friend’s car and add pretty realistic-looking dents, scratches, smoke and other effects to it to give your friends the scare of their lives. There’s a similar app on Android, but the effects are only limited to car burning ones and they don’t look too realistic.