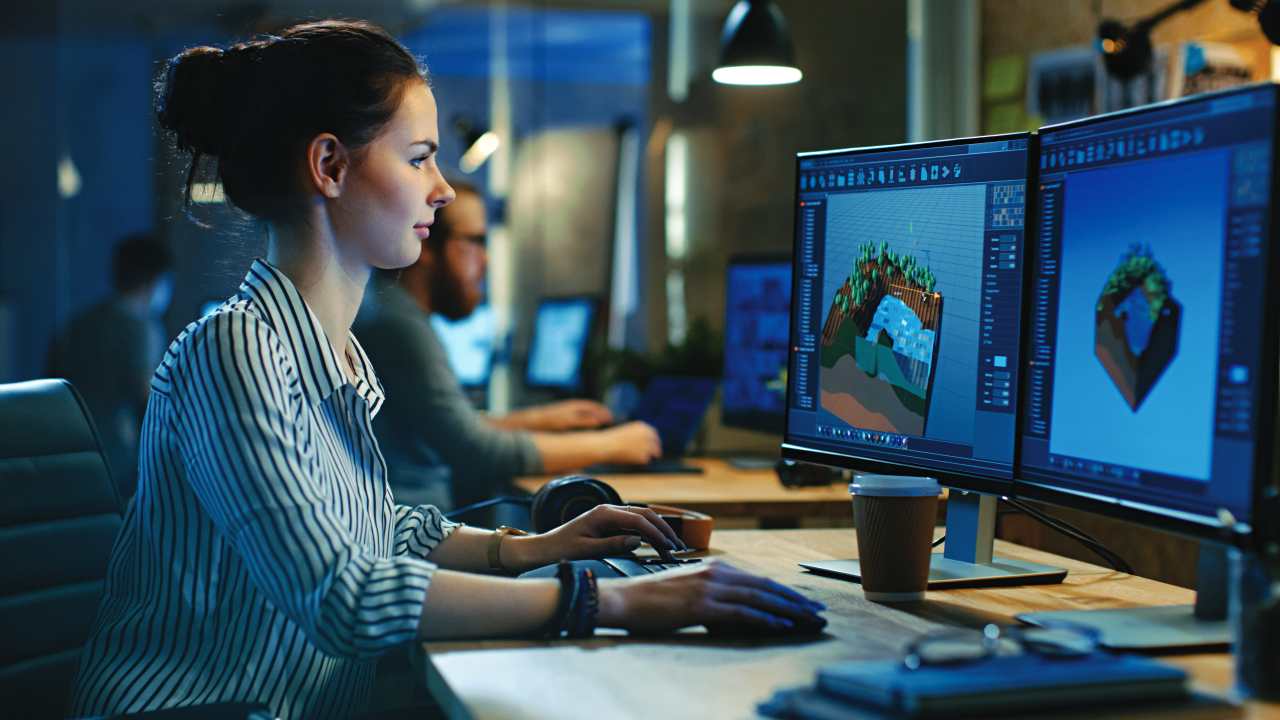 Explore a career as a Video Game animator

Growing up with computers, most of us would have experienced video games at some point that had us marvelling at the animated visuals. As the years have elapsed, and the technology has only reached new heights. From simple, one-dimensional, box-shaped items and characters to cinematic masterpieces today. The presence of Indians in this burgeoning field is increasing over time as our country becomes home to some excellent VFX and animation courses. According to NASSCOM, the Indian gaming industry is worth approximately $890 million and there are over 100 game development organisations in the country already. Additionally, Hollywood game studios have also begun widely outsourcing animation to India which gives them access to young, talented individuals and also, well… cheaper labour. Nevertheless, the video game animation industry can net talented game designers a sizable salary. Since gaming is a growing industry in India, the demand is almost consistently on a rise. So, if you envision a career as a video game animator or a video game designer, here’s an overview of what you should know and expect.

What is video game animation?

Video game animation primarily focuses on game design and the interactive aspects of animation. Game animators merge art and technology to design interactive animated images and environments for video games. That’s not the only thing they do though. Video game animators also have to mold these characters by giving them a personality and presence, which has to come through with their actions. Therefore, thorough collaborative work with the art directors and designers is essential.

Tony Ravo, a video game animator told Game Industry Career Guide that animation in games doesn’t just serve the story, but also the game design. He stated, “You have to place as much personality as you can in those frames (that the game supports)”. Game animation differentiates itself from film and television animation since the former poses several technical limitations as well as opportunities within the interactive platform of games.

There are four non-negotiable skills video game animators are required to possess in order to succeed in this cutthroat field. Firstly, you must possess a knack for art, design and creativity. For this, you must be an impeccable observer, studying the movement of the world around you and consequently replicating and enhancing it in your own creative manner. You not only have to recreate movements but also envision how these movements will be controlled by real-life players. This is a key separating factor between game animators and animators in other domains since the others don’t have to worry about the usability and feeling of movements that have been animated. Understand the fundamentals of weight, mass, balance and momentum to ensure that the characters stay true to the players’ understanding of world physics (or outerworld physics, if your game demands that).

A game animator must also have a clear understanding of animation tools, processes and systems. Reskilling and upskilling in this field is almost mandatory every couple of years since the technology moves inexplicably fast. Also, within the technical skills they possess, they must attempt to keep breaking the barrier and finding out better techniques or methods to make their animation more efficient or of superior quality. 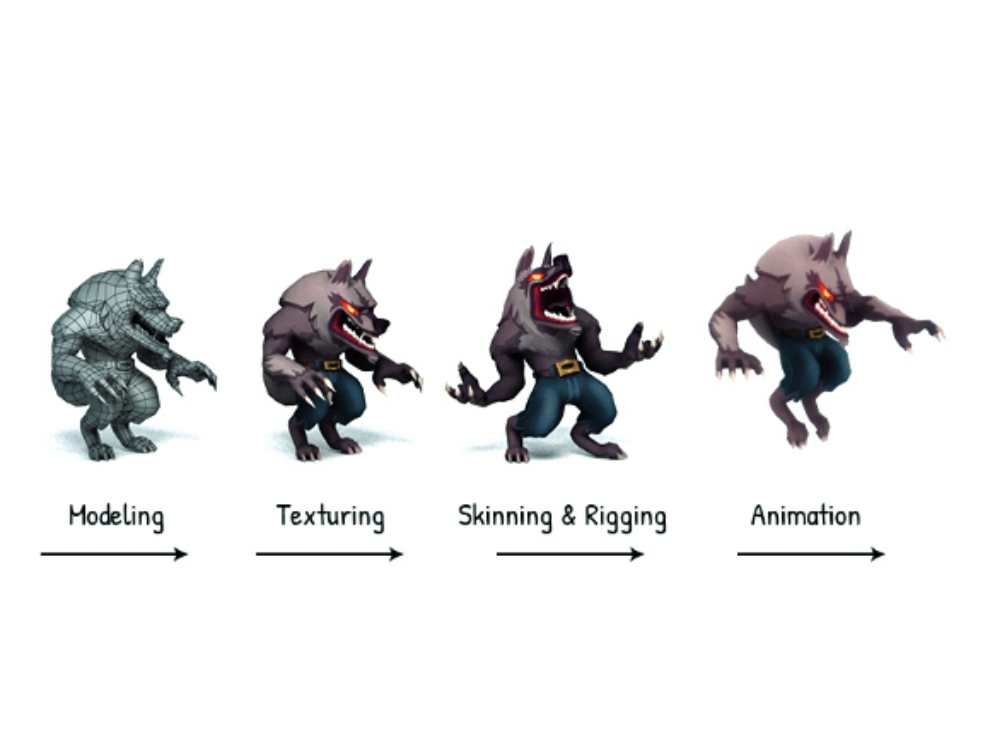 Lastly, you must know the nature of your field. Game animators are an integral part of the game development team. This is why they must accept the fluid nature of game development. There’s no fixed hours since there’s no telling how many test iterations it will take to make a game fun and functional at the same time. You may have to mold and adapt according to the other facets of the team and also work closely with designers, programmers, artists, audio technicians and more to bring your collective creations to life.

If you’re looking into video game animation as a career path, you’d ideally want to pursue a degree at an arts school that has dedicated courses for animation. A bachelor’s or master’s degree in animation, art, computer graphics or illustration is best suited for aspiring game animators. Such courses proffer extensive training in 2-D and 3-D animation techniques and technologies and also teach you about modeling, game design, interactive design, art, texture and much more. However, artists that do not have these particular educational qualifications can also obtain employment if they have the right combination of creativity as well as experience using animation software.

It usually takes about 2 to 4 years of working closely with video game animation technology to achieve proficiency. Programs such as After Effects, Flash, FinalCut Pro, Illustrator, Maya, Photoshop, Studio Max and other such video production and graphics programs are quite essential. Colleges, abroad as well as in India, offer classes to learn these programs. Additionally product vendors also provide tutorials and courses surrounding their software.

Some of the best 2-D animation tools for game development include Aseprite, Spine, Creature, Pyxel Edit and others, while the most sought-out 3-D animation software include 3ds Max, Motionbuilder, Blender, Cinema 4D, Maya. While Autodesk’s Maya and Max are two of the most popular software, they are quite exorbitantly priced. Now, they are facing competition from a host of free offerings such as Blender.

Animators should also possess basic knowledge of processes common in the field such as polygon modelling, rigging, and skinning. They should have an intimate understanding of the animation export process and its abilities and limitations. This can help save time and increase iteration, which can be a deciding factor in whether your final product is merely acceptable or polished. Additionally, animators must also be familiar with game engines such as Unreal and Unity, which are now free. These are software that ultimately wrangle the myriad aspects of a video game such as data creation and game assets together.

There are not just one, but several different areas within video game animation that animators can specialise in. Large studios which typically boast of bigger teams have specialised animators that take care of different aspects of animation, however, in smaller studios animators typically have to adorn many hats. According to the book Game Anim: Video Game Animation Explained by Jonathan Cooper, a renowned game animator who led large projects such as the Assassin’s Creed and Mass Effect series, these are the different areas of video game animation.

The animation of the motion of characters which are under the player’s control.

This is a crucial area to focus on since the animations on the face can be easily critiqued by even the most undiscerning player.

An area of animation where one should have a knack for cinematography, staging and acting in order to add depth to the story, environment, and characters of the game.

A working knowledge of processes such as character creation, rigging, skinning and implementation into the game.

The demands of character animations often differ from those of nonplayer characters (NPCs) since they are not player-controlled and their actions are usually supported by AI.

Environments and props bring life to the listless locations in a game. A character’s interaction with the environment is also extremely important in gameplay.