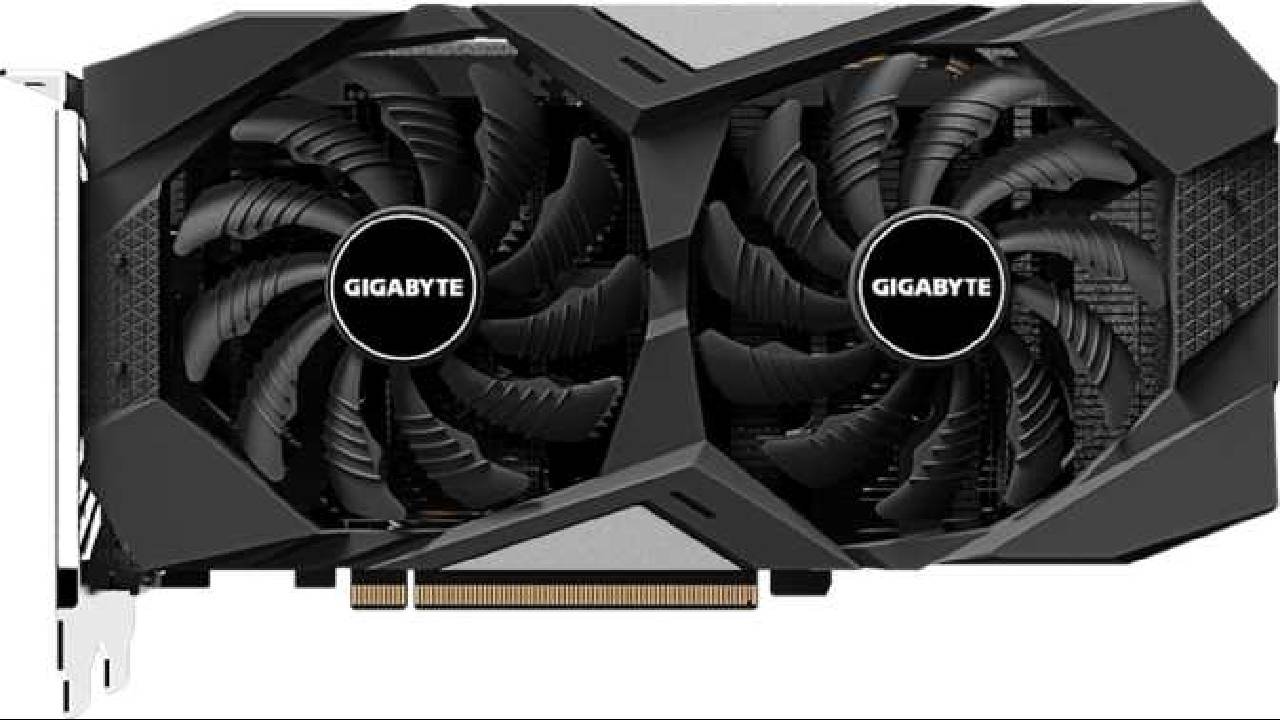 Let the battle of the budget graphics cards begin!

Ifter a bevy of NVIDIA GPU launches for the budget segment, AMD's GPUs were left in the lurch. At every price point, NVIDIA's had more GPUs to offer and from more manufacturers, nonetheless. AMD changed that in the mid-range segment with the introduction of the RX 5700 and the 5700 XT. These were quite competitive and even better than NVIDIA's cards at a similar price point. Since official price cuts take their own sweet time to get to India, we don't see NVIDIA cards gaining the upper hand in that particular segment. However, as it stands, it is the only segment where AMD has the better GPU. Needless to say, everyone's been waiting for the same RDNA GPUs to make their way into the budget segment as well as the high-end segment.

The RX 5500 XT that we have today is courtesy of Sapphire. It's an 8 GB SKU with 22 compute units housing 1408 stream processors in total. It has the advantage of being the only GPU to ship with 8 GB of VRAM in the budget segment. The competing GTX 1660 Super from NVIDIA only ships in 6 GB variants. Speaking of competition, we're comparing it to the NVIDIA GTX 1650 Super which has been given to us by GIGABYTE. It's their WINDFORCE 2X card which also comes with a moderate factory overclock. The GIGABYTE GTX 1650 Super WINDFORCE OC 4G also features a backplate and has two 90mm cooling fans as part of the WINDFORCE design. It's a 4 GB SKU and retails for about `13,905 in India.Both graphics cards are relatively new to the market and are quite competitive in performance as you will see later on. Before we get to that, 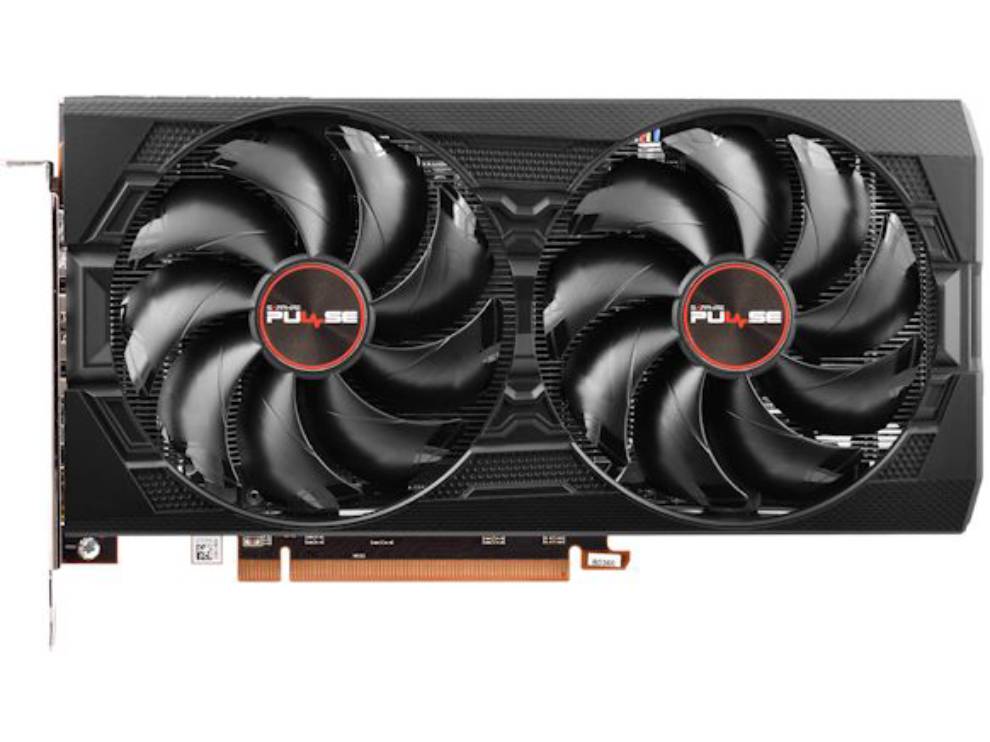 In the 3DMark Time Spy benchmark, the AMD Radeon RX 5500 XT scored 5211 points whereas in 3DMark FireStrike Ultra it managed to achieve 3522 which is higher than what the GTX 1650 Super managed. Coming to the frame times, we ran Gears 5, Shadow of the Tomb Raider and Borderlands 3 to look for any frame time inconsistencies. We did not notice any massive spikes which could be indicative of a stuttering problem. The average frame time for the RX 5500 XT was between 10-15 milliseconds with barely a millisecond worth of lead over the NVIDIA GTX 1650 Super.

The NVIDIA GTX 1650 Super scored a little lower in both benchmarks. In Time Spy, it managed to get 5089 which isn't that far behind that of the 5500 XT but in FireStrike Ultra, the score was much lower at 2387. Again, we'd like to point out that the GTX 1650 is a 4 GB SKU whereas the Radeon RX 5500 XT is an 8 GB SKU. Frame time analysis of the same games running on the GTX 1650 Super showed more or less stable numbers. The two graphics cards were very close to each other as the frame times were between 10-15 milliseconds throughout the benchmark run.

Under idle conditions, the power consumption of the entire system with the Radeon RX 5500 XT consumes about 50 watts which is understandable given that modern operating systems will switch to the iGPU while the discrete card will also enter a lower power state. Most cards we've tested run at similarly low power states. When gaming, we see that the PC ramps up to consume about 2.6x the power at 182 watts. Using a power virus only takes it up by 14 extra watts. Our older benchmarks with the RX Vega 64 used to clock up about 405 watts. The RX Vega64 is from a previous generation of microarchitecture but the two cards sell for near the same price these days on Indian ecommerce websites.

Meanwhile, the temperature of the graphics card under idle state is about 33-34 degrees celsius and during gaming that goes up to 66 degrees in an open chassis. You can expect this to be much higher in a closed chassis.

Surprisingly, the NVIDIA GTX 1650 Super based system had the higher power consumption in idle state with our measurements pegging it at 56 watts. At the lower end of the spectrum, the power values ​​don't make that big of a difference but if you take the same GPU and stick it in a laptop, then this will lead to noticeable power savings. While gaming, the GTX 1650 Super consumed a little less power than the RX 5500 XT. In our tests, these were about 4 watts lower than the RX 5500 XT based system. With a power virus, we noticed that the NVIDIA card consumed a lot less than the AMD card. The gap had now widened to 16 watts. It should be noted that all these measurements are obtained after switching off all the nasty RGB features.

Coming to the temperature, the GTX 1650 Super was running at about 29-30 degrees during idle state and while gaming the temperature would be about 70 degrees celsius which was, surprisingly hotter than the Radeon 5500 XT card.

Here's the FPS table for some of the games that we benchmarked on the RX 5500 XT. The Radeon RX 5500 XT comes in both 4GB and 8GB variants. Our SKU is the 8GB variant which gives it an advantage at higher resolutions. Moreover, the 8GB variant also commands a small price premium over the 4GB models. With regards to this particular brand, the price difference was about 2.5K

Subsequently, the same on the NVIDIA GTX 1650 Super. Most of the games run about 1-2 FPS lower than the Radeon RX 5500 XT except for Gears 5 and Battlefield V in which the 1650 Super seems to be at a disadvantage. It should also be noted that the GTX 1650 Super has 4 GB of VRAM which does affect video games with heavy texture files and at higher resolutions.

Both the GPUs are quite competitive in the budget segment. The RX 5500 XT and the GTX 1650 Super based GPUs are similarly priced as well, however, we are finding it quite difficult to obtain retail stock for the RX 5500 XT in the Indian market whereas the GTX 1650 Super cards are available in plenty from different manufacturers. AMD's cards clearly have the advantage of having 8 GB SKUs available as well for about 2.5K more than the 4GB SKUs and we do see that making a difference in a few video games. A competing card, in terms of Indian pricing, to the 8 GB RX 5500 XT would be the GTX 1660 Super which can easily beat the RX 5500 XT 8 GB SKU in most video games out there. So the RX 5500 XT is left in a rather unique position where its 4 GB SKU isn't as competitive to NVIDIA's GTX 1650 Super and its 8 GB SKU isn't competitive to the similarly priced GTX 1660 Super. This makes it hard for us to recommend the AMD Radeon RX 5500 XT over NVIDIA's cards given their Indian pricing. It's no wonder that we don't see any retail stock of the 5500 XT cards in any of the Indian stores. It would be prudent to wait for AMD's 5600 XT to see how well it performs. As of now, NVIDIA retains its hold on the segment.