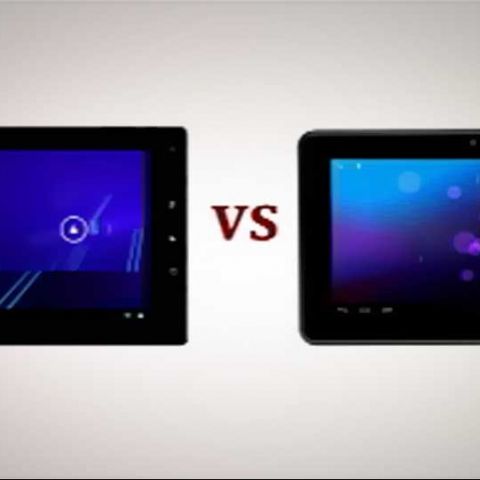 We have seen the first generation of budget tablets hit store shelves running ICS and even though they were good, they lacked certain features such as Bluetooth and inbuilt 3G connectivity.

Now we have started seeing the second-generation budget ICS tablets hit store shelves. These tablets not only boast of better looks but have updated the hardware under the hood as well.

iberry and Zync seem to be leading the second generation budget tablet and on paper the specifications of the devices look very good. We are, of course, referring to the iberry Auxus AX03G and the Zync Z999 Plus.

The biggest addition to these devices in terms of specifications is that they now support a SIM card along with 3G, have Bluetooth and an updated processor and GPU. But how do they stack up against each other? Well, here a quick look at the specifications of these two devices.

From the above table, it is evident that the specifications of both the iberry Auxus AX03G and Zync Z999 Plus are very close to each other. The only places where there is significant difference is the memory (1GB versus 512MB respectively), battery (4,000 mAh versus 4,200 mAh), and the processor (1GHz versus 1.5GHz).

The iberry Auxus AX03G is also cheaper than the Zync Z999 Plus by Rs. 2,000. Both the devices run on Android 4.0 ICS and there is no information on whether these devices will be upgraded to Android 4.1 Jelly Bean.

For now, on paper, the iberry Auxus AX03G looks like the better device – more value for money, with roughly equal performance. However, till date we’ve only had the chance to review the Zync Z999 Plus (check it out here), and we found it to be quite a capable performer! We will have to reserve our final judgment however, until after we review the iberry Auxus AX03G.

A few weeks ago, we took the budget tablets available in the market and compared them on the basis of their benchmark performances.

Here’s a look at the benchmark performance of tablets that are under Rs. 10,000.

At the end of the day, the consumer is the one who is spoilt for choice with the widespread availability of capable budget tablets, all striving to be the best.