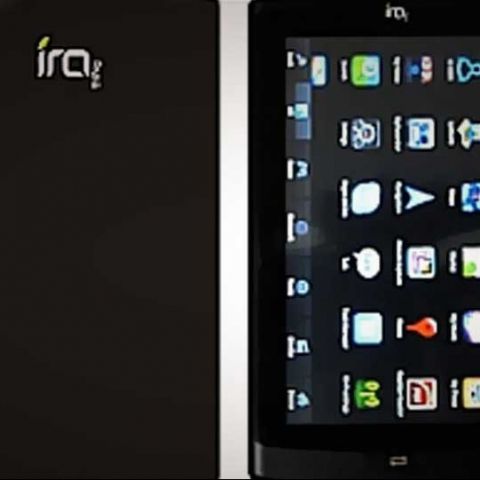 The Indian market is already awash with budget tablets, and numerous new manufacturers are joining the race to further heat up the competition.

WishTel, BSNL, Zync and Intex are the latest entrants to the Indian budget tablet market.

BSNL recently forayed into the tablet market with the launch of three tablets including the ultra low-cost Penta T PAD IS 701R (priced at Rs. 3,250). Unfortunately, the availability of the tablets in the retail market has been delayed for a while.

WishTel, however, with its recent launch of two low-cost tablets, will for a while offer the most affordable low-cost tablet from a private manufacturer in India, with its ultra low-cost Ira-series tablets starting at Rs. 4,000.

We bring you a quick comparison between the two hottest ultra low-cost tablets – WishTel Ira and Aakash 2.

The WishTel Ira sports a seven-inch capacitive touchscreen with 800 x 480 resolution, while the Ira Thing has a resistive touchscreen with the same resolution. The Ira runs Android 2.3 Gingerbread OS and is powered by an 800MHz CPU. It has a 512MB of RAM. The device has a 4GB inbuilt storage expandable up to 32GB via MicroSD card. For connectivity, the device supports Wi-Fi, 3G and USB 2.0. The Ira has a 2,800 mAh battery. The device comes preloaded with a bunch of apps such as a Web Browser, Media Player, Photo viewer, Office, MSN, Skype, Gtalk, Note pad, Clock, Weather and more.

The Aakash 2 tablet is going to be an improved version of the original Aakash tablet, which was developed by DataWind. The device will have a seven-inch capacitive touchscreen and will be powered by a 700MHz Cortex A8 processor. The Aakash 2 tablet will have an improved 3,200 mAh battery, which is rated to deliver three-hours of back up. The device runs Android 2.3 Gingerbread OS and supports the following document (DOC, DOCX, PPT, PPTX, XLS, XLSX, ODT, ODP, PDF), image (PNG, JPG, BMP and GIF), audio (MP3, AAC, AC3, WAV, WMA) and video (MPEG2, MPEG4, AVI, FLV) file formats. For connectivity, the device supports Wi-Fi and GPRS. The Aakash 2 is priced at Rs. 2,276.

As you can also see, the Aakash 2 tablet continues to be the cheapest tablet in the market so far. Even at a price of Rs. 5,000, the WishTel Ira still costs twice as much as the Aakash tablet. But having said that, there's no confirmed information about the availability of the Aakash device. Though Union minister Kapil Sibal has said that the device will be launched next month, we're not sure that'll happen, especially considering the previous failures to meet deadlines.

Would you prefer waiting for another month to lay hands on the Aakash 2 tablet? Or, will you go ahead with WishTel's Ira tablet that costs you twice as much as the Aakash tablet? Let us know in the comments section below: