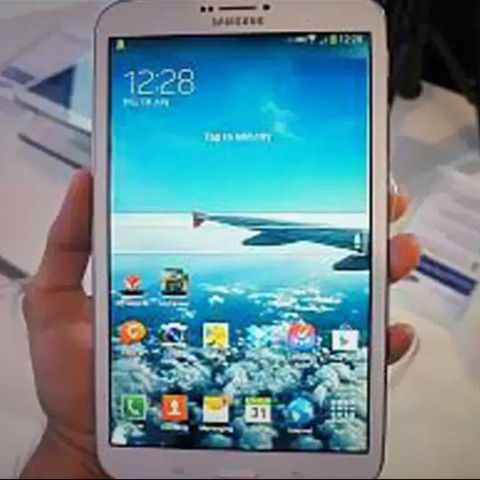 At the Samsung event today, the South Korean giant launched three models in its Galaxy Tab 3 range. We take a look at what features these devices offer.

Starting with the specifications of the Galaxy Tab 3 211, the device boasts of Wi-Fi and 3G connectivity and is priced at Rs. 17,745. It has 7-inch display with a 1024x600 pixel resolution and is powered by a dual-core 1.2GHz CPU coupled with 1GB of RAM. The device has 8GB built-in storage expandable up to 32GB via a microSD card. The rear of the tablet has a 3MP camera and the front has a 1.3MP camera for video chatting. The device is 9.9mm in thickness and weighs a mere 304grams. A 4000mAh battery powers the package which Samsung claims will support the device for up to 20 hours of talk time.

If you are someone who has used the Galaxy Tab 2, and if you are handed the Tab 3, you won’t notice a world of difference. The form factor of both the devices is the same and the Tab 3 211 has slightly better specifications. The device doesn’t support the ability to run two apps in multi-window, something we are using to doing on smaller screen devices such as the Galaxy Mega 5.8, Galaxy Note II and more. The 7-inch Galaxy Tab 3 is an incremental upgrade when compared to the Tab 2. It is lighter and thinner but the difference isn’t noticeable to the naked eye.

Apart from TouchWiz UI, Samsung apps and the usual Samsung shenanigans, Samsung has introduced My Services. My Services offers users services such as My Education, My Offers, My Games, My Music, My Movies and My Education.

My Music and My Movies: You have access to a large library of movies and music to choose from. You can access this content with “coins” each movie or song costs a certain number of coins. To put this in real world value, one coin is equal to one rupee.

My Offers: My Offers gives users access to deals and schemes available at stores listed near you. While using the app at the event, we saw that there were a few deals available on electronic items available at a near by Reliance Digital. The app features deals from 350 brands and 25000 merchants in India.
Moving on to the 8-inch tablet, the device is available in tow variants – Wi-Fi only and Wi-Fi 3G priced at Rs. 21,945 and Rs. 25,725 respectively. The specifications of both the tablets are identical. At the event, only the 8-inch Wi-Fi 3G version was showed off.

The Galaxy Tab 3 311 has an 8-inch display with a 1280x800 pixel resolution. Under the hood, it has a dual-core 1.5GHz processor along with 1.5GB of RAM. The rear of the tablet has a 5MP shooter and the front has a 1.3MP camera. It has 16GB built-in storage expandable up to 64GB via a microSD card. A 4,450mAh battery powers the entire package. The tablet is quite comfortable to hold and is very reminiscent of the Note 510. It doesn’t have Samsung’s S Pen stylus.

The tablet supports multi-window, which is to say that you can access two apps simultaneously on the large 8-inch display. The 8-inch Galaxy Tab also houses an IR blaster and can be used as a universal remote. In terms of connectivity options, you have the microUSB port at the bottom and the headphones jack at the top. The right houses the power button along with the volume rocker and the SIM card and MicroSD card slot rest on the left. The bottom of the tablet houses the two speakers as well. Apart from the standard QWERTY keypad, the tablet also has the ability to recognise your handwriting.

In our initial experience with the tablet, we found it to function quite smoothly, although we’re not sure what sort of market positioning Samsung is aiming for with the Tab 3 311, considering the Note 510 is available for Rs. 28,599 and is a much better proposition.