Microsoft Surface Pro 3: What's good, where it lacks and who should buy it 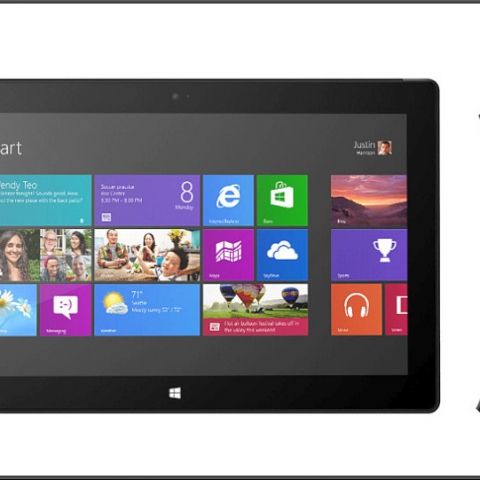 The third generation of Surface tablet, the Microsoft Surface Pro 3 is upon us, and Microsoft has chosen a different route this time, offering a large, 12-inch tablet which is designed to double up as a ultraportable laptop/ultrabook.

Surface Pro 3 as a laptop/ultrabook

Fast core hardware that will get the Job done

The biggest change on the Surface Pro 3 is the screen size and aspect ratio. Microsoft has ditched the common 16:9 aspect ratio for a more “squarish” 3:2 display capable of 2160 x 1440 pixels. The new aspect ratio for the surface allows more screen area vertically, similar to the iPad’s 4:3 aspect ratio. Surface Pro 3’s 3:2 aspect ratio should work well for office applications and its high pixel density will go well with the split screen multitasking feature offered in Windows 8.1. Overall the display is large and sharp enough for a ultraportable laptop-like use case scenario. The fact that it is a touchscreen device further aids ease of use, even when using the Surface Pro 3 as a laptop. While the screen is good enough for office tasks (browsing, mailing, video conferencing, chats, office documents, etc.) The 3:2 aspect ratio isn’t as suitable for videos and movies, you will have to do with black bars running across the screen at the top and bottom.

For ultraportable laptop users, 9 hours of battery life is premium territory, most Windows 8.1 ultrabooks tread in the 6-8 hours range for battery life. Though one must note the fine print under the 9 hour battery-life claim made by Microsoft – “Testing consisted of full battery discharge while Internet browsing over WiFi. Internet browsing was tested browsing 25 popular web pages. All settings were default except: Wi Fi was associated with a network, Auto-Brightness disabled, and Bluetooth Radio was turned off. Battery life varies with settings, usage, and other factors”. Yeah, we are pointing at the “Auto-Brightness disabled” scenario, questioning the brightness level of the display at the time of test. In real world usage, one surely will have the auto brightness turned on and that might just reduce the battery life of the device.

The Surface Pro Type cover for the Surface Pro 3 is larger than previous versions, matching the larger screen size. The larger dimensions allow the cover to offer an almost full-size keypad, making typing a comfortable experience. Having said that, you still don’t get the same tactile feedback as that of ultrabooks/laptops due to the shallow (low depth) of the keypad. The trackpad is slightly larger compared to previous gen and that should again improve the experience over the Surface Pro 2 but not match the performance from larger glass based trackpads offered by modern day Windows 8.1 ultrabooks.

Surface Pro 3 is most definitely a lot more portable compared to laptops and ultrabooks, thanks to its 0.8kg (800 grams) weight profile and compact dimensions. But, when using the Surface Pro 3 as a laptop, you’d have to factor in the weight of the Surface Pro Type cover to arrive at the final weight- adding the cover takes the weight to approximately 1.1kg, bringing it closer to the 1.3 kg ultrabook territory. In fact, the Sony Vaio Pro 13 launched in 2013 weighs lesser at 1.06kg while offering a proper full sized keyboard, 13-inch 1080p touch-screen and running on same Intel Haswell platform, delivering 8 hours of battery life. So, the Surface Pro 3 cannot be termed as the lightest Windows 8.1 laptop in the market.

Priced at $799 (Rs 48,000 as direct conversion), the Surface Pro 3 seems well priced. But, adding $130 for the “Type cover” pushes the price tag to $930 for a 64GB version with base Core i3 processor. Add 128GB flash drive and a Core i5 processor (same as all base versions of ultrabooks/laptops) and you end up with a final price tag that reads more like $1128 rather than $799. At $1128, the Surface Pro 3 competes with all the latest ultrabooks and is expensive when compared to Apple MacBook Air 13 (Microsoft chose to compare the Surface Pro 3 to MBA 13, at the launch event).

Microsoft Surface Pro 3 as a tablet

A 12-inch tablet, weighing 800 grams isn’t the most comfortable to use, especially if you have used or have been using the Apple iPad or any of the other 10-inch Android or Windows 8.1 tablets. $799 is too much for a tablet, if you don’t intend to replace your laptop with a Surface Pro 3

The best tablet in the business costs less, and with next generation tablets around the corner, investing $799 on a tablet isn’t an easy decision.

Yes, the launch models don’t offer cellular data connectivity, WiFi is the only way to get the Surface Pro 3 connected to the web. Microsoft will obviously add LTE variants to the lineup, we suspect that it might just happen along with the hardware refresh to Intel Broadwell platform. The Microsoft Surface Pro 3 does house a fan inside its slim chassis to keep things cool and while it might not be as audible (we’ll reserve our judgment on the fan noise once we get the review unit), holding it close to you when using in tablet mode could make the fan noise an irritant, especially in quite environments.

As stated at the beginning of this story, the Surface Pro 3 is a lot more of a laptop than a tablet, it does offer benefits in terms of portability and flexibility. But, we doubt whether it will make you dump your laptop and make the switch without making any compromises.