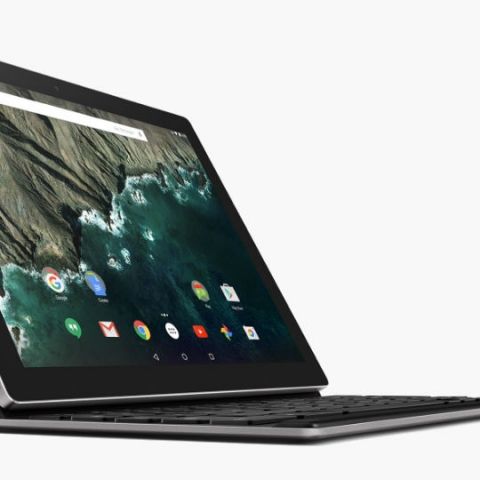 Google announced the Pixel C at its annual event yesterday. It is not a Chrome OS based device, and runs on Android Marshmallow v6.0. It comes in an all aluminium build just like the previous Pixel laptops we have seen from Google. There are no visible screws on the body, and the tablet just has an aluminum shell along with a 10.2-inch display and 2560 x 1800 pixel resolution affixed onto it. Like the two new Nexus phones and the last Pixel device, it also features a USB Type-C port. However, the one thing that makes it more interesting is the new $149 bluetooth keyboard, which connects magnetically. We know what you are thinking. Read on..

It comes with a keyboard. So what?
While a keyboard for a tablet may be nothing new, Google's implementation of this keyboard however is better than most. It allows the device to take a stand and be the hybrid tablet it wants to be. This is what Google has done and more or less achieved. The $149 keyboard accessory does tether via bluetooth but uses self-aligning magnets to do the rest. There is no dock, it doesn't require any contact points, it just connects seamlessly to the aluminum tablet. Google showed off how powerful the magnetic connection is by turning the device upside down when connected to the keyboard. Once it is snapped onto the keyboard, it can be adjusted anywhere between 100 to 135 degrees, which is about the ideal recline as a normal laptop. 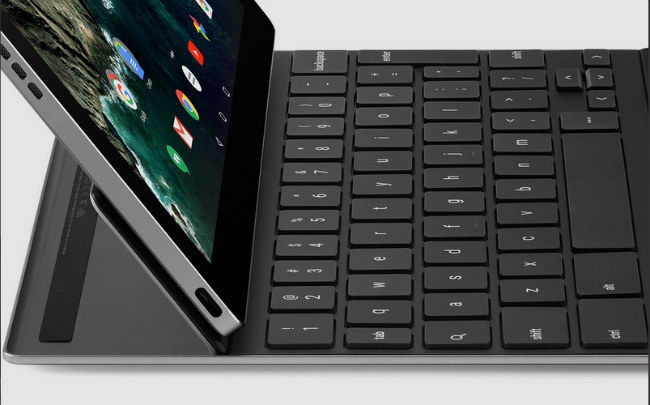 As for the key travel, Google says the experience is similar to typing on a normal laptop but that is something, which needs to be tested. The keyboard is an additional bluetooth accessory and has its own battery chraging itself when you close the tablet and snap the cover on to it. However, if you forget to do so, no need to fret, Google says it will last for about 2 months under normal usage. Basically, the company has embedded inductive charging in the display of the tablet itself, so that whenever the keyboard is not in use, it gets charged by the tablet. Simple, innovative. This presumably makes use of Android's new multiple charging modes.

Can it perform?
The Pixel C is powered by aN Nvidia Tegra X1 quad-core SoC. This is the same SoC that Nvidia used in its Shield Android TV device. The Shield can playback 4K content, and is capable of playing games at 1080p on the big screen. This leads to our belief that the Pixel C should be a powerful device. However, the Shield is a stationary device, i.e., always connected to a power source, with heat emissions confined in a larger body. On the other hand, the Pixel C is a handheld device in an all-metal shell. In this regard, we anticipate that the performance will be good, but questions of the device heating up needs to tested. Otherwise, the tablet has a formidable spec-sheet.

Google did not talk about its camera or the battery stamina at the moment, but with the device almost two months away from being available for sale, more information is expected. All we know from Andrew Bowers, Product Management Executive of Google, said that the battery life of the Pixel C is “great”.

Say Hello to Android Marshmallow
The first thought which comes to mind is that there should be Chrome OS on the Pixel C, since it carries the brand tag. Well, it seems like Google has blurred form-to-software boundaries with this new tablet. Anyway, the Pixel C runs on the latest Android v6.0 Marshmallow, and from all the new changes that we have seen so far, it seems good. The stock Android UI has always been the driving force for Nexus devices, and will now power a Pixel device too. The only feature added to its part of optimisation for the tablet environment is the ability to recognize when the physical keyboard is connected to it, or otherwise. As soon as the keyboard is disconnected, the tablet shifts to the on-screen keyboard automatically. 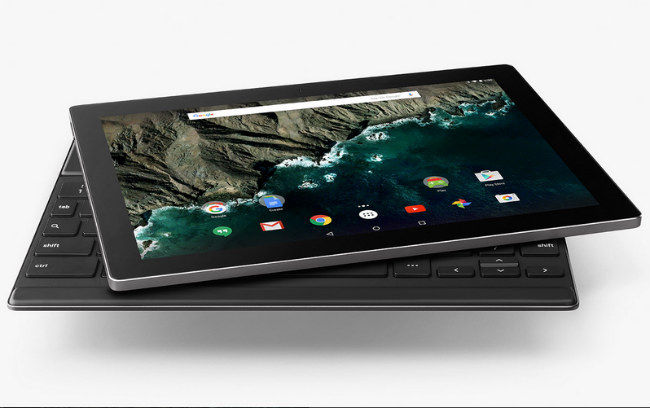 Isn’t this Google's iteration of the Microsoft Surface?
"Somewhat”, that is the answer. Microsoft came up with the idea of combining a tablet with an add-on physical keyboard cover, but the idea didn't take off. Three year onwards, it seems that Microsoft was up to something with the first Surface. The Pixel C has been innovated on the same note, but we must praise Google for improving the hybrid form factor. Recently, Apple also threw in its Hybrid device, with the 12.9-inch iPad Pro. It not only has a dockable keyboard, but also introduced a "Pencil" for it. Steve Jobs would have definitely loved the Apple Pencil. 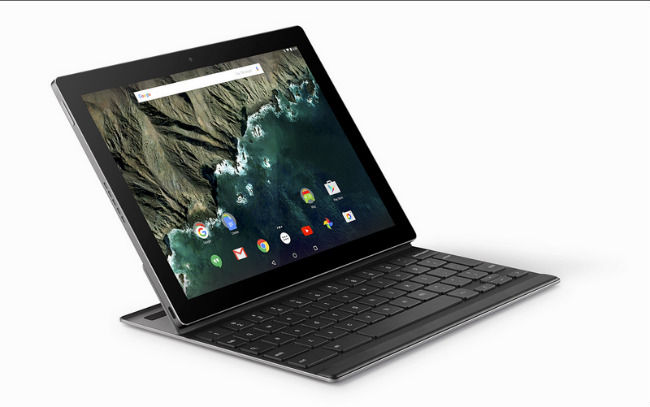 What about the competition?
The competition in the Hybrid category is slim at the moment, and considering the top three of the lot, they are the Microsoft Surface, the Apple iPad Pro or the Google Pixel C. These tablets do not only face competition from each other, but from mainstream and lightweight laptops, like the Macbook Air. This makes it far more interesting, since the newly launched Pixel C and the iPad Pro will have to prove themselves worthy, while Microsoft's Surface has been struggling for the last three years. A tablet hybrid offers better portability factor over traditional laptops, and brings productivity at par with them. Will this notion change with the new entrants in the field? Well, we might be able to infer, soon.

P.S. For those of you who are still wondering what the 'C' stands for, it stands for ‘Convertible’. Duh!

Apple's next iPad Pro model may have wireless charging support and a glass back
Apple could launch the iPad Mini Pro this year with an 8.7-inch display
Apple iPad Pro 2021 could perform as well as the M1-powered Mac
Samsung Galaxy Tab S7 FE with S Pen and Galaxy Tab A7 Lite officially launched in India
Everything we know about the Samsung Galaxy Tab S7 Lite
Advertisements