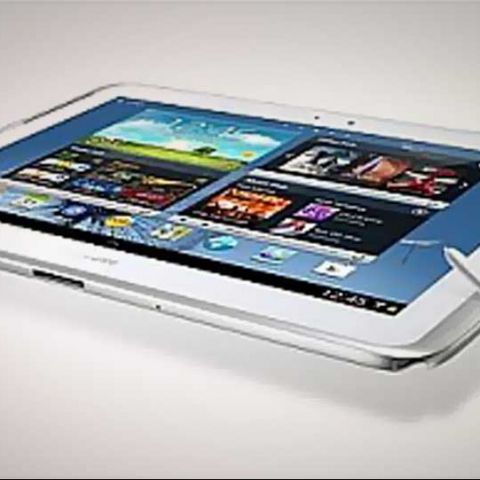 Diwali is possibly the best time all year to buy gadgets, not only because the best deals are rolled out at this time to woo the consumers, but also because a lot of new products are launched in the month leading up to the festival.

Schemes and discounts too are the best during this season. If you have been smart and saved up cash for this time of the year, shopping should be a lot more fun.

Of course, tablets are the current in-device, a must have after a smartphone, and in some cases, even replacing the need for laptops/desktops for some people.

However, making a tablet-purchasing decision is actually much harder than it seems (and it seems quite hard). Since we don’t want you to get confused with the sheer variety on offer, we have compiled a list of some of the safest bets when it comes to tablets, in the Indian market today.

If you decide to purchasing one of these tablets, you can rest satisfied that you have made a wise decision, one that won’t let you down.

Vishal Mathur contributed to this article.

This is the second generation iPad, but is still a very good deal for its price. In fact, we recommend this as the number one tablet to pick up as it has a lot going for it. To start with, the device is very well priced and can be picked up for as low as Rs. 23,000 It is also slimmer and lighter than the current gen iPad, and that says a lot.

The iPad 2 is a very good tablet to own, and doesn’t feel short on performance or battery life at all. The app ecosystem is also the best there is (for a tablet) and the iPad 2 can be updated to Apple’s latest OS with ease.

The Samsung Galaxy Note 800 is probably the best Android tablet we have seen till date, surpassing even the Asus Transformer Prime in its raw performance. The tablet has everything going for it - fantastic power under the hood, a great display and good battery life. The only thing it has against it is an underwhelming build that can be overlooked considering the overall package.

The tablet also brings with it a bunch of nifty functions not found on other Android tablets. To start with it brings the S-Pen (that we loved from the original Galaxy Note) to a tablet. This gives you the option to do a lot of creative things, something that can be considered an artist’s dream. The Samsung Galaxy Note 800 also has the ability to run certain apps side by side. This not only takes advantage of the power under the hood but also the screen space. You can type an email on half the screen while watching a video on the other half. Considering the power under the hood, this tablet is one that is future ready to receive the upcoming Android updates. If you are in the market to pick up a premium Android device, go ahead and pick this one up. Your only other alternative is the 32GB iPad (Wi-Fi 4G), which is priced at Rs. 44,900.

The Samsung Galaxy Tab 2 is a fantastic device. It hits the sweet spot between the budget tablets and the iPad. It has features and specifications that are value for money, and it is a better overall performer than the Sony Tablet S and the Motorola Xoom.

The device also has a 3G SIM card slot that not only enables you to access the internet on the go, but the Tab 2 also doubles up as a phone, giving you the ability to make calls and send text messages. The only disappointment on the Samsung Galaxy Tab 2 comes with the display, which could have had a better resolution and the fact that the Google Play store isn't well populated with tablet specific apps. If you are in the market to spend Rs. 20,000 on a tablet, the Samsung Galaxy Tab 2 should definitely be on your list.

The New iPad, or iPad (2012), as it has been variously called, brought the addition of the Retina Display to the iPad 2. The more powerful processor and graphics added a lot more punch to the entire package. While the more power and better display are huge add-ons for most users, anyone already using an iPad 2 would not find this upgrade enough.

But if you are someone who wants the latest and greatest, we suggest you hold off from picking up the third generation Retina Display iPad as the 4th generation iPad is expected to launch in India very soon. It has Apple’s latest Lightning dock connector and a much faster A6X chipset making it a powerhouse performer. Did we mention that the app ecosystem (especially for tablets)is fantastic and the device has an incredible battery life?

If screen size is very important to you and you are on a tight budget, then you may want to take a look at the Micromax Funbook Pro. Unlike other devices at its price point, it has a 10-inch display, with a decent resolution of 1024x600. The rest of the specifications are fairly standard - 1.2GHz processor, 1GB RAM, 8 GB storage expandable up to 32GB via a micro SD card, 2MP rear camera & 0.3 video call camera, Wi-Fi, Android 4.0.4.

One of the best features of the Micromax Funbook Pro is that it is quite loaded with content. Apart from giving users access to the Google Play store, it also gives them access to the Micromax app store. The educational app from the Micromax app store is quite interesting. You have access to content from a large number of courses such as MBA, Medical Entrance, CBSE, Engineering Entrance, Commerce, General Education and more. The amount of educational content itself is motivation enough for you to have this device if you are a student. But here’s the catch. The content of the app isn’t available for free. You have to pay for the courses you would like to access. The plethora of content that comes preloaded and the fact that the device has a 10-inch display is more than enough to give it a consideration as your first budget tablet.

Vishal Mathur contributed to this article.