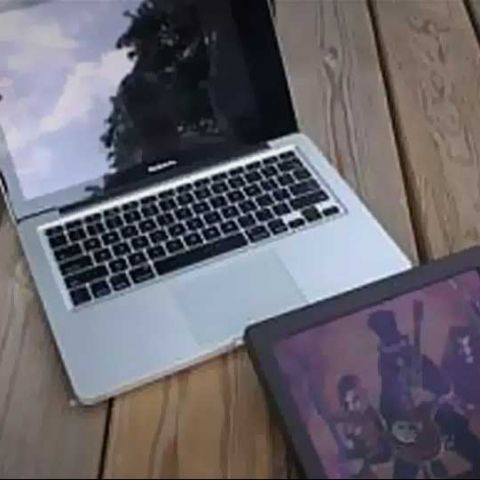 A computer display that has the refresh rate and color reproduction of LCD, but the power consumption and daylight visibility of e-ink — it sounds too good to be true, but I’ve just described an electrowetting display.

Electrowetting is an effect that, upon applying some electricity, alters a material’s wettability. Wettability is exactly what it sounds like: It’s a measure of how readily liquids can rest on the surface of a material. By reducing the wettability, the material repels the liquid resting on it. The end result is that you can alter the shape of the liquid: By default the droplet will be flat, covering most of the material’s surface — but apply some voltage and the droplet will try to minimize its contact area with the material, forming into a tiny, tight ball. 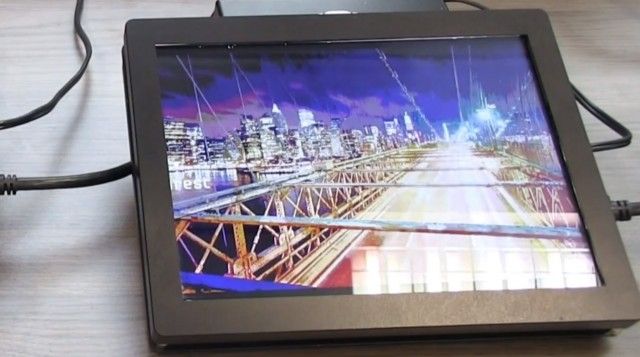 How do you use this effect to create a digital display? It’s actually quite simple. Imagine three subpixels, each covered by a different filter (red/green/blue). When light shines through a subpixel, and then through the filter, it produces colored light. By controlling how much light passes through each of the three subpixels — and thus varying how much red, green, and blue light is emitted — you can create any color.

In a thin-film transistor liquid crystal display (TFT LCD), the amount of light that passes through the subpixels is controlled by liquid crystals. In very basic terms (it varies from TN to IPS to MVA), the liquid crystal’s opacity is altered by applying electricity, allowing different amounts of light to shine through.

In an electrowetting display, a small blob of black oil takes the place of liquid crystal. In its base state, the black oil is opaque and doesn’t let any light through. Apply some electricity, the electrowetting of the substrate increases, the oil becomes a tight bead — and voila, lots of light passes through. Repeat this for all three RGB subpixels and you have a computer display.

Why is electrowetting better than TFT LCD? For a start, an electrowetting display only has a few layers, while a TFT LCD might have a dozen different layers and films — filters, polarizers, glare reducers, and so on. This results in an inherently brighter display, requiring less power to illuminate. Furthermore, electrowetting displays can be backlit — but they don’t require one. They can be viewed with ambient, reflective light (like e-ink), or frontlit.

Because electrowetting displays don’t use a polarizing filter, they are much more visible in daylight — both in reflective and backlit modes. Electrowetting response times are good — around 3ms to turn pixels on, and 8ms to turn them off; more than fast enough to watch a video or play a game. 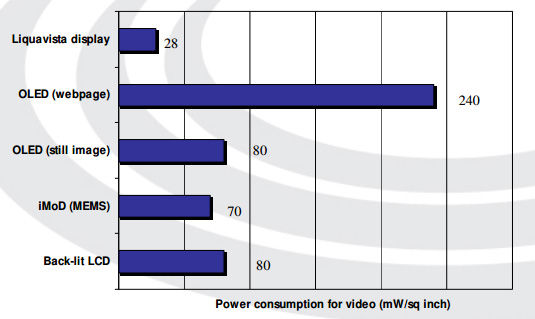 Finally, and perhaps most importantly, electrowetting displays share around 90% of the production process of LCD displays. This explains why Samsung, one of the world’s largest producers of LCD panels, acquired Liquavista — it’s excited at the possibility of bringing a superior display technology to market without having to massively overhaul its equipment.

Ultimately, if Samsung can successfully push the tech towards commercial viability, we are talking about a display tech that could dominate the mobile market. From full-color, daylight readable e-book readers, through to smartphones and tablets that last twice as long.