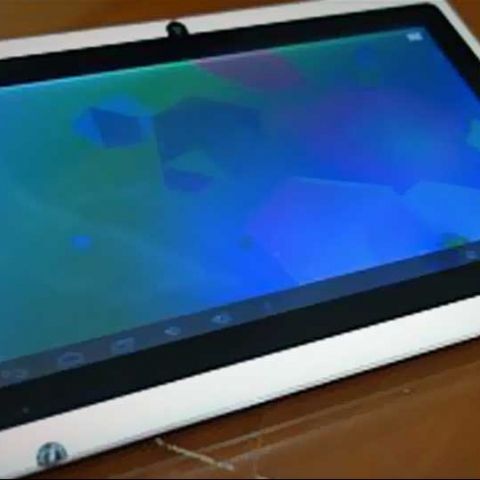 We take a look at the features and specifications of the DOMO Slate X14 tablet, a budget device recently launched in India at under Rs. 5,000.

Today we have with us the DOMO Slate X14 tablet. The tablet is available to users at Rs. 4,490 making it one of the most affordable budget tablets available in the market, without compromising quality and performance.

In terms of its specifications, the DOMO Slate X14 has a 5-point multi-touch enabled capacitive 7-inch LCD display with a 480x800 pixel resolution giving it a 240ppi pixel density. Under the hood, a 1GHz Cortex A8 processor along with 512MB of DDR3 RAM powers the device. For its graphical capabilities, it has the Mali-400 GPU. It has 4GB built-in storage expandable up to 32GB via a microSD card.

The Slate X14 tablet also boasts of a 3000mAh battery, which the company claims, will last up to 3 to 5 hours of surfing the web on Wi-Fi, watching video, or listening to music. The tablet can be charged via the DC in port as well as the microUSB port.

The rear of the Slate X14 has a simple plastic finish which is common to all budget tablets. The rear houses the speaker grill as well as the memory card slot. In terms of other connectivity options it has the headphones jack and the volume rocker on one side. The top of the device has the microUSB port, DC-in and the power button. The front of the tablet has a 2MP camera for video calling.

The tablet not only supports Internet connectivity via Wi-Fi but through external data cards for 3G data surfing as well. In the box users get the DOMO Slate X14 device, device charger, USB cable, OTG cable and documentation.

The DOMO Slate X14 runs on Android 4.0.4 ICS straight out of the box. Running Android, the tablet also has access to the Google Play store, which gives users access to a plethora of apps and games to run on the device. On the tablet, users also have access to five home screens, which can be customized with app shortcuts and widgets.

Setting up the DOMO Slate X14 is very simple. Switch it on and connect the device to Wi-Fi. Enter your Gmail details and you are all set to use the device and download apps.

All DOMO tablets come with onsite manufacturer’s warranty and their support website seems to have much streamlined support function through online ticket system, downloads and a detailed & meticulous Knowledge Base. Such Support module is one of its own kinds amongst the Indian brands.