DataWind showcases the UbiSlate 7C+, its recommendation for the Aakash 3 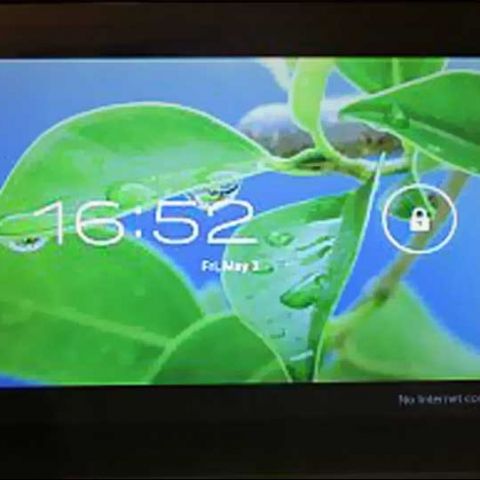 After having completed the Aakash 2 project, DataWind has now set its sights on the next government tender for the next version of the Aakash tablet, called the Aakash 3. DataWind on Friday showcased its new tablet – UbiSlate 7C , its recommendation for the Aakash 3 or Aakash 4 tablet.

DataWind’s recommended Aakash 3 slate comes with some significant upgrades from the Aakash 2. The UbiSlate 7C has a 7-inch multi-touch capacitive touchscreen with 800 x 480 pixels resolution. It runs Android 4.0.4 (v4.1 update due in June-end), and is powered by 1GHz Cortex A8 processor.

The tablet comes with SIM slot as well as supports Wi-Fi, EDGE (quad-band) and external dongle. It has 512MB of RAM. The built-in storage of the UbiSlate 7C is 4GB, and has a microSD slot that allows additional storage up to 32GB.

Besides upgraded the specifications, the UbiSlate 7C is available for Rs. 4,999. DataWind points out that most of budget voice-calling tablets in the market right now are above Rs. 5k, such as the Funbook Talk (Rs. 7,599) and Karbonn A34 (Rs. 7,299).

Most importantly, DataWind says it’s ready to supply the next tablet at Rs. 2,500, excluding sales tax and duties, Rs. 345 higher from the Aakash 2 price – Rs. 2,263 including 5 percent sales tax.

Besides price, DataWind also aims to focus on the education. The UbiSlate 7C comes loaded with CBSE curriculum, online tutoring, and Electronic Assessment engine for competitive exams in India that includes free 1 month trial for every student. The device also has Office applications, Diesel Book Store and My Jobs for job hunting to serve the purpose.
DataWind in a detailed presentation said it would continue to focus on affordability as it aims to cater to poor and middle customers of the country. Moreover, the sub-5k price point was highly important to achieve in a bid to reach out to the millions of Indians, who cannot afford high end tablets such as the iPad.Focus on affordability and education

The tablet will soon come up with support for more local languages.

Free mobile InternetAlso, it plans to tie up with schools and state governments in the country to popularise its educational tablet.

DataWind reveals its Breakthrough Internet-Delivery Platform (18 patents issued and approved) reduces the network load, speeds of delivery of content by 10 to 30 times. The technology allows users have a decent Internet experience on GPRS networks. Moreover, the company hopes to bundle the Internet price in the hardware, allowing users to have unlimited Internet experience after the purchase. Also, the company aims to tap the growing Internet penetration in the country.

DataWind CEO Suneet Singh Tuli during the presentation said the 7-inch form factor will no longer be the standard for the tablets; instead the 5-inch smartphones and 9 or 10-inch tablets will take over in the near future. He revealed the company is working on smartphones and tablets with new form factors.