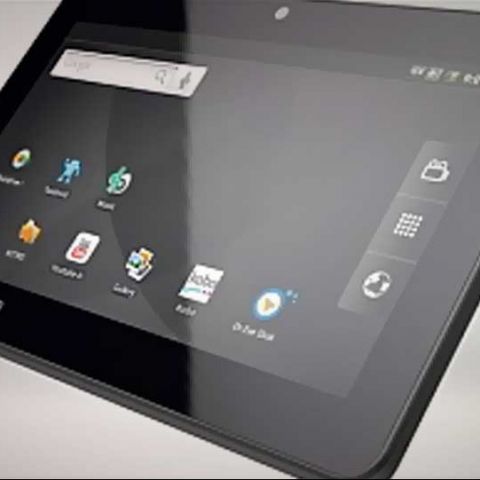 Tablet - a word that was synonymous with stationery and medicines until the late Steve Jobs launched a device called the iPad, and the rest as they say is history.

However, the Apple iPad is one expensive device and even though it is the dream gadget for almost every tech lover, it isn’t affordable by all!

That's where the plethora of budget tablets take the limelight. At the beginning, these budget tablets were, for the lack of a better word, horrible. Why? Well for starters they ran smartphone OSes and the utility you derived from them was zilch.

Fast forward two years and we have a different scenario. The phase of bad first generation tablets has passed; we have tablets that are not only affordable but boast of decent power under the hood. The best part is that these devices run on Google’s Android OS, which gets the job done really well, especially if the device runs Android 4.0 ICS.

If you are one who is testing the tablet waters and doesn't want to drop Rs. 35K on an iPad, we have just the thing for you – a buying guide for the beginner tablet enthusiast.

Yes, since this may be your first tablet purchase, we estimate that Rs. 15,000 will be the higher spectrum of your budget.

So, we are here to help you make an informed decision on what factors to look out for while picking up a budget tablet, and what bang will you get for your buck.

We’ve taken a comprehensive look at all the budget tablets we’ve tested, to ensure our findings are based on real-world experience, and not just specifications on paper – so don’t take our findings with a pinch of salt.

Straight out of the box, don't expect the build quality of the device to be stellar. On the other hand don't expect it to be bad either. The build of most of these tablets revolves around 7-inches except for the Intex iTab which not only has an 8-inch form factor but also breaks away from the traditional 16:9 aspect ratio for a more square look. This may be better in terms of typing but isn’t the best for videos.

The material used for these devices is plastic. Most of them have a matte finish which makes the device easier to grip but we have devices like the Zync Z990, HCL MeTab U1, Intex i-Tab and the Mercury mTab Neo 2 that have opted for a glossy back. The disadvantage of the glossy back is that it gets really dirty and smudgy really fast. 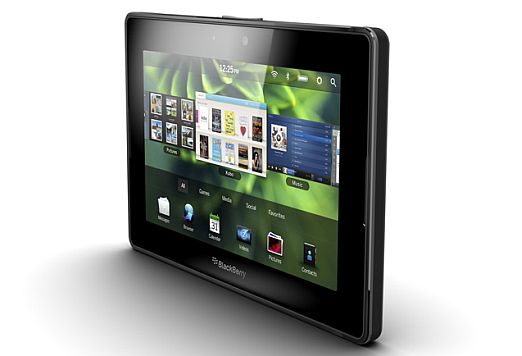 Overall, the build quality of these tablets is acceptable if not very good. Remember, the lower the price tag, the build quality is bound to decline. Even at the price of Rs. 6,500, the Micromax Funbook is decently built but feels a tad cheap when compared to the Mercury mTab Neo 2.

The only device that is in the sub 15K price point and built extremely well is the BlackBerry PlayBook. It has the most premium feel amongst all the budget devices.

All the displays suffer from the same problem – they are easily susceptible to glare. All the tablets play videos very well and perform everyday activities such as email, and browsing images or web pages, adequately. All in all, the quality of the displays is at par, more or less. Place one device next to the other (in the price bracket of Rs. 7,000 to 12,000) and there is hardly any difference that you will notice. The display brightness varies slightly and the colour gamut may vary a bit but the difference isn’t dramatic.

The processor under the hood does not really vary very much in the budget category – they are usually single-core processors, clocked between 1GHz and 1.5GHz.

If you go in for one of the mid-range or top-end tablets in the market instead, you will definitely get a lot more processing power than what is mentioned above, but the real question is do you really need that much power under the hood? It depends on what you intend to do with the tablet! 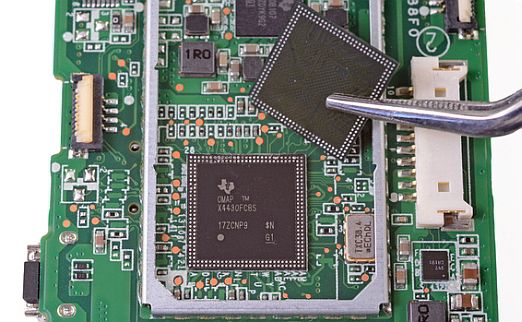 All the budget tablets we’ve tested have the ability to run the apps available in the app store. Sure, some of them may take longer to load, and in some cases with multitasking there is visible lag, but unless you are looking do some heavy duty work, these budget tablets offer a good overall tablet experience if you consider the power under the hood.

The place where you will feel the difference however is with the memory. The devices come with either 512MB or 1GB of RAM. The amount of RAM directly affects the smoothness and multitasking abilities of the device.

The devices in the budget category that boast of 1GB of RAM are the BlackBerry PlayBook, the Zync Z990, iberry AUXUS AX02. These tablets are much smoother when compared to the rest, with just 512MB of RAM.

The connectivity options available on most of these tablets are almost standard. Apart from the BlackBerry PlayBook, which can be charged via the microUSB port, the other devices have a DC IN jack for charging the battery. This is a bit of a letdown, as microUSB has become an unspoken standard for charging smartphones and tablet devices.

For such devices, it is necessary for you to have a USB 2G/3G dongle to connect to the Internet, apart from of course, using Wi-Fi. Not all the devices have a full-sized USB port – the ones that do not, usually come with a converter (microUSB to full USB), so you can connect an Internet dongle to the device. It is a bit of an inconvenience to have a USB dongle sticking out of the device but that is the price to pay with a smaller budget.

Most of the devices in the budget range have a nice array of connectivity options including HDMI-out (this includes the Zync Z999 Plus, iBall Slide, Intex iTab, Mercury mTab Neo 2, Micromax Funbook, Zync Z990, and iBerry Auxus AX02). Yes, you can connect these devices to your HDTV and enjoy watching movies and photos. It goes without saying that the devices support 1080p HD vide playback, and will play virtually any format you throw at them.

None of the budget tablets we tested featured GPS connectivity, though all offer A-GPS support (geolocation via celltowers), once you insert a SIM, or a USB 2G/3G dongle.

If you are one who carries a lot of data, such as music, photos, movies, apps, etc. on the go, be warned. The inbuilt storage capacity of these tablets, though substantial, is not very high. The Zync Z999 Plus, Mercury mTab Neo 2, Milagrow Women Tab, Beetel Magiq Glide, Intex iTab, and the iBall Slide boast of 8GB internal storage where as the other devices like the Zync Z990, iBerry AUXUS AX02, HCL MeTab U1, Micromax Funbook, Zync Z909 Plus boast of 4GB internal storage.

The BlackBerry Playbook offers 16GB internal storage, which is the highest in this list. The disadvantage is that there is no expandable option in the PlayBook where as the other device can house expandable storage up to 32GB via the microSD card.

Portability is not very useful, if your tablet runs out of juice with no charging point in sight. Battery life is thus an essential factor to look at before buying a tablet, especially if you are on the move often. Most of the budget tablets we’ve tested offer anywhere between 3 hours to 5 hours of continuous video playback, translating to roughly 5 to 7 hours of real-world usage – checking emails, browsing and social networking, and a bit of gaming and entertainment.

Another good feature of the budget tablets on offer is that most of them run on Google Android 4.0 ICS (except for the PlayBook that runs on the PlayBook OS 2.0). The only budget tablets to run an older version of Android are the Mercury mTab Neo 2 and the iBall Slide that run on Android 3.0 Honeycomb, and the Intex iTab that runs on Android 2.3.1 Gingerbread. There is no information available on whether the tablets running the older-gen OS will be updated to ICS and it is not clear whether the tablets running ICS will see Jelly Bean.

Most of the tablets (except for the BlackBerry PlayBook and HCL MeTab U1) have access to the Google Play store, feature sufficient power under the hood to run all the apps you can find. Some devices such as the Micromax Funbook also offer access to a custom app store, which is nice as it offers more options to the users. HCL on the other hand has shot itself in the foot by removing access to the Google Play store from its devices.

The number of budget devices available in the market is growing. From all the information mentioned above, it is clear that most of these devices are almost homogenous in nature with the aesthetic and brand difference thrown into the mix. For a budget of around Rs. 10,000, these devices offer good value for money – especially if this is your first tablet purchase.

At the end of the day, this buying guide aims to make you realise the various factors that you should look at before you make your purchase. For example, is processing power and overall performance really that important to you? Then don’t settle for a single-core tablet, and definitely steer clear of the 512MB RAM offerings.

Is a lot of storage space important to you? Then get an 8GB offering, and make sure it has a microSD card slot. Do you intend to watch a lot of movies on the device? If so, make sure your budget is above the Rs. 7,000 mark, as tablets below that range tend to have sub-standard displays.

Do you intend to playback videos from your tablet on HDTVs? Then ensure your tablet has an HDMI-out port – and if you’d like to save cash, then a bundled HDMI cable as well. If the idea of attaching a 2G/3G dongle to your tablet’s USB port strikes you as unwieldy, and yet, you would like your connectivity on the go, make sure to buy a tablet with built-in 3G features.

Our advice: Definitely get some hands on with the tablet at your nearest electronic megastore before making your buying decision. The hands-on will allow you to individually assess the difference in look, feel and comfort of the device, which cannot be judged by looking at a product online.

You can also take a look at out Top 10 Budget Android Tablets list.