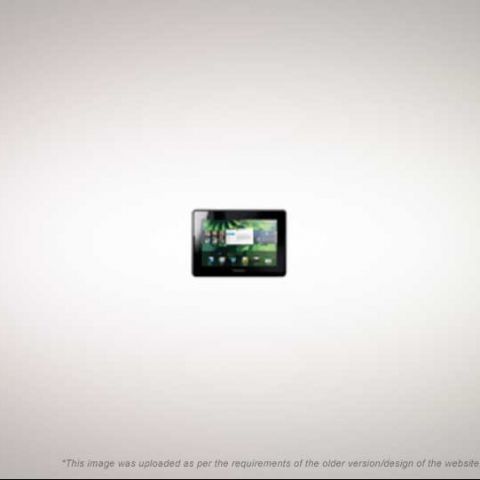 The Blackberry Playbook Tablet now has a new OS Version 2.0 with a runtime for Android 2.3.3. Blackberry tablet owners can update their current OS to 2.0 (the update is currently in beta) to utilise some great new features that have been added over the earlier software release.

With the new 2.0 OS, the Playbook gets a native email client, calendar and contacts apps. The email client was a much needed feature for the tablet and has been well designed for users on the go. The emails can be formatted in a rich style and can also be integrated with Gmail accounts. The contacts app is useful for consolidating contacts from different social networks such as Twitter and LinkedIn besides retrieving contacts from email accounts.

Based on the QNX Operating System, the Blackberry Tablet OS is supposed to be extremely powerful in computing, allowing developers to create powerful apps for their consumers. The new OS comes with significant changes beneficial to app developers. The OS now supports a runtime which allows running ofAndroid Apps, an updated Adobe AIR 3.0 platform for Flash developers, Webworks and Native API 2.0 libraries.

RIM was recently in news with their new CEO Thorsten Heins taking over the reins of the company from the older co-CEOs Mike Lazaridis and Jim Balsillie. The news may have been a little controversial for the company, but this new OS release will prove to be a good move for them because the Android platform is emerging as a leader for smartphones and tablets. There are many Android developers creating content for Android phones and those who want to create content for the Blackberry tablet platform butt don't want to invest on learning it, will find it easy to port their existing Android apps to the Blackberry Playbook.

Blackberry has a page dedicated to developers who are interested in learning about theRuntime for Android Apps. There are a list of important Android Development Tools to enable the repacking and signing of the Android app files to the .BAR file format which is the compatible file format required for an application to run on the Blackberry Tablet OS.

The tools for repacking Android Apps to Blackberry Tablet Apps include

Mariam is an Independent consultant for Game Development, and has an industry experience of 11 years working with Flash on different platforms including mobiles, tablets and set-top boxes. She writes about technology on her blog.