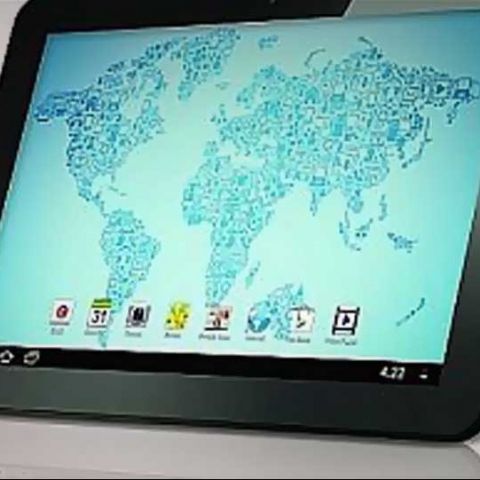 If you are looking for a tablet in the sub-Rs. 10,000 budget, then this is undoubtedly your first tablet and you are testing the waters of what a tablet can do for you. The consumer is spoiled for choice here as every manufacturer has a tablet launched in this price range in India. To maintain the sub-Rs. 10,000 price point, manufacturers usually compromise on features, and include lower-end elements like the touchscreen, camera, case and more.

Keeping the basic essentials like the hardware, build and touchscreen in mind, here are our recommendations of five tablets you can consider if you have a budget of Rs. 10,000.

Lava E-Tab Xtron
The successor to the Lava E-Tab Xtron, the Xtron offers some minor updates to its successful predecessor. For Rs. 6,990, the E-Tab Xtron is an impressive tablet. The display is great for reading books and consuming multimedia content. Its battery life is an improvement from its predecessor. Since the hardware is the same, you can expect the same stunning performance from the tablet. The OS too has been updated from Android 4.1 to Android 4.2. 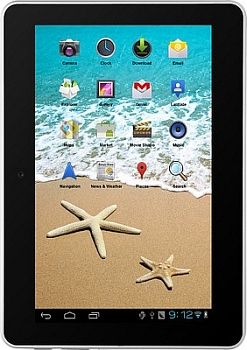 In terms of its specifications, the Lava E-Tab Xtron has a 7-inch IPS display with 1024x600 pixel resolution. A 1.5GHz dual-core processor along with 1GB of RAM powers it. The tablet has 8GB built-in storage expandable up to 32GB via a micro SD card. It also houses a 2MP primary camera along with a 0.3MP secondary camera. It shows off Wi-Fi connectivity, but lacks the ability to house a SIM-card slot for making calls or access mobile data on the go. A 3700mAh battery powers the entire package.

Samsung Galaxy Tab 2 311
The Galaxy Tab 2 311 is Samsung’s venture into the budget tablet category. Priced at Rs. 9,499, the Tab 2 gives users a complete Android 4.1 Jelly Bean experience. The interface is skinned with Samsung’s TouchWiz UI and also gives you access to Samsung apps apart from those available on the Google Play store. If you have used any Samsung smartphone such as the S II or the Galaxy Grand, or the Galaxy S III, you will feel right at home with the UI. Put simply, it’s a Samsung smartphone interface on a 7-inch display. The tablet can be connected to your Mac or PC via Samsung’s Kies desktop application for data transfer. 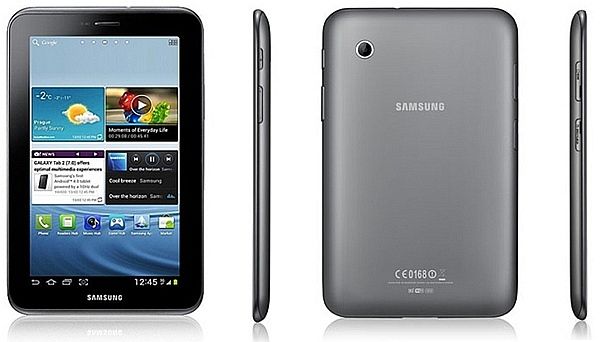 The P311 is the Wi-Fi only version of the Samsung Galaxy Tab 2 310, while the latter boasts of Wi-Fi along with 3G and the ability to make calls. The rear-facing camera is one of the better cameras available on a tablet in its price range. Playing games, watching videos and browsing the Internet were all a treat on the tablet. Also, if you have used an Android-powered Samsung smartphone you will feel right at home with the Samsung Galaxy Tab 2 P311.

Spice Stellar Pad
Available for Rs. 8,499, the Spice Stellar Pad Mi-1010 has good power under the hood, has an impressive display and touch response and the audio from the device is really good too. Sure, it is plagued with some lag but that is found on all budget tablets. The video playback capabilities of the tablet too are good and the battery lasted us for 6.5 hours in our continuous playback test.

The Spice Stellar pad shows off a 10.1-inch IPS display with 1280x800 pixel resolution. It is powered by a dual-core 1.5GHz processor coupled with 1GB of RAM and 16GB of built-in storage that is expandable up to 32GB via a micro SD card. The rear of the device has a 3MP camera, while the front has a VGA camera for video calling. The tablet runs on Android 4.1 and a 7600mAh battery powers the entire package. 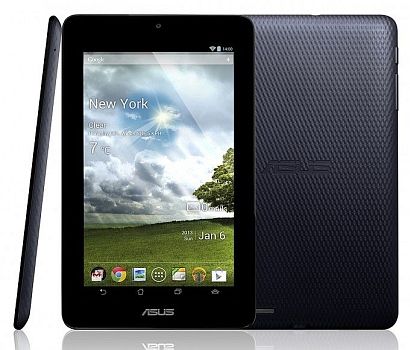 The MeMO Pad display has the same resolution as the Acer Iconia B1 but for displays with better resolution, you will have to cross the 10k price point. There may be some issues with the HD video playback on the two tablets but if you want a tablet to browse the internet, play some games and consumer multimedia, you can consider one of the two.

The Asus Memo Pad 7 has a single-core 1GHz processor along with 1GB of RAM. The 7-inch display has a1024x600 pixel resolution and it sports 8GB built-in storage expandable via a microSD card. A 4270mAh battery powers the entire package. The Memo Pad 7 is priced at Rs. 9,799.