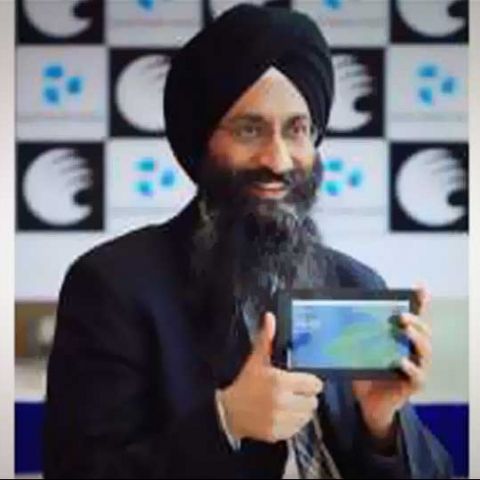 DataWind has played a key role in helping the Indian government realise its ambitious ultra-low-cost Aakash tablet PC. Despite severe criticism and a spate of controversies, DataWind delivered when the country needed it most.

We had an opportunity to interview DataWind's CEO Suneet Singh Tuli and seek his views on the Aakash and what's next for the ultra low-cost tablet. Tuli also sheds light on skepticism over India's capability of delivering an a 'Made in India' tablet on a large scale. Edited excerpts follow:

What is your “vision” for the Aakash project?

Our vision to use affordable computing and internet access to empower the billions of people globally that are left out of the digital age. The Indian government’s vision with Aakash is to improve the quality of education that is delivered to students.

The Aakash 2 has been officially announced by the government, and even showcased at the United Nations. When do you think the tablet will reach the people – both end consumers and educational recipients?

We are currently delivering our commercial versions (the UbiSlate series) to consumers and have been doing so for a number of months. The current rate is 2,500/3,000 per day, and we expect it to increase to 10,000/day over the next couple of months.

From Aakash 1 to Aakash 2, it took almost a year to come up with a tablet that is acceptable to the government and IIT. Why did it take so much time?

A lot of has been written about the DataWind-government rift. What do you have to say about it? How has the experience been working with the Indian government?

There has been no rift with the government of India. The dispute was with IIT Rajasthan on the specifications and testing criteria. The issue was resolved with the resignation of IIT Rajasthan from the project.

The Aakash project has a history of controversies. A recent one was based around allegations that the Aakash is a Made in China device. What do you think about the obsession with 'Made in India' tag?

We believe that Made in India is important and specific Indian level value-adds to should be a criteria for future tenders. This would create a defined criteria for the ‘Made in India’ tag, so that there is no controversy.

Can India develop a 'Made in India' tablet on a large scale?

Yes, we believe this is possible, and a focused effort should be made to develop indigenous manufacturing – but with the maturity to understand that components will come from around the world.

How commercially beneficial is the Aakash 2 to you? Are you making any profit from the low-cost tablet?

We don’t sell Aakash2 commercially. The UbiSlate tablets we sell commercially are profitable for us.

How do you plan to manage the possible massive demand for the device?

We have engaged with 5 new manufacturing partners in India over the last 4 months and will continue to expand the local manufacturing base, and supplement from China as needed to meet our commercial demand.

Do you plan to launch the device outside India?

Yes, we expect to launch in a number of additional countries over the next few months.

What next for the Aakash? What sort of specs would the Aakash 3 have and what price point is being targeted?

The government wishes to continue to drive pricing down. We’re setting-up our thin-film fab to manufacture touch-screens in Amritsar to help with this. Future versions will include GPRS and/or even 3G functionality and may look at 9” and 14” form factors.