Aakash 2 being made in China a non-issue; so is the iPad 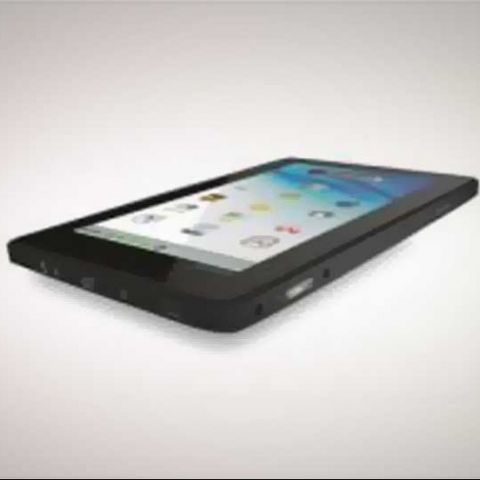 It seems the controversy surrounding the Indian government’s ambitious ultra-low-cost tablet project, Aakash, just will not end. Finally launched earlier this month, the tablet will initially make its way to students of certain engineering colleges, before being made available to the general public.

Recent reports have made it clear that Aakash 2 is not manufactured in India, instead in China, with some doubt remaining if it was even designed or assembled in the country, as Datawind’s Suneet Singh Tuli insists:

"For the first 10,000 units for IIT, and for expediency sake we had the motherboards manufactured in one of our Chinese subcontractor’s facilities And then the units have been ‘kitted’ in China at various manufacturers for expediency, whereas the final assembly and programming has happened in India. We finished this batch of 10,000 units and delivered them to IIT and will be starting another batch of 20,000 units for them in two weeks."

While misleading the public is not the best of practices – we wonder if the issue is being blown out of proportion?

After all, China is the best electronics manufacturer in the world, in terms of costs, parts, productivity and quality. Almost every major mobile and tablet company in the world gets its products manufactured there, including a number of Japanese and Taiwanese vendors. Apple, the iconic American personal technology brand, famously uses Foxconn and other China-based OEMs for its products. Meanwhile, nearly 90% of the low-cost tablets available in the world are made in China.

So, why would Datawind, IIT Bombay, and the Indian government once again (the original Aakash met with harsh critic reviews) doom the Aakash 2 tablet by manufacturing it in India, with all the problems that could entail?

Even if Datawind had made it in India, would they have been able to price it as low (Rs. 2,263 per unit, or Rs. 1,130 post subsidies)? Is not the fact that the Indian government is spending to commission the tender, and subsidize the product for students, enough of an Indian tag?

Unfortunately, the ‘Made in China’ reports make for a dismal atmosphere for the Aakash 2 to launch in. However, we feel if the team has worked to provide a low-cost tablet that is actually usable this time around, consumers really shouldn’t shy away from the good deal it represents.

If a ‘Made in India’ tag is all they are looking for, would they settle for a “Designed in India, by Datawind” tag suffice? As Apple would agree, manufacturing is the easy part – conceptualizing and actually designing the product takes most of the effort.

It is quite possible our fascination for the ‘Made in India’ tag on Aakash tablet may actually be one of the biggest reasons behind the persisting failure of the Aakash project, which is currently thought to be more of a joke internationally rather than something that will make us Indians proud.

We urge readers to be objective about the price and performance of the Aakash 2 tablet, and not worry as much about its provenance. India has other strengths, and electronics manufacturing is not one of them.

For more coverage on Datawind’s response to the Aakash 2 being manufactured in China, check out our detailed report.