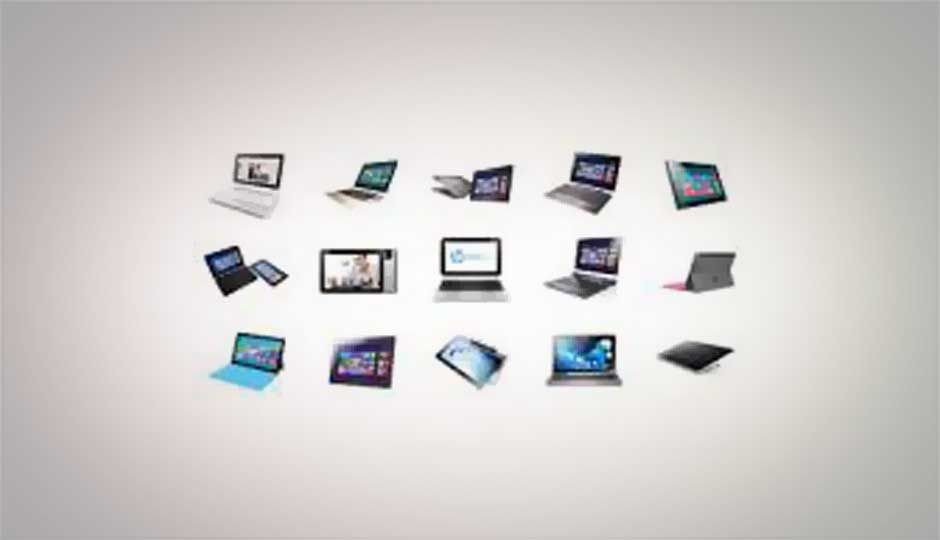 So, now that Microsoft is being sued over the Surface’s less than advertised free space, are your hopes of owning a Windows 8 slate slightly diminished? Well, let us assure you that all hope is not lost. In fact, the Windows 8 Pro machines are yet to hit the market, and going by what we have seen out there, there’s a lot to be excited about. But before we get into all that’s up for grabs when it comes to Pro tablets, let us take a moment to explain how the RT versions are different from the Pro versions.

Simply put, the Windows RT versions run on the ARM architecture, which is the mobile platform, while the Windows 8 Pro version runs on the x86 architecture (the stuff that your laptop and PC work on). If you don’t get that, well, here’s a simpler explanation. With RT tablets, you can’t install anything you didn’t download (or buy) from the Microsoft Marketplace Store. You don’t get access to the traditional desktop experience and all the software you have collected over the years for your PC can’t be run on these tablets.

The Windows 8 Pro tablets on the other hand are essentially tablet-netbook-hybrids, with many offering performance that can match most everyday use laptops. You get the full experience of a laptop/desktop on the tablet, along with the ability to install that legally collected suite of software you got tucked away in some external hard drive. The Pro slates also include the familiar Intel Core series of processors (AMD is also gearing up to make an appearance we believe). So let’s get down to it shall we? We’ve just made a table you can checkout to see what all the manufacturers have got in store for you with respect to Windows 8 Pro machines.

So as you can see, there is a slew of devices that are coming up, anything from 10 inch big to Sony’s tabletop 20 inch Vaio Tap 20. Microsoft’s own Surface Pro tablet will be powered by Intel’s Core i5 and i7 chips while Asus’ Transformer Book looks to be the most powerful of the bunch with a Core i7 processor, 4 GB of RAM and three display sizes. Lenovo’s got some pretty decent hardware as well at a very modest price point of $600. That’s as expensive as the 64GB Microsoft Surface RT (without the touch cover anyway).

While the Surface RT is a nifty tablet to make most of your Windows 8 experience (and it ships with a free copy of Office too), it lacks in giving the full desktop experience. That’s where the Windows Pro tablets come in. They’re powerful and they’re small. They’re the mobile version of the laptop, if we may say so. What’s most exciting about these upcoming tabs is their exceptionally low price point. For $750, if you can get something that’s powerful enough to tackle all tasks that need to be done on the go, then we say it’s pretty damn awesome.

Asus has announced the Taichi laptop-tablet hybrid in India, which should be available by December this year. As for the other devices, only the Dell Latitude 10 is selling, but for now, only on Dell’s U.S. website.

It’s going to be some time before the rest of the devices hit the market and a little longer for them to make it to the Indian shores, but we strongly recommend holding onto any purchases to see how these new machines work.

Redmi Pad is a budget tablet with a 2K display, MediaTek Helio G99 SoC, and 8000mAh battery: Price and availability
Nokia launched the T10 Tablet for under ₹15,000: Here's everything you need to know
Microsoft to launch new Surface series of laptops on Oct 12
Microsoft re-introduces tablet-friendly taskbar in Windows 11
Apple may use hybrid OLED tech for future iPads
Advertisements