NAS: The need of the hour 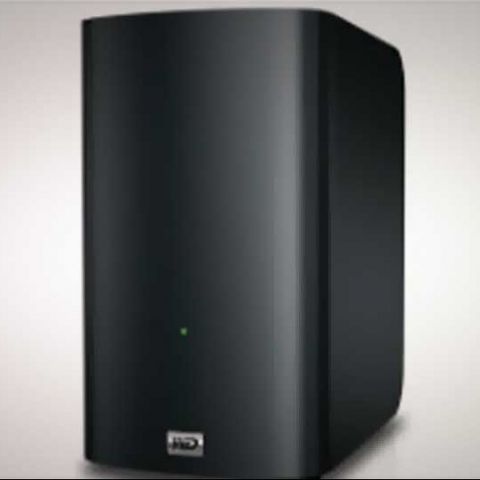 Living in the digital world and the ‘always online’ phenomenon with countless hours spent in front of the computer screen be it at home or at work – one thing is for sure and that is the consumption of digital content, which has risen to great heights. This is only natural as almost everyone now has access to devices which not only enable consumption but also production of content. Every member of an average family has a smartphone which is one such device. Also, almost everyone has a computer or a laptop which all the more adds to the increased consumption of content. Now the question arises as to where is all this generated content supposed to be stored and how can it be kept secure and private?

That’s just a facet of the situation that is unfolding in front of our very eyes on a global scale. Moving this user generated and curated content is also a cause for worry. The very urge to keep things private and secure means you’d personally have to carry some device with the data rather than use an online service which can be snooped upon by anyone. This is where a NAS (Network Attached Storage) can make all your worries go away. And having hard drives from WD only adds to the reliability of such a device.
A NAS device can be connected to your WiFi router or access point, thus enabling it to be accessed by any device on the network and subsequently from anywhere on the planet if you setup access via the Internet. Earlier iterations of the NAS device were quite expensive which was why it was largely used by enterprises and SMBs. The NAS device of today is small, compact and versatile which has now started gaining popularity with more and more home users. The complexity is next to negligible, so much that NAS devices can be considered to be plug and play capable.
If one goes to the market to have a look for NAS devices then the choices are innumerable. There are many companies that offer devices which come with hard drives included or are drive-less. This means you now have the option to have a custom setup. WD® Red™ family are the obvious choice when it comes to NAS devices. Firstly, WD Red drives are pre-qualified for a lot of NAS manufacturers which means you don’t have to worry about compatibility issues since they’ve been tested and certified on nearly all NAS devices. Furthermore, WD Red drives feature technologies like NASware 2.0 which makes the integration process between NAS and drives a plug and play experience – there’s no guessing involved when choosing a drive for drive-less SOHO NAS systems. Also, the fact that there are plenty of WD Red drives of varying capacities available only adds to the versatility of these devices.
Consider a situation where you’ve gone and got yourself a NAS device and populated all the drive bays with hard drives. You can now pick a RAID (Redundant Array of Independent Disks) setup which makes for a balance between storage capacity, data protection and performance. RAID 6 is a good choice that balances these three aspects – in fact this particular form of RAID can recover data even if the NAS experiences a failure from two drives (in a 5 disk setup).
Which one should you get?
You have the choice between an open source device and a populated device. The former offers flexibility like no other but the latter isn’t that poor a choice to make. Generally speaking, open source systems offer a greater breadth of features, higher capacities along with capacity scalability and better performance. Therefore open source systems are a good choice for prosumers or for anyone with substantial storage demands.
When you opt for an open source device, the very first thing you need to do is get a bunch of drives for your device and the best place to start is your open source NAS vendor’s website. Most vendors maintain a list of drives that are compatible with their specific NAS enclosures, so at the very least buying a drive that appears on the compatibility list will ensure that you have a functioning NAS. For the best possible NAS experience however, it’s worth digging a little deeper to find a drive that is fully optimised for your device.
The ideal SOHO NAS drive is one that boasts advanced optimisations such as NASware™ or NASware™ 2.0, which is found on drives like the WD® Red™ family. This technology optimises the drive specifically for NAS enclosures and NAS usage environments and offers improved reliability and data protection in the event of power loss or other issues. WD Red drives also offer balancing technology such as 3D Active Balance Plus™ that ensures performance and reliability is not compromised in environments where multiple drives are being used. This is because drives that are not properly balanced may cause excessive vibrations and noise, which in a multi-drive system such as a NAS is amplified depending on the number of drives in the enclosure. Beyond the annoyance to the user, excessive vibration can reduce the overall lifespan of the hard drives and can also cause performance degradation. 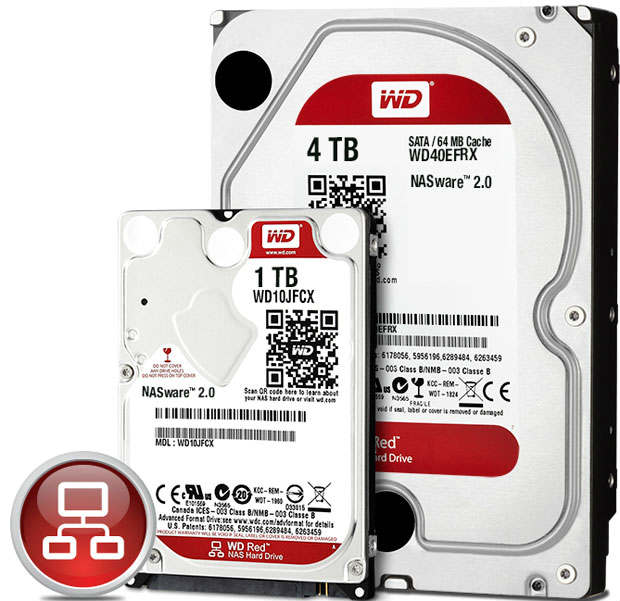 While reliability and features are always things to look forward to, you should also take power consumption and heat into account when deciding on drives for your NAS enclosure. Drives like the WD Red family are designed to consume less power when idle or in an active state, which means they draw less power from your NAS enclosure’s power supply thus resulting in lower electricity bills at the end of the month. It’s also important that the NAS drives you choose run cool so that when multiple drives run in a NAS they don’t generate excessive heat and provoke the NAS’ cooling system to run constantly and at full tilt, which would not only consume more power but generate a lot of noise as well.
Lastly, what good is a drive that fails every few days? Which is why WD Red drives are the obvious choice since the mean time between failure (MTBF) in ‘always-on’ systems is higher for WD’s Red drives. They offer up to a 35% MTBF improvement when compared to most standard desktop drives. Consider drives that also offer a longer warranty period, as this will give you peace of mind for a longer term. Phone support whether it is 24/7 or limited is a plus, as you can fall back on these service in case you face any challenges with your drives and your NAS enclosure.
With the explosion of data, NAS can scale your enormous data seamlessly. Owing to the storage capacity, breadth of features, cost and ease of use, as well as data security that these NAS systems offer, the adoption of these devices in the home and small office space is expected to grow significantly in the coming months and years. In fact market intelligence firm IDC has forecast that by 2017 there could be nearly 13 million NAS systems in use, a chunk of which will be 1-to-5 bay SOHO systems. With their wide array of advantages and multiple innovations taking place in NAS, there are a multitude of reasons NAS will be your preferred mode of storage in home and office in times to come.