Meet Indie, a made-in-India lunar rover headed to the Moon in 2017 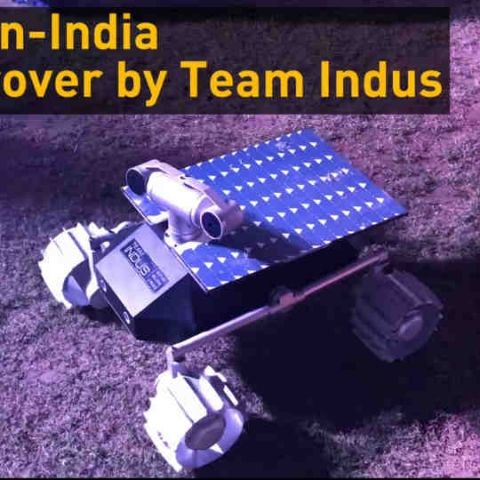 To the moon and back is not just a phrase (or a song by Savage Garden) when it comes to Bengaluru based startup Team Indus. A concoction of young and experienced scientific minds, Team Indus is on a mission to the moon. The startup is vying for the coveted Google Lunar XPRIZE of $30 million and being the only Indian entry in the competition, Team Indus is up against 15 other global participants to develop a low-cost method for robotic space exploration. So what’s at stake for Team Indus and where is the startup positioned in this race? We spoke to Team Indus at the sidelines of the recent UN-XPRIZE announcement in India. Here’s what we found out. 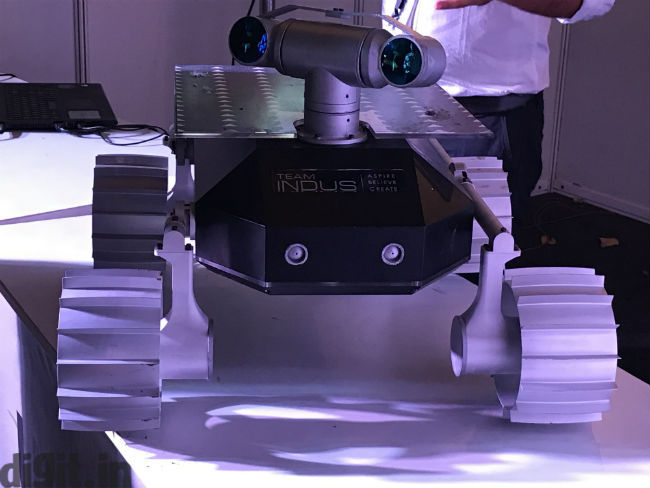 Successfully place a spacecraft on the Moon’s surface, travel 500 meters, transmit high-definition video and images back to Earth. These are all the pre-conditions for qualifying to win the Google Lunar XPRIZE and Team Indus is hard at work fulfilling the same. The startup has developed a Lunar rover named Indie, which is set to take flight on an unmanned spacecraft, also in the prototyping stage at Team Indus’ facility in Bengaluru. “She (Indie) is going to be heading to the moon in 2017. Team Indus is close to 85 engineers and over two dozen retired ISRO scientists. The engineering team is actually very young, we’ve got an average age of around 25 years and having the scientists from ISRO, these guys have built India’s mission, so it makes a lot of sense with them guiding us towards our ultimate goal,” says an enthusiastic Justin Alva, a member of Team Indus’ outreach team.

The rover Indie is a four-wheel drive which can be controlled remotely from Earth. Each wheel is designed in aluminium to sustain the unpredictable and rough terrain on the surface of the Moon. Alva tells us, “each wheel is independently driven, and she’s got these amazing cameras that help her plan routes. The lunar surface is dusty and it's really abrasive, that’s why we have aluminium wheels that will ensure that navigation is not a problem. She can take on craters, she can take on rocks.” 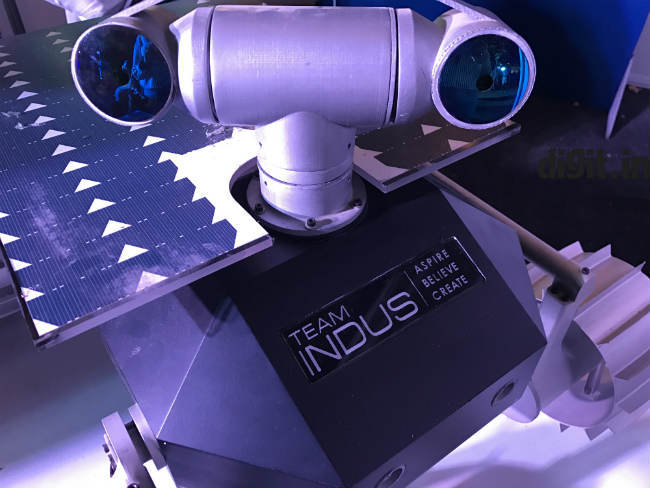 At 10Kgs Indie will be capable of transmitting high definition images from the Moon, back to Earth. It will take approximately 4 seconds for Indie to execute a command given from Earth. Once the unmanned spacecraft lands on the Moon, Indie will use Team Indus’ proprietary pan tilt mechanism to connect back to Earth and beam back high definition lunar images. The spacecraft, which is currently in its prototype stage, will be housed inside the nosecone of an ISRO Polar Satellite Launch Vehicle (PSLV) or as ISRO calls it “the workhorse”. In 12 minutes of its launch, the PSLV will transport the spacecraft to an orbit of 880 km x 70,000 km around the earth. 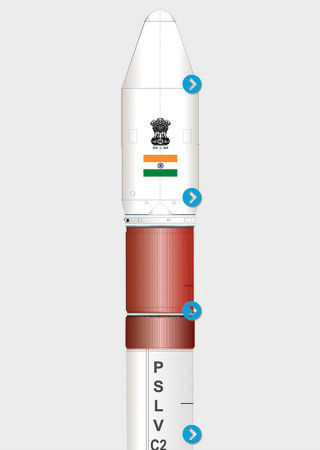 The spacecraft will then maneuver using a method called trans-lunar injection, which will help it break away from Earth’s gravity and get closer to the Moon. To do this, the spacecraft will go around the Earth two and a half times, increasing its velocity each time to further propel it towards the Moon.

All this will take a little more than 7 days to reach a distance of 100Km from the Moon, post which the spacecraft is expected to be caught by the Moon’s gravity. Yeah, it’s pretty cool! But, competition is tough for Team Indus. Even though the team has already received $1 million as a Milestone prize from Google for their landing technology, it is awaiting an official contract to transport and launch their aircraft along with the much needed funding for the entire operation. Three teams in the Google Lunar XPRIZE have already secured these contracts. For instance, the team from Israel was the first to get a verified “ticket to the moon” on a SpaceX Falcon 9. Of course, there is also the challenge of filling a very big gap in India’s space exploration efforts - Privatisation. If all goes well, this will be India’s first ever privately funded space exploration mission, one which is truly novel in achieving future goals towards traversing space, the final frontier.