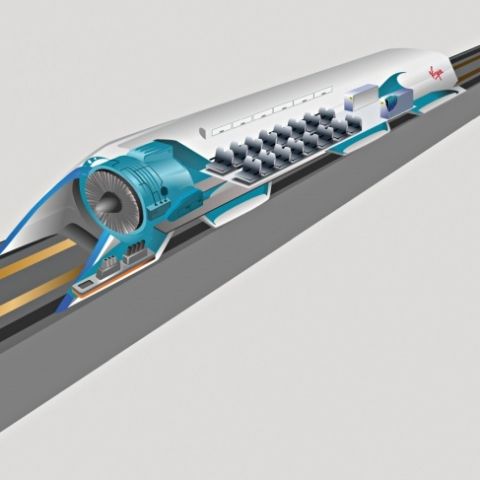 Whether it’s space exploration or research & development, we are doing well in a lot of areas. But is it really glory days forward for India Inc? We find out.

There has been a lot of talk surrounding the Indian Government’s Make in India initiative. Apart from the obvious political significance, the program, launched in September 2014, was a bid to increase foreign investment in India and encourage industries (Indian and international) to set up shop in our country. And even if we put the specific undertakings of this one particular program aside, the changes in India’s manufacturing, design and entrepreneurship scenario is not ignorable. In fact, it would actually be wrong to credit just this one programme for the everything that has changed. For instance, did you know that the growing number of food delivery startups in India has contributed to the increased factory output of the country? Similarly, India is increasingly becoming the preferred nation when it comes to cheap labour thanks to labour prices in China rising. We could also soon be the first country to have a privately-funded space mission to the moon thanks to TeamIndus. We’ll try to cover all these aspects and more, starting, obviously, with the startups.

Let’s face it, there seems to be a startup for everything in India today. In fact, there are even startups that make other startups (called incubators and accelerators)! In the current market scenario, we have a lot of companies that started off as startups and are currently competing against many established rivals in their field. Take the now popular wallet service PayTM for instance. After last year’s demonetisation of ₹1000 and ₹500 notes and the subsequent lack of cash, digital payment providers saw a huge growth in adoption and usage. For a significant period of time, PayTM registered more than 5 million transactions a day! Their growth hasn’t stopped since. Just recently, they also launched their Payments Bank which provides basic banking services to existing customers.

And payment startups are not the only startups that are growing. Food tech startups, especially cloud kitchens as compared to restaurant aggregators, are showing a lot of promise with leading providers like Swiggy and Zomato getting into the cloud kitchen business this year. This particular way of innovating helps these startups move into a profitable model since they have control over the entire process, as compared to merely making a cut of the money as aggregators. And that’s a big factor for any startups out there from the survivability perspective. According to a report by the Indian Brand Equity Foundation – a trust set up by the commerce ministry – India’s food delivery market alone is worth $15 billion today! In fact, the growing tendency to order food from outside has given a boost to the antacid and digestive enzymes industries, pushing up overall industrial production in May 2017 by 2.4 per cent.

The government has facilitated the overall growth of startups greatly over the last couple of years. According to Niti Aayog CEO Amitabh Kant, speaking at the Entrepreneur India Congress 2017, the Government has scrapped more than 1200 laws to help startups and MSMEs grow in India. In fact, there are more than 50 schemes from the government that every startup should know about and you can find a comprehensive list here.

On the other hand, it’s not entirely happy days for the world of startups. Big names like Stayzilla and Taskbob have fallen due to insufficient funds. Snapdeal has almost lost its entire market share and was considering an acquisition deal from Flipkart worth close to a billion, which was eventually called off. Flipkart itself is looking for support from Snapdeal backer Softbank (and possibly Alibaba, Softbank’s co-investor in PayTM) to stave off Amazon’s growing dominance over the Indian e-commerce market. Overall, Indian startupswill have to switch away from the ‘me-too’ model of innovation due to the sheer number of startups out there.

It’s not just startups that have seen a lot of action in the last few years. With labour prices in China rising to the lower-European price range, quite a lot of manufacturers from around the world, including India itself, are looking at India as the next big manufacturing hub for several sectors. While right now, the manufacturing sector only accounts for about 16-17 per cent of the country’s GDP, there is a lot of untapped potential to be explored. And there are a lot of things afoot with the goal of doing exactly that.

One of the major segments in manufacturing that is propelling its current growth is defence. Military equipment, vehicles and more are increasingly being made in India. For instance, Lockheed Martin, in partnership with Tata Advanced System Limited (TASL), will be moving the manufacturing of F-16 fighter jets to India, on the condition that a contract to supply fighter jets to the Indian Air Force is granted to them. Apart from this, Lockheed Martin also relies heavily on TASL for manufacturing crucial components for its C-130J Super Hercules, S92 helicopters and more. Additionally, as a part of an Indo-Russian joint venture, 140 Kamov helicopters will be manufactured in India. On the other hand, we are not just importing designs – the INS Saryu, a Made-in-India 105-metre long warship was commissioned into the Sri Lankan Navy on August 2. It will be the largest warship in the Sri Lankan naval fleet.

Beyond all things military, the other manufacturing sector that looks to be working out great for India is smartphones. Since the Make in India initiative was announced, around 40 mobile manufacturing plants have been set up around the country that collectively make more than 20 million phones every month. While in most cases these are components imported from abroad that are being assembled here, it is a step up from the situation a couple of years ago when the entire stock was imported. But we still have a long way to go in terms of setting up infrastructure that is capable of manufacturing components for the electronics industry.

However, if you were to zoom out of these specific sectors and look at the big picture, the results are not too great. Overall, the manufacturing sector had to bear the brunt of a couple of government policy changes – specifically, demonetisation and GST. While the impact of demonetisation was something the industry was recovering from, the GST implementation is something that most companies are still dealing with. The demonetisation policy directly affected jobs, taking away roughly 1.5 million manufacturing jobs according to a survey by Centre for Monitoring Indian Economy (CMIE). While the GST policy is unlikely to stop people from buying stuff, it has put a lot of intermediate steps in the manufacturing process into temporary jeopardy. Sorting this out should be one of the top priorities for the companies, as well as the government.

One other area the manufacturing industry needs to focus on right now is incorporating the latest innovations being adopted around the globe. The Internet of things is especially taking manufacturing processes to the next level. Implementing sensors and network connections on existing equipment is providing greater control and a much deeper level of insight. Additive manufacturing, or as it is more popularly known, 3D printing, is completely changing the way things like cars, electronics and even spacecrafts are manufactured. For instance, in India, WIPRO3D, which is a leading provider of metal Additive Manufacturing solutions & services, has manufactured a functional metal component using Additive Manufacturing that was used by ISRO as a part of its latest satellite which was launched into space. And unless we adopt manufacturing processes that incorporate more such cutting edge technologies that the world can get behind, it is us who’ll be left behind in the manufacturing race.

When it comes to research and innovation, it has been a long standing misconception that India lags behind most western nations. India has traditionally been considered a hub for services and back-office operations for most major western corporations. In fact, the R&D and innovation hubs for these very companies, based out of U.S.A, Europe and other developed nations, have been mostly comprised of Indian researchers and scientists.

But that perception is changing, especially after the last five years. Bangalore alone houses the R&D hubs of a multitude of IT and tech companies. Apart from the sectors mentioned above like automotive and electronics, new areas like pharmaceuticals and FMCG are seeing major investments from giants like Britannia, Mondelez International and more. For instance, US based Mondelez International, which manufactures products under the brand of Cadbury, plans to invest US$ 15 million to set up a global research, development and quality hub in Thane, Maharashtra. There are many similar projects and MoUs undergoing initial setup even as this article is being drafted. You can check out a comprehensive list here. The fact that covering all of them is out of this cover story’s scope stands testament to how far we’ve come in establishing India as a hub of innovation.

But one organisation that deserves a special mention is ISRO. From being considered nothing more than an incompetent spectator in the space race to actually establishing a credible space programme that the world has queued to sign up for – ISRO has single handed made a mark on the global space race with projects like the Chandrayaan and Mangalyaan. We might just also be the first country to have a privately funded space mission reach the moon, thanks to the efforts of TeamIndus.

Although we are well on our way on the road to progress, it is still true that most of these innovations are destined for, or consigned by, industries from abroad. What we need more of is research that directly affects our own country and its industries. Since most Indian universities do not figure in global rankings, comprehensive data about research at these universities is not readily available. According to a study (http://dgit.in/rdstudy), among the top 39 central universities in India, Delhi University and Banaras Hindu University have distinctly better performance among the competition (by total research papers as well as average citations per paper). But benefits of this volume of research are yet to conspicuously percolate down to the ground level in India.

In terms of development, there is no denying that there are still problems within individual areas that need to be solved – be it the lack of innovation in most startup ideas or lagging behind in cutting edge manufacturing technology. But all the information provided in this story, and the insights into the individual sectors, point towards one thing clearly – we are making progress where it matters like never before. And that trend will continue unabashed if we, as a nation, can ensure three things – adequate and up-to-date infrastructure, legislative support free from unnecessary bureaucracy and most importantly, encouragement and support for the innovative ideas and efforts among ourselves.

The story first appeared on our sister website, Digit Geek.