Can an Indian AI startup change the way we use fitness wearables? 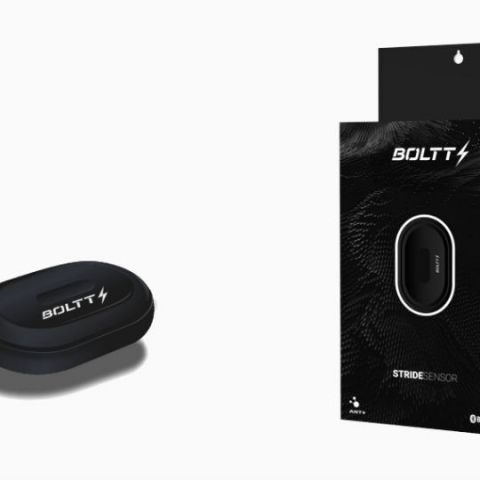 While it may not be the assured mantra for success, many great minds have kicked highschool goodbye in the past. Take for instance David Karp, the founder of once wildly successful blogging website Tumblr, who ditched high school at the age of 15. Richard Branson, the billionaire founder of the Virgin Group started his first venture, Student magazine, after he set his sights beyond school and put his faith beyond the higher education system. Then of course, there’s legendary filmmaker Quentin Tarantino, who started working as an usher at an adult film theater, waving goodbye to high school at the age of 15.

Arnav Kishore is 21 year of age, and in his short stint on this earth, he has been a national Tennis champion, has played in the big leagues in the international Tennis circuit and has co-founded a footwear brand. How did he manage to do so much in this short span? Well, he dropped out of high-school. 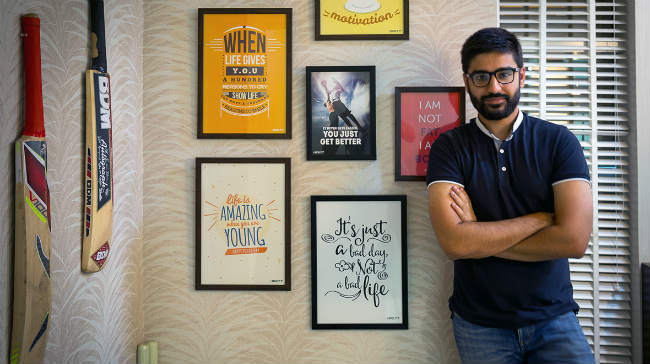 Boltt is Kishore’s latest venture and his biggest bet till now. But, before we go into how this technology startup plans to disrupt India’s health and fitness space, let’s introduce you to the brawn behind Boltt - Aayushi Kishore. Aayushi is Arnav’s elder sibling and a Harvard Business graduate. She is the co-founder of Globalite shoes and brings with her the muscle and the brains to handle Boltt’s ambitious growth plans. 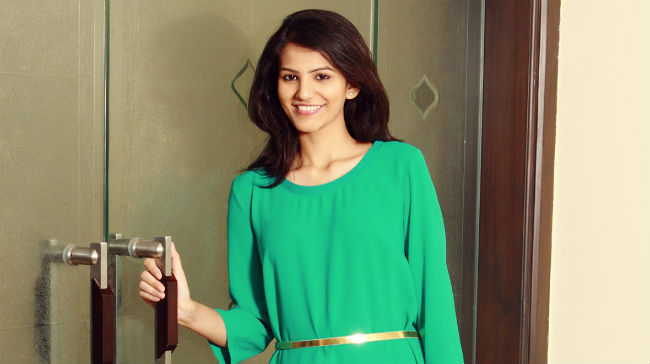 With technology startups at the forefront of innovation, Boltt wants to make it’s mark not only in India, but also the world. How? Let’s find out

What is Boltt and how is it different from other fitness wearables in the market?

Put simply, Boltt’s USP is an artificial intelligence based health coach called ‘B’. The AI coach will mentor user training in real-time with the help of data collected by Boltt’s fitness wearables. What’s more? Well, this virtual coaching intelligence has been created in collaboration with renowned athletes like Dutee Chand (runner) and Baljit Sahni (footballer), to help the AI understand varied fitness activities. The AI coach will also adapt to a user’s fitness regime, while learning their behaviour and preferences at the same time, and evolving accordingly. Boltt also claims to have “world renowned biokineticists, nutritionists and sleep experts,” assisting them in the development of the AI fitness coach. 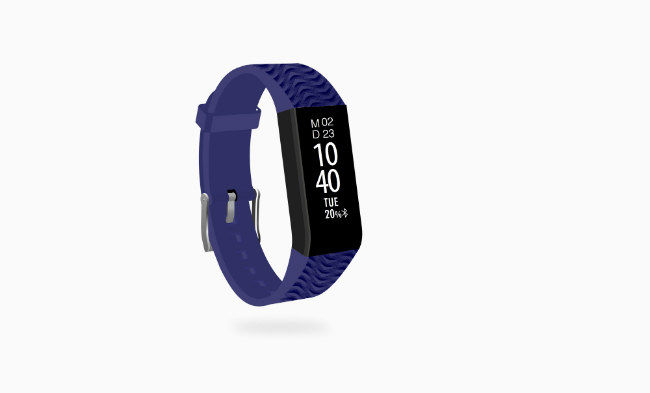 Arnav tells us, “We have two types of segments that we are concentrating on in Phase 1, Number 1 is a 24/7 lifestyle tracker which comes in the form of a fitness band. There are about 2-3 variants and each of them has a different set of specifications. All have a touch-panel display. In the price segment that we are trying to position the bands in (the startup wants to compete with Xiaomi), we have used 2 accelerometers in the band, generally all bands use 1. We also have the nordic chip sensors to track movements. The whole idea is that we will be disrupting the market with all these features at a very very affordable price.”

Along with a fitness band, Boltt is also working on a smart shoe, which will embed a stride sensor developed in partnership with Garmin. 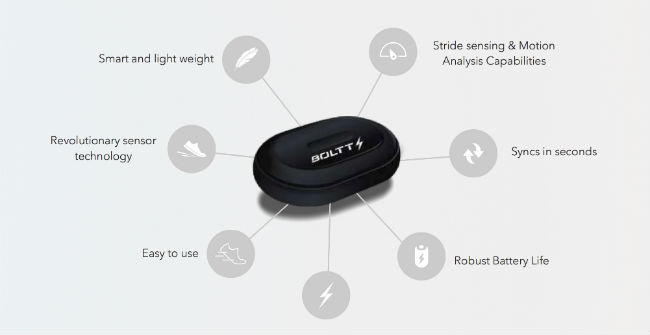 Boltt Stride Sensor, which will be embedded in the Boltt Smart Shoe

Describing the market space they are trying to capture, Aayushi tells us, “You have the likes of international brands like Nike, Puma at the top end and you have the local level factories at the bottom-end in the footwear market. the entire mid-space is absolutely vacant for anyone to capture.”

Boltt’s wearables will also bring the AI coach directly to your ears. Users will get guided audio training in real-time through the integrated Boltt Training App. There are also plans to bundle up the smart shoes and the smart bands with wireless earphones, but that may cost you a tad extra on purchase.

When will Boltt launch?

As exciting as it sounds, Boltt wearables are still under development and the startup has planned phased launches of their products. The startup is pitching at 3 international events this month, including The Pirate Summit, Tech Disrupt, and Slush. The official launch of the products will happen at the ongoing Disrupt conference, followed by an e-commerce launch on Amazon, Flipkart and Snapdeal. Come 2017, the startup also plans to launch in international markets such as US, Canada, Mexico, China , Germany , France , Singapore, Korea, Japan, South Africa , UK and Australia.

So watch out for Boltt, and let us know what you think of the startup. We shall keep you informed on the final prices and products as and when we get an update from the startup.