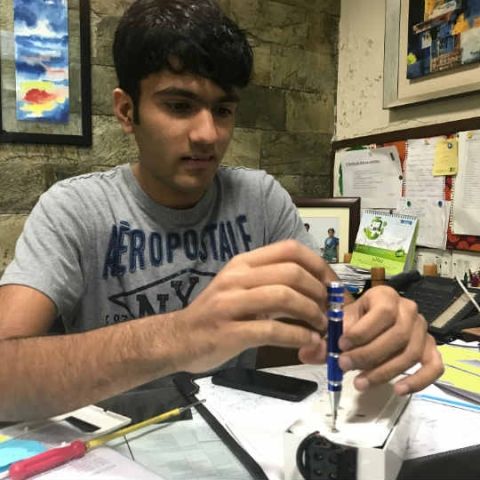 It’s ever so rare that one comes across a passionate and driven teenager with eclectic interests and a strong bent towards science and technology. Ishan Malhotra, a class 10 student of Jayshree Periwal International School in Jaipur, is that teenager. At 16, Malhotra is no less than a prodigy. After a two-year long determined effort, Malhotra has managed to build a low-cost device called Pluto, to make life easier for farmers.

“Because agriculture is their main occupation, water supply is what they depend on. For this reason, they have to travel large distances to just turn on their water pumps, as the water pump is normally located at very far distances on the farm land. So, they have to walk over 10 kilometers everyday to just turn on their water pump. Now, the second problem arises because of the random supply of power. Power might come at 2 in the morning or 6 in the morning and the farmers has no way of knowing this. So, they can’t plan their day as there’s no certainty about when the power will come,” explains Malhotra who built Pluto to solve this very problem. 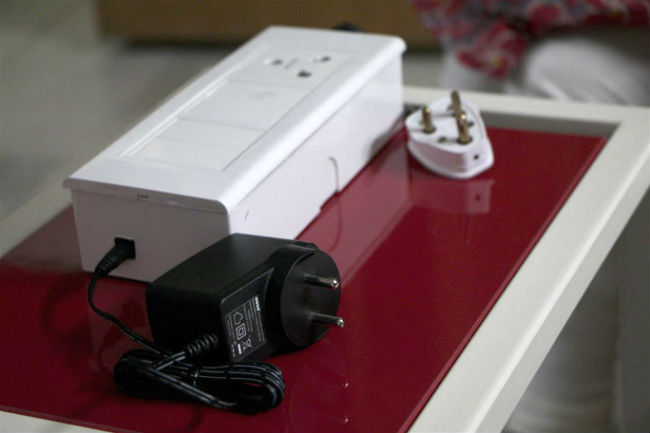 Pluto directly connects farmers to their water pumps. The GSM-based device enables farmers to remotely control their water pumps or any other electrical device from anywhere at anytime. Designed keeping in mind any submersible motor, Pluto is capable of handling up to 25 amps of current. “You have similar mobile automation devices in the market, but they all require a mobile application and the internet and a smartphone. Pluto works through a normal 2G service and also your basic landline.”

Pluto is built using an Arduino microcontroller kit with a GSM modem. It basically replicates a mobile phone inside the device, which is capable of supporting outgoing, incoming calls and text messages. Because farmers do not have control over erratic power supply, Pluto allows them to turn their water pumps on and off from any location. It also notifies farmers when the power supply returns after an outage, so that the pump can be switched on. Pluto has to be connected to a water pump in the farm and a call can be placed to switch the device on or off. Once the call is placed, the caller is greeted with an IVR menu which reads out options for power status, switching the device on/off and enabling/disabling SMS alerts. The menu is currently in English, but Malhotra says he is working to include Hindi and other regional languages. Currently, Pluto is also not waterproof and Malhotra hopes he can soon develop a version which can resist water damage. Besides connecting farmers to their water pumps, Pluto can also be used in urban settings to control electrical gadgets such as  lamps, ACs, geysers, washing machines, dishwashers and more. 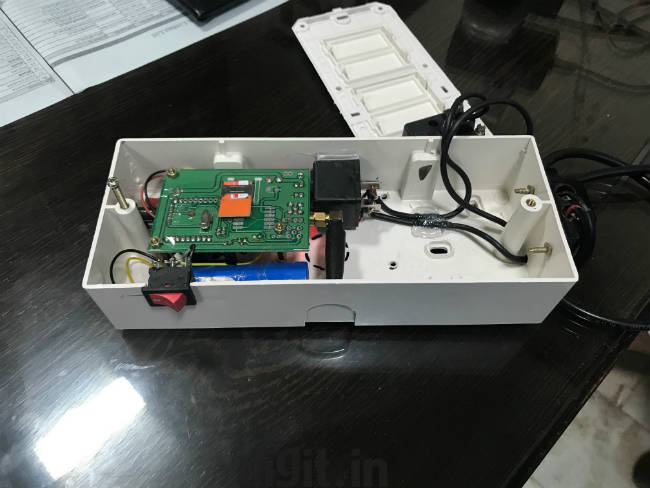 “He made a prototype box in class 8, when he was involved in a summer programme organised by Stanford. The prototype was bigger and I was travelling to the US, so, I took the prototype box with me and showed it to a Google engineer, Carson McNeil a Software Engineer in the company. So, Carson really helped him refine the idea. He gave him the idea that it must have an alert feature when the power is restored,” recalls Benu Malhotra, Ishan’s mother. Pluto went through 5 iterations before its current version, which is also being worked upon to improve functionality.

While Pluto is not available commercially as of now, Malhotra and his parents are trying to get the device some attention from the government. Ishan aims to price Pluto somewhere around Rs. 1000 or lower, and Benu tells us that they have tried to approach the Delhi government at many occasions, but have only received a lukewarm response so far. “We have written to Manish Sisodia, we have also written to Arvind Kejriwal, but you know how it is. We were asked to meet Manish Sisodia on Holi, so we thought he has given us time not knowing it’s Holi. But, then these guys lost elections in Punjab and were just not in the right mood, so they didn’t get back to us,” she tells Digit. Since they haven’t been able to showcase Pluto to government officials yet, 5 units of Pluto are being tested amongst members of the Resident Welfare Association (RWA), of the South Delhi locality where the Malhotras reside. 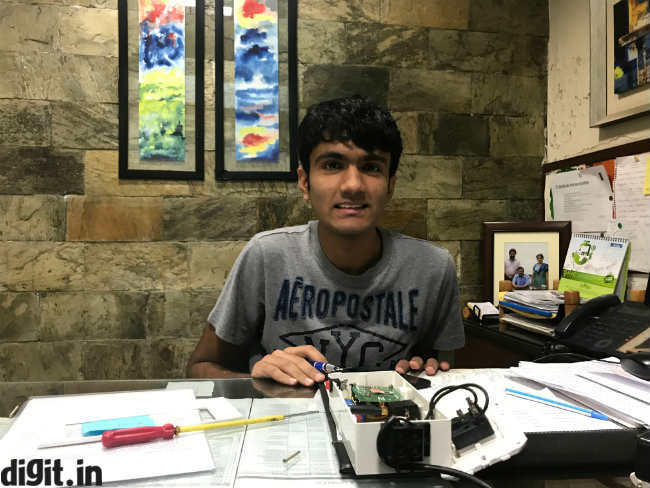 Going forward, Malhotra aims to make Pluto more cost effective. He wants to come up with a solution where when a call is placed to Pluto, the caller can get the power status of their connected electrical equipment even before the call is picked by Pluto. He equates this to how the concept of a caller tune works. “I was trying to think of something on how I can integrate those caller tunes. Because, when the farmer calls, he hears the caller tune. That caller tune might indicate whether the pump is on or off. That way probably the cost of using Pluto would fall more,” he says.

Besides building Pluto, Malhotra already has a slew of academic achievements under his belt. His knack for learning new concepts on robotics, computer science, game designing and physics, led him to participate in multiple programmes. He has previously attended a 2-week programme on Vex Robotics at Wellesley College, spent another 2 weeks completing a summer course on computer science and game design organised by Stanford University, stood second in Rajasthan at the Indian Robotic Competition, participated in Google’s coding, science fairs and many more. Malhotra has also designed a website for Pluto by himself, along with another website for exam prep with the help of his school friends, which he mentioned very nonchalantly at the end of our meeting.

It is truly inspiring to see youngsters like Malhotra follow their passion and create technology for the greater good. We hope he gets the recognition and the attention he deserves to take Pluto to the next level and bring it to Indian farms where it belongs.