Windows 10: 10 great new features in store for you

Windows 10 is perhaps one of the more significant releases of Windows to come from Microsoft, since it is not only a new release of Windows, but it also signals the emergence of a whole new Microsoft; a new Microsoft that doesn’t shy away from open source but embraces it; one that seems to be dedicated to make it easier to get Windows up and running on any device; and one that’s primed for quicker responses to trends.

There are major changes coming to Windows and many of them have less to do with features, and more to do with what Windows is, and represents as a platform. A major change that you can already participate in is that you can simply install the preview version of Windows 10 and get a stable usable OS that can pretty much run all that Windows 8.1 can. Unlike previous Windows previews you can easily upgrade from one preview release to another without loss of data, and quite possibly one day you will simply be running a release version of Windows.

Windows 10 is slated for release in summer 2015, and as such, is just around the corner. So what will you get when this auspicious day finally arrives? Here are a few things to look out for.

Microsoft seems to be intent on getting as many people as possible running Windows 10 as soon as possible. To enable this, they are offering — for the first time ever — the new version of Windows as a free upgrade to anyone running not only Windows 8 / 8.1 but also users of Windows 7.

Microsoft is also coming up with “attractive” upgrade offers for those running illicit / non-genuine / pirated versions of Windows.

With the notable exceptions of Windows XP SP2, and Windows 8.1, Windows updates have usually just been about bug fixes and security patches.  With Windows 10 that is about to change.

Microsoft will continually release not only bug fixes to Windows, but also entirely new features through Windows Update. Users who would prefer to keep running a stable version of Windows with just bugs and security fixes can opt for a slower update track, while those willing to experiment more can opt for a faster or even a beta release track that can give them features that are still in development. Windows 10 will give users the choice to be more conservative with updates, and opt only for bug fixes.

The aim here is that once you purchase a device running Windows 10, you never again need to purchase a Windows upgrade for that device. You can see this in action in the current Windows 10 preview release, which occasionally releases entirely new builds of Windows with major changes through Windows update.

In fact, Microsoft developer evangelists even referred to Windows 10 as the ‘last version of Windows’, in the sense that Windows 10 could be around for a very long time, and might look and work quite differently in a few few years time with constant updates bringing in new features.

Another benefit of this new approach is that Microsoft can react quicker to changing trends. Rather than needing to wait years for the inclusion of basic new features in the OS, Microsoft can release incremental upgrades that add new apps and features to the OS.

Linux and OSX users will be well versed with the concept of virtual desktops / workspaces. This feature allows users to group related windows together and then switch between these groups of windows just as you can alt-tab between individual windows right now.

Each group of windows gets it’s own virtual screen area allowing you to have different sessions active at a time while focusing on only one.  For instance, you can have a document editor and browser open in one virtual desktop where you are writing a report, while another virtual desktop can have a photo editor and a file manager showing your photo collection, while yet another could house your music player. As you switch between virtual desktops, only the windows that are part of the current virtual desktop are visible and the rest are absent even from alt-tab. 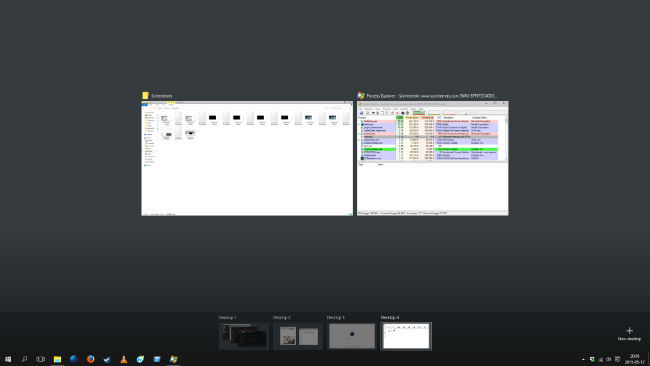 The implementation of virtual desktops in Windows 10 allows users to quickly create new desktops and discard old ones.

Windows 8 introduced a new store, but the store was overly restrictive. Firstly, it would only offer the new ModernUI applications which themselves were introduced for the first time with Windows 8. Additionally, these kinds of applications would only be available from the Windows store.

For Windows 10, Microsoft has already released developer tools that allow for the creation of ‘traditional’ Win32 apps — the kind that ran on Windows 7 and below, not the new Modern / Metro apps  — that can be sold on the Windows store.

Worry not though, traditional applications will still be installable and runnable as always. That feature is absolutely essential.

Microsoft will need to do a better job of managing the store than they have done so far though as the Windows store is rife with fraudulent, fake apps. 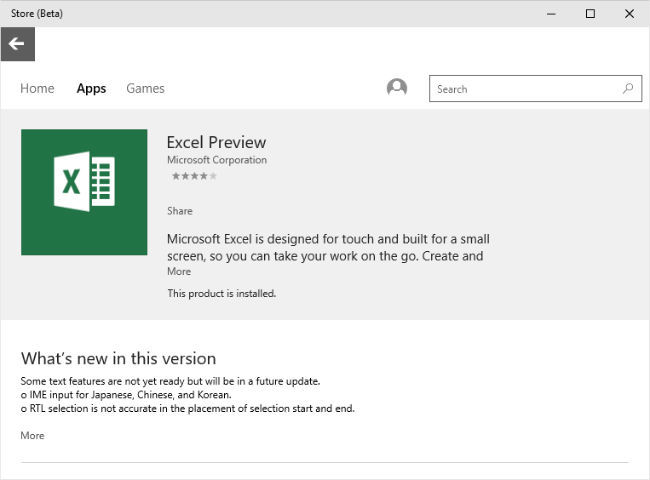 The Windows 10 store will allow users to install more traditional desktop apps, such as Microsoft Office from the Windows store.

With the new kinds of apps available on the Windows store, there is always the worry that poorly coded apps, or outright malware will damage the user’s computer. Or, as Windows applications are wont to do, installing and uninstalling applications will leave a think layer of digital garbage all over your system.

Well the good news here is that apps installed through the Windows store, even if they are traditional Win32 apps, will all be installed and run in isolation. Windows will manage how and where they write their data to the registry and filesystem, giving each app a virtualized view of these resources. As such, when you uninstall an application that was installed using the Windows store, it will leave no trace behind.

Microsoft tried its best to counter some of the worst of the limitations of the Windows Modern apps in their Windows 8.1 update; however, they are still far from a comfortable experience on desktops.

As expected, Microsoft has gone for more of a middle road in Windows 10, with the ability to run Modern apps in resizable windows; making them for all intents and purposes indistinguishable from traditional Windows Win32 apps. (Other than the fact that such apps still can’t be sold or distributed outside the Windows store.) 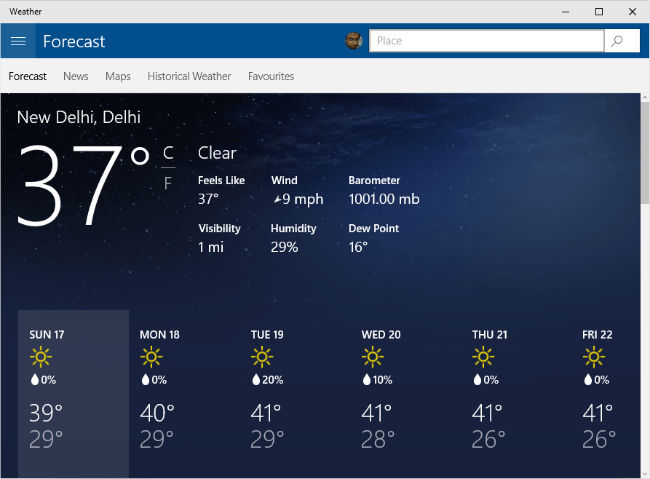 The Windows 10 Weather ‘Modern UI’ app running in a window.

With the XBox console making money for Microsoft not only from the sale of the console and its accessories, but also from each game, it’s easy to see why they mostly abandoned the PC as a gaming platform. It’s easy to see why Halo 3 wasn’t released on Windows, and it’s not exactly controversial to say that Games for Windows Live was utter garbage.

Microsoft seems to have had a change of heart, and are trying to win back PC gamers, perhaps as a pre-emptive strike against SteamOS. With Windows 10, Microsoft will include a host of gaming features such as the ability to stream XBox One games to Windows (and hopefully the other way around as well), and to record and share in-game videos like one can on XBox One.

Then, of course, there is Direct X12. 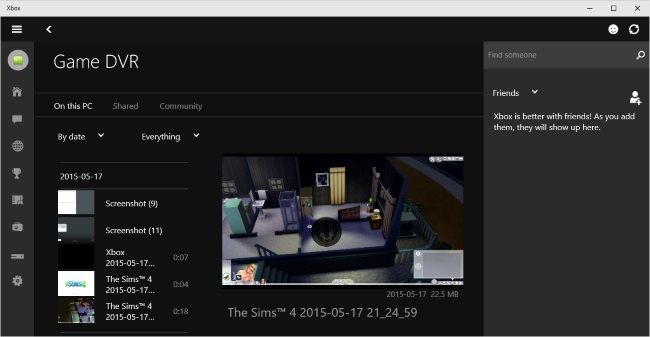 DirectX 12  is part of the latest trend in graphics API, which is to reduce the layers of software and management between the game engine and the graphics hardware, making console-like efficiency possible even on PCs.

Depending on the game and graphics hardware, switching to DirectX 12 can have a moderate to huge impact on game performance and quality. Since the XBox One already has some of the features of DirectX 12, it’s likely to bring a bigger boost to PC gaming performance than it will to console games. 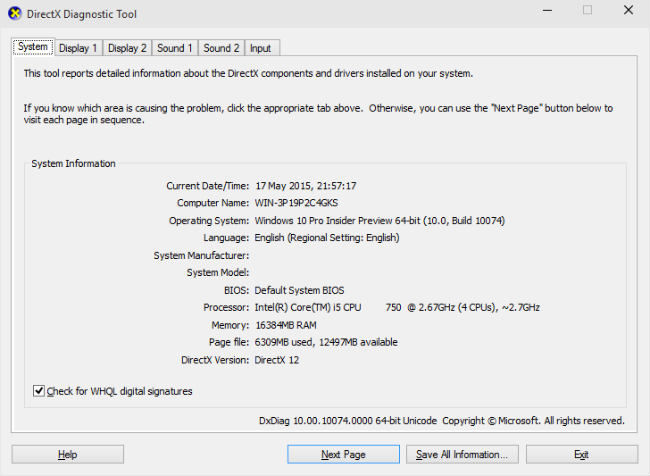 Windows 10 includes DirectX 12, but it will take some time before a majority of games support it.

Windows has had support for voice recognition via Windows Speech Recognition since Windows Vista, but it is only in Windows 10 that it comes with some form of personality; with integration into the OS, and with an immediately accessible and usable interface.

Cortana will be familiar to those with Windows Phones, so it’s unlikely you’ve never used it. It is Microsoft’s alternative to Google Now, and Apple’s Siri. It is a voice-activated assistant that can respond to simple voice commands such as setting reminders, getting factual information etc. With Windows 10 this kind of functionality is finally available to PC users.

Cortana will also be usable by Windows apps, allowing for possible integration with third party applications. 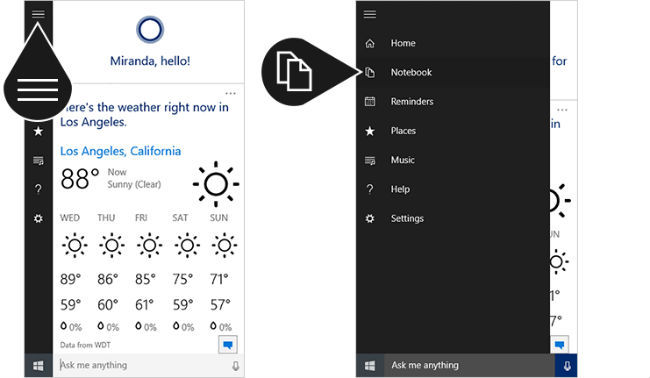 Cortana currently isn’t available in India, but hopefully it should be there by launch.

While Windows 8 tried to converge the  tablet and desktop form factors, it ended up unsuitable for either. Tablet users still had the desktop to deal with occasionally, and desktops users had to frequently deal with a clumly tablet interface.

Windows 10 aims to do a better job with Continuum, which allows Windows to adapt its interface to the current state of the device, not just the form factor. For instance, a laptop switch between the desktop and touch UX as the keyboard is connected or disconnected. With a TV connected the same device can show a TV-specific UI as well.

Even Windows 10 on phones will have the ability to show a desktop UI when docked, and a TV-centric UI when connected to a TV. This is something that both the KDE community and Canonical had been working on for their respective desktop environments.

There is a lot more that Windows 10 has to offer to developers, and hardware enthusiasts. For instance, Microsoft has developed tools to enable developers to easily port Android and iOS apps to Windows. They have also made versions of Windows available to install on devices such as the Raspberry Pi 2 and are working to make it possible to install a Windows 10 ROM on your mobile like you would a CyanogenMod ROM.

For those with more constrained systems with limited storage space, there is yet more good news. Windows 10 will greatly reduce the size of the Windows install by removing the need for a recovery partition, and by compressing system files.

Then of course, there is the whole business of the Hololens, Windows’ foray into augmented reality that has a lot of people excited. There are a ton of things to look forward to in Microsoft’s latest OS, and many of them you can already experience in the pre-release preview versions available today.

In light of all the other features we have mentioned, this may seem almost trivial, but it is of import, believe us!

Recent versions of Windows have ballooned to unreasonable sizes; a Windows folder of 30GB isn’t considered ridiculous, it’s  expected. With hard drives touching 4TB capacities and getting increasingly cheaper, this wasn’t much of a big deal. However, recent years have seen the rise of ultraportable devices such as tablets that feature much more limited amounts of solid state storage.

Microsoft has introduced a number of measures to reduce the footprint of a Windows install, firstly by introducing new ways of compressing system files that can reduce the size of an install by as much 2.6GB. It has also eliminated the need for a recovery partition on Windows systems, bringing an additional saving of at least 4GB and possibly more.