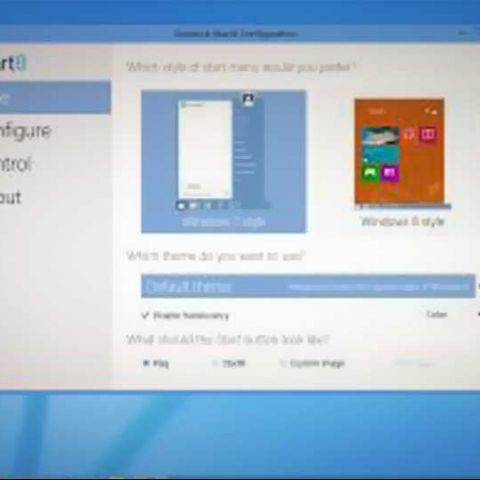 Sense of familiarity and a zone of comfort are two sentiments close to the hearts of a lot of Windows users. It is from here their user experience builds. Microsoft had retained that at most times, making it easier to cajole users into upgrading. Windows 98 to XP (forgetting the likes of ME which were basically disasters) was pretty much a visual change, while it retained the same skeleton as the earlier OS. Windows XP to Vista, for all its faults, did not change the structure much. Same for Vista to Windows 7. People knew where their documents were, how to get to the list of installed programs and how to get to the control panel to make changes, for example.

With Windows 8, things changed drastically. Start the PC, and users were hit with the Windows 8 UI – essentially a screen full of tiles. Immediately, the question pops up – “how do I get to the desktop”. One of the tiles lets you do that, but for most users, the extra step and the sudden arrival of too much information on one screen is a little overwhelming. Point them to the desktop tile, and voila, they see the familiar landscape. But, where is the start button? And why does Internet Explorer sit there? How do I get to see the list of apps? How can I go to My Computer? Where is the Control Panel? Just some of the questions, but very critical and sometimes even paralyzing for some users.

We won’t really get into whether Windows 8 is good or bad. That is an intense topic of discussion for some other time, usually interlaced with a generous dose of cursing. This time, we try to solve the problem. The problem of how to make Windows 8 usable for someone who finds it too steep a learning curve. Solving the problem, hopefully……

Step 1: Keep calm. And carry on reading this article.

All will be good. We have listed the applications you need to download and how to go about setting them up. Do it all the way we have said you should, and you will get straight to the familiar desktop the next time around, with the start button sitting where it is supposed to.

This is the solution to the most worrying visual element – the tile based start screen, instead of the familiarity and comfort of the desktop with that wallpaper. You will need to download, buy and install the Start8 application. Trust us, these will be $4.99 very well spent. The amount of control this app lets you have on how Windows 8 behaves is just immense. The option for “go straight to desktop when I sign-in” is just incredible. The tile based start screen, that gives you the palpitations, can be done away in one shot. A lot of people get tripped over by the hot corners, and the top left, bottom left and the charms bar can be disabled via this app. But, primarily, the start button brings with it the complete start menu, as seen in previous versions of Windows. Pin programs here, and get the familiar architecture of where to find the documents, photos, my computer, control panel, search etc.

The design element has not been forgotten. The options are very detailed, right down to sharp edges or rounded edges for the start menu. If you like to dabble with a bit of new while retaining the old, you can set up the Windows 8 style start menu.

You can download the app for an unrestricted 30 day trial, and buy it anytime during the trial or at the end of the free journey! Download here.

Step 3: Windows 8 can be tamed

The “Windows 8 apps” do not usually run in desktop mode. This means, you switch away from the familiarity of the desktop mode. Additionally, you also miss out on the ability of multitasking with your desktop apps. After Start8, Stardock released the software called ModernMix, which lets you run those “special” apps on your desktop in the windowed mode, letting you access the taskbar which otherwise would not have been possible. And can even be pinned to the taskbar for quick access – and you get access to these apps just like any desktop app. ModernMix offers a fairly detailed set of tweaks, but very easy to understand. While you are using the app, there is always the escape route that lets you toggle between the controlled mode and the actual UI mode they were originally supposed to be in!

This app, like all things traditionally Stardock, comes with an unrestricted 30 day free trial. Post that, you need to buy it for $4.99, the same price as Start8.

With these apps installed, or at least Start8 installed, Windows 8 on your PC will behave like how Windows 7 used to – with the login into the desktop and the start button and the familiar menu sitting right there. Hopefully, the money spent on these apps will make the usage experience a lot smoother, and we believe it is an investment towards good health. How? Because Windows 8 can really get you through a variety of emotions – anger, despair, extreme cursing and possibly even damage to one’s own body!

Why we want you to stick with Windows 8

There are reasons for that. With major rework under the hood, Windows 8 is very different from the previous Windows OSes. That has its benefits – better performance being the critical one. On the same machine, Windows 8 will boot quicker than Windows 7 and feel quicker in the typical usage scenario, replicated exactly on both OSes. Secondly, the battery life does witness an improvement with Windows 8. On the same hardware, Windows 8 logs better backup time scores, sometimes as much as 20% more, than a Windows 7 machine. For someone on the move, that is a critical improvement. Going forward, the energies of software and hardware companies will be on the newer OS, in terms of software updates, newer features and frequently updated drivers. If you are a gamer, for example, you will get better performance, and the likes of Nvidia and AMD will focus on releasing improved drivers and software for machines running Windows 8. It is pretty natural for the older OS to be relegated into the shadows, somewhat.