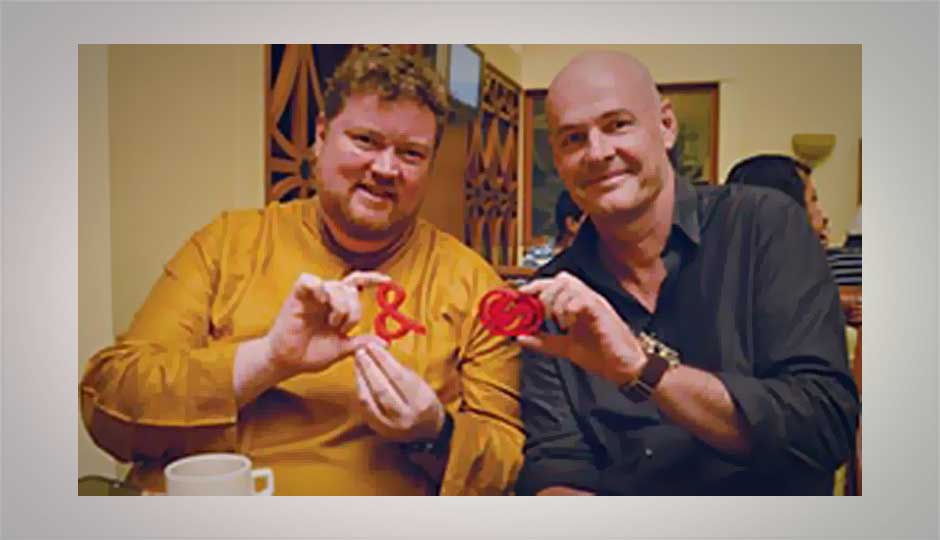 We spent an afternoon chatting up with Adobe’s Paul Burnett and Karl Soule, both distinguished creative professionals in their own right and Adobe evangelists no less, to try and understand Adobe’s take on 3D printing, the nuances of Creative Cloud, and what it means to be a creative professional in the 21st century. Exclusive excerpts from our interview:

Q) Adobe Photoshop is traditionally recognized as an advanced 2D design software. How do you see it adapting to the disruptive phenomenon of 3D printing?
Paul Burnett: A few years ago we added 3D to Photoshop and have improved upon it since then, and the reason we did that because there was no tool in the market that enabled 3D artists to easily work on the textures of 3D objects. Most of the apps like Studio, Maxx, etc., allowed you to output a texture mesh but it’s really difficult to paint on. So Photoshop gave those people a way to bring those models in and work visually on the textures almost as if they were picking up a 3D model with a paintbrush and painting on it. That really attracted a lot of people who worked with 3D to Photoshop.
So yeah you can build simple 3D stuff, but I wouldn’t build anything complex in Photoshop. Instead use the 3D tools out there and bring them in to do some manipulation and enhancement of the 3D models. One thing we found out people were doing as soon as we added 3D support in Photoshop, is that they were using 3D models in their compositions.
Also, people always think of Photoshop to be just a photo manipulation tool, but it also has video editing capabilities. That’s a big part of Photoshop as well, bring video, audio, and 2D compositions. And the beauty of is that I can bring all the power of Photoshop’s ‘still’ editing (layer effects, blend modes, etc) into my videos in Photoshop. So really it’s a much bigger tool than just used for photo manipulation – it’s also for 3D.
Karl Soule: We hear a lot of people say that they only use 20 per cent of Photoshop and one of the key things about it is that the 20 per cent you use may be different from 20 per cent I use or 20 per cent that someone else uses. It’s clearly one of those things that anybody who’s creative has a copy of it on their desktop. It’s a one-stop shop for a lot of things. It’s amazing how it’s evolved over the years and how it’s continuing to grow in the whole 3D printing space.

Funtouch OS 13 announced for Vivo and iQOO devices: Top features and rollout roadmap
Samsung One UI 5.0 eligible phones list and release timeline is out: Check them out here
Google Chrome is ending support for Windows 7 and 8.1 soon: What you need to know
One UI 5 features officially lands on Samsung Galaxy S22: Check out details here
macOS Ventura is available for download now with new features: Continuity Camera, Stage Manager, and more
Advertisements