5 reasons you should upgrade to Windows 8 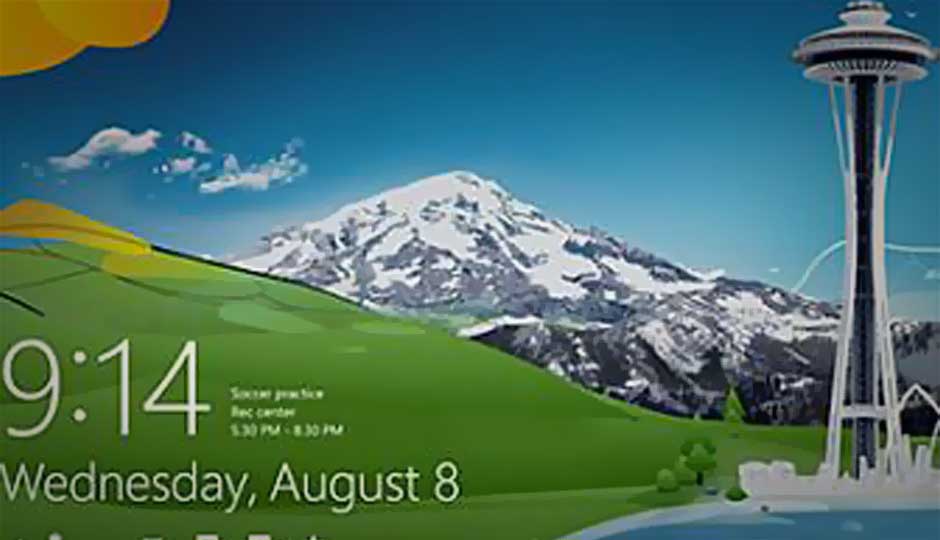 Windows 8 brings significant advantages to those who are upgrading existing PCs or purchasing new ones, thanks to features that better take advantage of the new OS's capabilities.

The operating system offers improvements in performance, existing capabilities, and is cheaper. For an indepth look at the OS, read my review of Windows 8, but here are a few of features that make upgrading worthwhile.

I should mention, however, that there are some cases in which you probably shouldn't make the move. The OS has a new look and requires some adjustment in the way you interact with your PC. If you don't like change or learning new ways of doing things—even if in the long run they turn out to be more efficient—you should probably stick with what you're using. Also, if your PC's specs are extremely outdated—less than 1GHz processor or less than 1GB RAM in particular—you won't be able to upgrade. And obviously, if your PC is for work use, your employer may not allow the upgrade. If these issue don't apply, read on.

1. Faster startup. On my tests comparing Windows 8 performance with that of Windows 7 on the same computer, Windows 8 started up more than twice as fast as Windows 7. In a comparison with Mac OS X Mountain Lion, running in Boot Camp on a MacBook, Windows 8 even started up faster than Apple's latest desktop operating system. And it's not just startup time: Windows 8 ran several benchmark performance tests quicker than either Windows 7 or Mountain Lion. Microsoft has clearly put work into improving performance in Windows 8.

2. A whole new world of apps. Windows 8 gives PC users a whole new world of full-screen, touch-friendly, Web-connected apps to explore. And these new apps can even display relevant information on their Windows Start screen tiles, something impossible in Windows 7 or just about any other operating system around, save Windows Phone. The new Windows Store—analogous to Apple's iTunes App Store—makes discovering and installing these new-style apps a breeze. The update process is simple, and you can install purchased apps on multiple Windows 8 devices without paying again, provided you're signed in. Finally, uninstalling the apps is streamlined by the Store, with no Registry complications as in past Windows versions' apps.

3. SkyDrive integration. Microsoft's cloud service has become way, way more than just online storage. Sure, it still lets you save and access files to an online space that's accessible from a Web browser or apps that run on not only Windows, but also Mac OS X, iOS, Android, and Windows Phone. But with Windows 8, SkyDrive is accessible to any app that wants to use it, just as though it were a local drive. It also backs up your PC's settings, letting you replicate your environment should you get a new PC.
Windows 8

4. Better Security, Less-intrusive updates. PC Magazine networking and security analyst Fahmida Rashid considers Windows 8 "the most secure version of Windows yet." This stems from a couple of things, starting with Secure Boot. ExtremeTech's Sebastian Anthony explains secure boot succinctly as follows: "Windows 8 stops a computer from loading an operating system that hasn’t been signed by the publisher (in this case, Microsoft or an OEM)." Another security gain is that all apps in the Windows Store are scrutinized for security issues. Finally, Windows 8's default Web browser, Internet Explorer 10, was rated best in a recent test by NSS Labs, detecting and blocking over 99 percent of malicious downloads without any help from a third-party antivirus program. This compared with 70.4 percent for Google Chrome, which uses the same Safe Browsing API as Firefox. Opera and Safari only managed to block about 4 percent of the malicious downloads.

5. First-class touch input, but still fine with keyboard and mouse. In some ways, touch-screen input on Windows 8 is superior that of the Apple iPad. For example, you can do everything you need to by swiping with your thumbs, making a tablet easier to use by holding it by the sides. Also topping the iPad interface is Windows 8's ability to snap a sidebar to the side of the screen with a touch gesture, so that you can keep tabs on two apps at the same time.

But mouse and keyboard are hardly forgotten. The full complement of keyboard shortcuts still works, and navigating through the new interface with the mouse and mouse wheel is almost as intuitive as touch gesture input—though there are certainly some actions where touch is a better fit. Using the Windows Key becomes particularly important, as it summons the Start screen and offers key combinations that let you search, share, change settings, access devices, and more.