The history of Space Stations 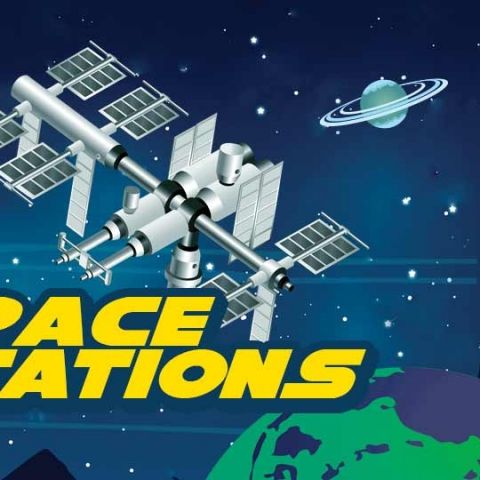 This year, 20th February marked the 30th anniversary of the launch of the historic Mir Space Station. Owned and operated by Russia (then known as the Soviet Union), this low earth orbit space station orbited the earth for about 15 years until it was finally deorbited on 23rd March, 2001. For almost the entirety of its existence, Mir was the largest artificial satellite in orbit until it was succeeded by the International Space Station (ISS), which also broke Mir’s record longest continuous human presence in space at 3,644 days. Mir Still holds the record for the longest single human spaceflight, an honor that goes to Valeri Polyakov who spent 437 days and 18 hours on the station between 1994 and 1995.

The success of space stations like Mir marked a pivotal point in the mainstream success of space exploration programs. Suddenly, every superpower wanted to put an astronaut on their own extraterrestrial home to help forward the progress of science and space exploration. In fact, the concept of the orbiting space station was first conceived as early as the 60’s by scientists on both sides of the Cold War, who were fighting their own battles to decide who would be the first to rule the frontiers of outer space.

The Race to the first space station 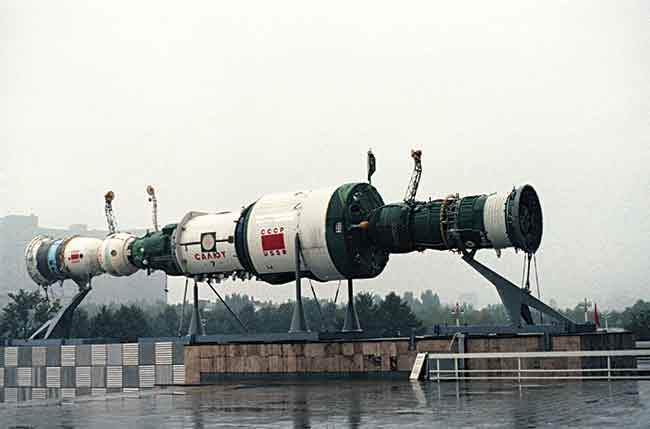 Featuring a monolithic design, Salyut 1 had several  compartments that included three pressurized cabins, two of which were usable by the crew. Like all space stations that would come after it, accessing the Salyut 1 required the use of a docking spacecraft. For this the Russians used their Soyuz 7K-OKS spacecraft, which had already seen numerous successful launches. The launch of the Soyuz 10 on April 23rd, 1971, marked the first ever manned expedition to the Salyut 1, and the spacecraft comprised a crew of three Soviet cosmonauts (a Russian-coined term for astronaut). Unfortunately, their attempts to hard-dock the spacecraft were unsuccessful, and they were forced to abort the mission.

June 6th of the same year saw the Soyuz 11 perform the first successful attempt to dock a spacecraft on the Salyut 1. The Soyuz 11 flew 362 orbits in a duration of 23 days. but owing to technical problems on board the Salyut, the crew had to cut short their mission and were transferred back to Soyuz 11 for re-entry to Earth. Tragically, a pressure relief valve on the spacecraft malfunctioned during re-entry causing a loss in cabin pressure and the death of the brave cosmonauts.

Seeing the success of the Salyut program, the United States was not one to hand in the towel, especially when it meant conceding to the Russians. Unfortunately, funding for space programs were at a premium, especially after the severe dent the Apollo program caused in America’s fiscal budget. As the program began to lose steam in the early 70’s, NASA (the National Aeronautics and Space Administration) started the Apollo Applications Program, which aimed to launch unused hardware (leftover from the Moon missions) into space for research and exploration.

It was in this program that rocket engineer Wernher von Braun conceived the idea of building a space station from an unused rocket stage. Despite reduced funding, NASA scientist tested and tweaked various prototypes until they landed on the final design of what would be the United State’s first-ever orbiting space station: Skylab.

Houston, we have a problem

The day of the launch of Skylab, May 14 1973, is a day that will go down in the history books of NASA as one where Murphy’s Law reigned supreme. The myriad of technical issues faced by the astronauts and ground crew of Skylab is almost legendary. It all began 63 seconds into its launch, when the earth’s atmosphere tore off the ship’s meteoroid shield taking with it two primary solar panels and damaging the third one, thus depriving Skylab most of its electrical power. The situation only seemed to get worse as additional damage to the ship’s antenna confirmed that the ship’s communications system had severely malfunctioned.

The ground crew at NASA’s  Marshall Space Flight Center rushed to stabilize the situation by putting the station at an altitude that would minimize overheating. Crew members were forced to conduct emergency repair procedures that included manually deploying a solar array, erecting a sunshade to avoid overheating and conducting an improvised docking procedure after a failed initial docking attempt. While definitely looked at as a sour note in the history of American Space Exploration, Skylab’s botched launch also proved that fixing a damaged space station while still in orbit was not an impossible task.

During its orbital lifetime, Skylab’s crews were able to conduct a number of crucial scientific experiments, including confirming the existence of coronal holes in the Sun and using sensors to recorded data in the visible, infrared, and microwave spectral regions of earth. Skylab’s last crew departed the space station in February 1974, leaving it in unmanned orbit. Despite NASA’s repeated plans to send additional crews, budgetary restrictions and the advent of additional space programs meant focus had to be shifted elsewhere.

The United State’s withdrawal from manned space station programs left the door open for the Russians, who were itching to discover the next technological breakthrough in space exploration. Enter the Mir space station. Famous for setting numerous space-related records, Mir will be best remembered for two truly pioneering feats. It was the first space station that boasted a modular design and was constructed in space by engineers who had to assemble individually launched modules – starting with its core module that was launched in 1986. 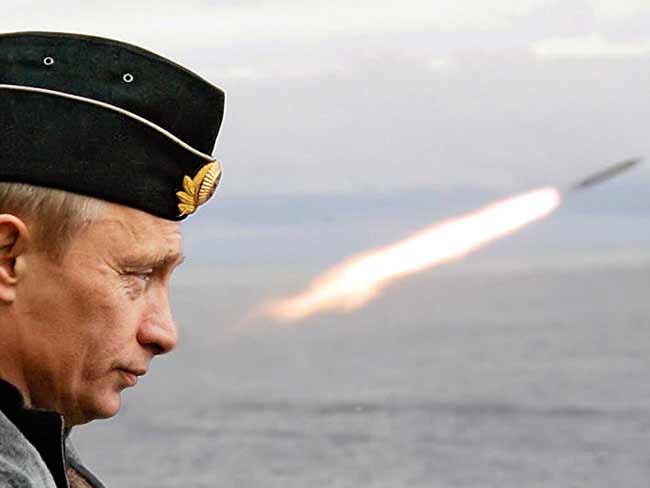 Secondly, instead of following traditional protocol that involved bringing home all cosmonauts posted on the station and subsequently launching a new crew, the Russians decided instead to conduct “changing of guard” that would take place on board the outpost itself. This gave Mir its famous moniker of being Earth’s first ever permanently manned extraterrestrial outpost. However, this so-called permanent status was severely tested in April 1987, when Mir cosmonaut Aleksandr Laveikin was diagnosed with potential cardiovascular problem and was in danger of being shuttled back to earth. Russia was steadfast in their resolve, and instead of putting an end to long-standing expedition record, they sent within three months a replacement cosmonaut along with a support crew to the station in July in order to preserve Mir’s permanent manned outpost status.

Despite their best efforts, Mir could not sustain its permanent expedition status, and had to be eventually abandoned for a few months in 1989 when ground testing damaged a Soyuz spacecraft headed to the station. This incident proved to be only a small blip in the record, as Mir would go on to remain occupied for near a decade. 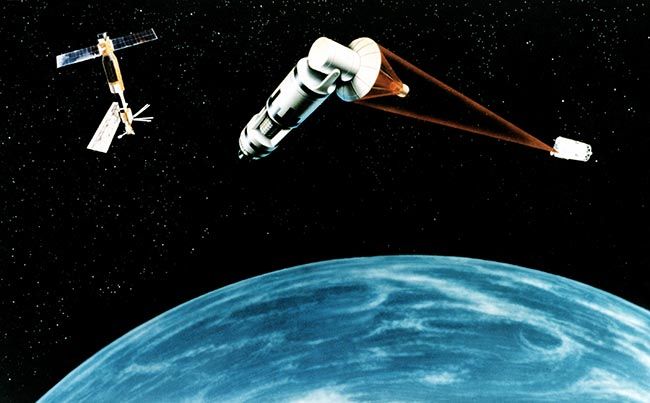 ISS and the new age of cooperation

Despite the success of the Mir space station, there were numerous reports emerging about the apparent and imminent end of the Soviet space program owing to the collapse of the Soviet Union. These rumors were squashed after the creation of the Russian Space Agency, the leaders of which quickly moved to make an agreement of cooperation with NASA for a joint space venture. The likes of such a venture were not thought of since the conception of the Apollo–Soyuz Test Project in 1972, a space program that marked first joint U.S.–Soviet space flight as well as the last flight of an Apollo Program spacecraft.

The first of these new cooperative programs was the Shuttle–Mir program, which saw a total of nine American astronauts visit Mir between 1995 and 1998. These missions gave NASA astronauts their first exposure to long-duration spaceflight since Skylab, while teaching both nations the importance of cooperating towards building a new and more-improved modular manned space station. For the betterment of space travel, these plans did eventually come to fruition and marked the birth of a space program that would bring to life to the now world-famous International Space Station (ISS). 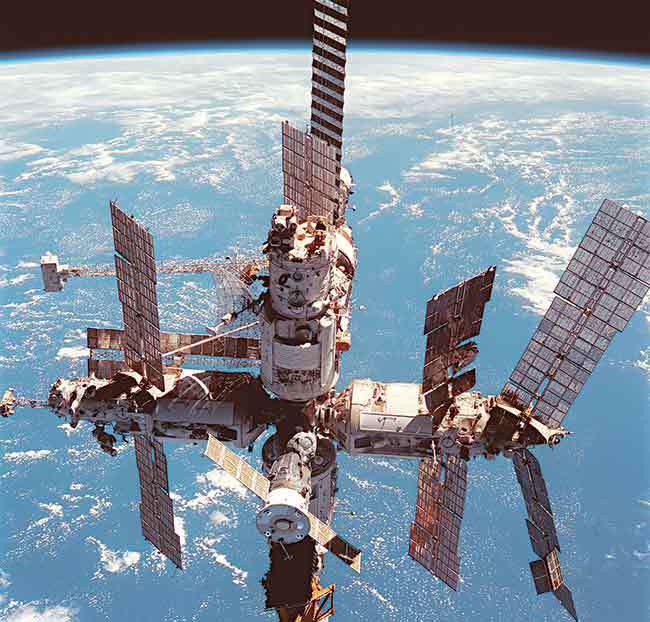 Similar to the Mir, the ISS is an low Earth orbit man-made satellite and is currently the largest artificial body in orbit (which, in the right circumstances, can be seen with the naked eye). True to the program’s spirit of international cooperation, early modules for the ISS were launched by Russian Soyuz rockets as well as American Space Shuttles (until the latter program was shut down in 2011). In fact, the ISS program is a joint venture that includes not just NASA and Roscosmos (Russian Federal Space Agency) but also JAXA (Japan Aerospace eXploration Agency), CSA (Canadian Space Agency) and ESA (European Space Agency), which includes 22 member nations.

One of the main objectives of the ISS is to provides a unique platform for conducting scientific research, chief of these being microgravity conditions and exposure to the harsh, unforgiving conditions of space.  In addition, space stations like ISS offer an environment in which studies can be performed for potentially decades, something that was not previously possible with manned spacecraft. This opportunity has paved the way for extremely interesting experiments from developing technology for more advanced space exploration to studies on the effect of space-like conditions on human health.

Reports on 28th March 2015 claimed an agreement had be orchestrated between Roscosmos and NASA to collaborate on the development of a replacement for the ISS. This report was based primarily on an announcement by Igor Komarov, the head of Russia’s Roscosmos, who stated that “Roscosmos together with NASA will work on the programme of a future orbital station”. He also stated that the first step towards this would be to continue operations on the ISS up to 2024. While this sounds like exciting news, NASA spokesman David Weaver stated that the agency appreciated the Russian commitment to extending the ISS but he did not confirm any plans for a future space station.

Space stations like the ISS also serve as a destination for newer spacecrafts designed by space agencies including national bodies like NASA and JAXA as well as private-owned ones like SpaceX. Since it’s launch, the ISS has welcomed a variety of space vessels including prominent ones like NASA’s Space Shuttle, Russia’s Soyuz, Japan’s HTV (H-II Transfer Vehicle), the ESA’s ATV (Automated Transfer Vehicle), and most recently SpaceX’s Dragon capsule. We haven’t even mentioned the potential applications for space tourism, highlighted by Boeing and Sierra Nevada Corporation’s plans to dock their manned CST-100 capsule and Dream Chaser space plane, respectively, with the ISS. With the increased interest in space travel and the tangible advances in space exploration technology, it seems only a matter of time before feasible commercial space tourism becomes a reality.

Also read our article on the new space race here. 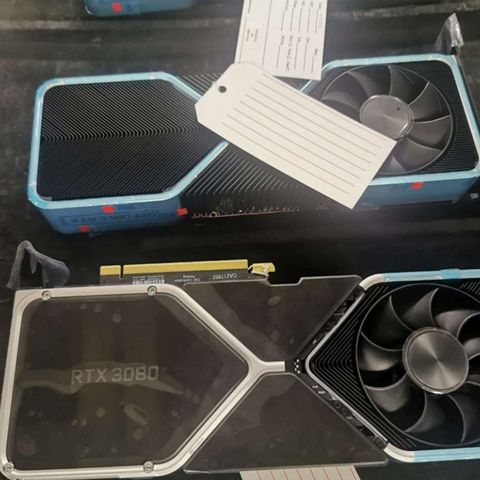 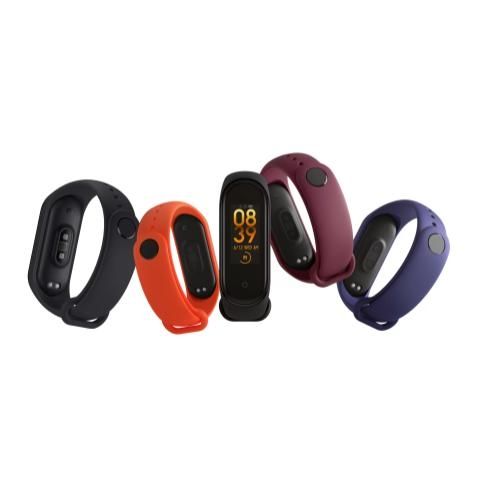 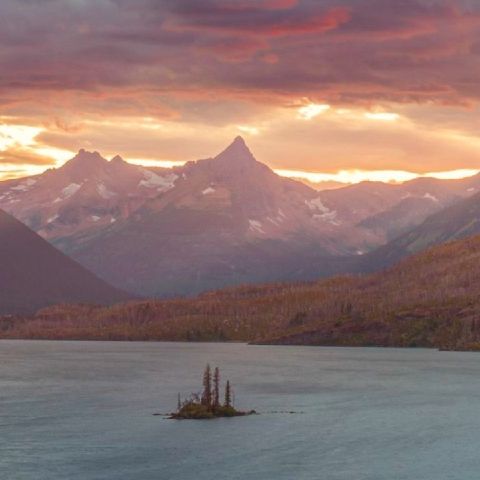 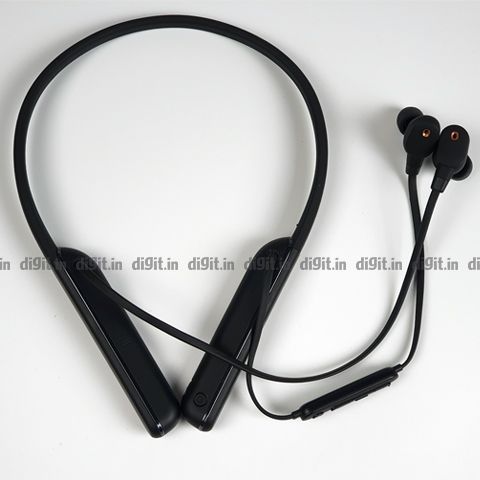