NASA's latest rocket will take off from inside an aircraft, 39,000 feet in the air 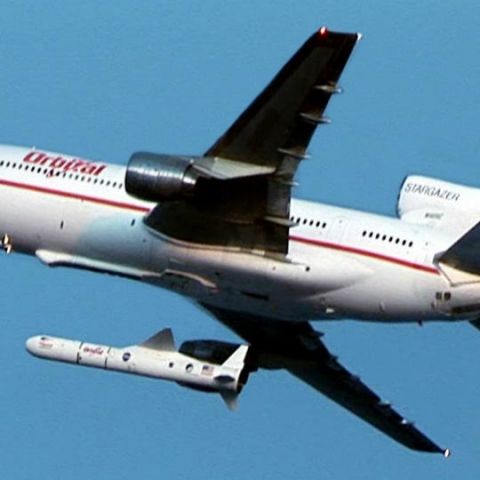 The NASA CYGNSS probes, to be launched later today, will aim to achieve this unique feat of an airborne rocket takeoff.

The year 2016 has seen a lot of interesting rocket launches, and just when we thought none can topple SpaceX with its mid-sea landing of the Falcon 9, American aerospace manufacturer Orbital ATK has upped the ante. Later today, at 5:41pm, NASA’s CYGNSS mission will take off with its probes aboard the Pegasus XL rocket, loaded on Orbital ATK’s Stargazer L-1011 aircraft. The rocket carrier aircraft will take off with the entire payload from Kennedy Space Center in Cape Canaveral, Florida, and carry it to a height of 39,000 feet above sea level to a target drop zone over the Atlantic Ocean.

Five seconds after being deployed in air, the Pegasus XL rocket will start its main motor, followed by two more motor ignitions to reach the altitude and orientation of the Earth’s lower orbit. Once this is attained, the deployment module will kick into action and deploy CYGNSS probes in pairs. The entire deployment process, from the launch of the Pegasus XL from the Stargazer to the last probe put in orbit, will take about 14 minutes to be completed. Once the entire process is completed, rocket motors aboard the Pegasus XL will reignite to send it out of orbit. The deployment will also subsequently begin solar energy operations on the probes, and three hours after deployment, NASA will make contact with the probes to begin its studies. 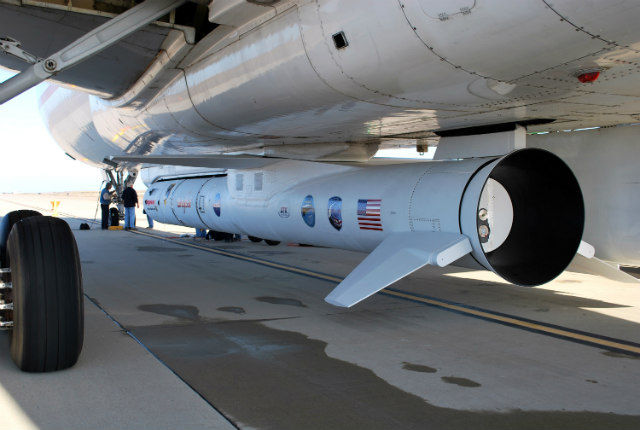 The unique bit about today’s upcoming launch of the CYGNSS probes is in the nature of its initiation. Rockets are usually launched from a vertical takeoff pad, but that usually incurs additional expense in terms of rocket fuel. Air launches are not a new concept, and the first experimental launches were begun as early as the late 1940s. Reduced thrust requirements, rocket mass and cost of the launch process are the major advantages that led to many attempting air launches. Weather constraints are also taken care of with such launches.

The horizontal launch aircraft takes care of the dense lower atmosphere, which otherwise requires higher rocket fuel usage in the rocket, and hence, higher rocket mass. Today’s launch, aboard the Orbital ATK’s Lockheed Stargazer aircraft, will focus on reduced expenses of the launch in deployment of the CYGNSS probe. Founded on February 9, 2015, Orbital ATK was formed out of the merger of Orbital Sciences Corporation and segments of Alliant Techsystems. Its parent company, Orbital Sciences, has been in the aerospace industry since 1982, serving such launches alongside the defense aviation industry.

NASA’s CYGNSS satellites will be used to study winds on the ocean surface within the inner cores of hurricanes, and monitor the process of formation of storms and the magnitude of their intensity. Each of these solar-powered probes have GPS signal receivers that will be reflected in from satellites, which will give the probes a deeper insight into the storms, which CYGNSS researchers can then use to study. The consequence of the research will also allow superior prediction of devastating storms, which in turn will allow cities to better prepare for natural calamities.

With the launch scheduled at 5:41pm today, all eyes will be on the Stargazer L-1011, carrying the extensive payload into initial launch height. Engineers and researchers would have taken the necessary precautions to prevent any incidental damages incurred due to lateral forces at take off, and will mark an important milestone in our quest for affordable space missions.