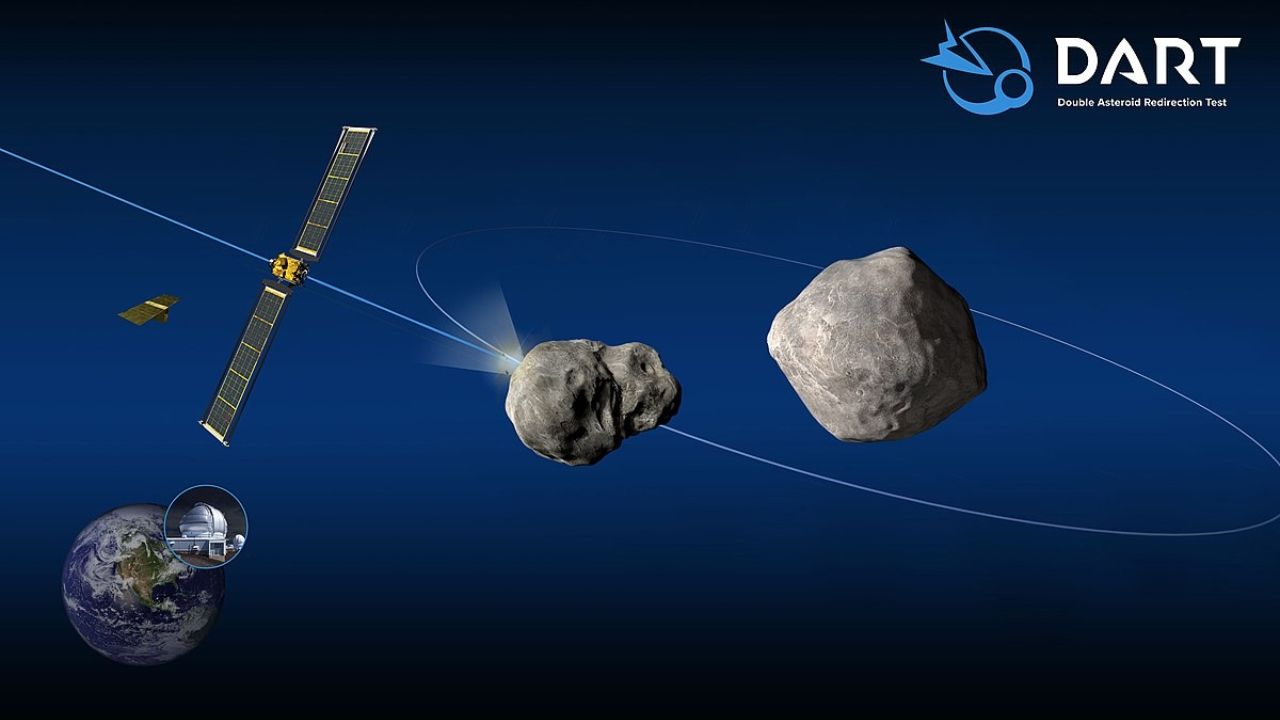 The asteroid hurled along its path, shedding orange embers as it made its way to its target. The darkness it had emerged from created a silent veil that absorbed all light until all that existed was the giant rock and anything that lay in its path. It moved with purpose, gaining speed until it finally sunk against the cold, metallic spacecraft hailing from a little planet called Earth.

No, this isn’t an excerpt from a Sci-Fi novel - it’s what happened on September 26, 2022, when NASA’s spacecraft crashed into Dimorphos, an asteroid that was a part of a double-asteroid system. The collision was carried out as a part of NASA’s Double Asteroid Redirection Test (DART), an effort to determine whether large asteroids moving toward Earth could be redirected. You know, to save humanity.

Why Did We Fling a Spacecraft at a Random Asteroid? 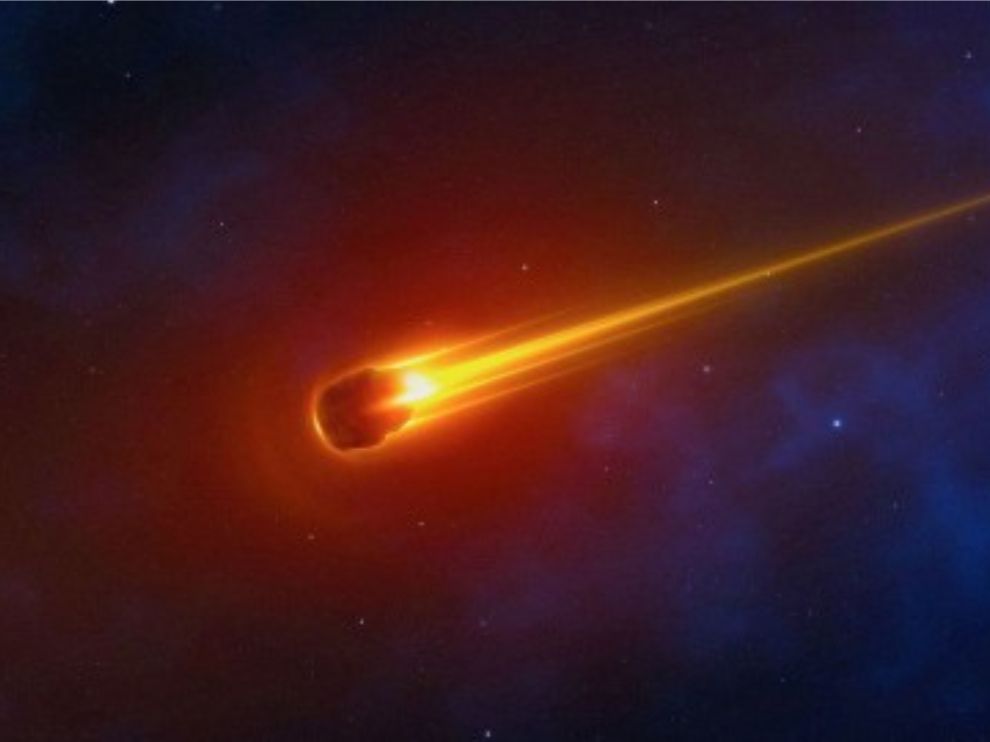 The idea of defending the Earth from life-threatening asteroids had been doing the rounds at NASA and the European Space Agency for a while. The two organisations joined forces with other international entities in 2015 to form the  Asteroid Impact and Detection Assessment (AIDA). The primary function of AIDA is to help create defence protocols for Earth in the event that a large asteroid threatens its being. AIDA efforts comprise DART (from NASA), LICIACube (from Agenzia Spaziale Italiana) and HERA (from ESA).

As the name indicates, DART’s primary function is to test whether crashing a spacecraft into an asteroid is a feasible solution for veering it off course. It is the first-ever test of its kind, and has been created to demonstrate NASA’s kinetic impactor technology (which relies on the notion that kinetic impact can be used to veer an asteroid off its course in space).

Scientists chose Dimorphos, a small asteroid orbiting a larger one known as Didymos. This asteroid is estimated to have a mass of 5 billion kilograms and will never intersect Earth’s orbit, which means it was never a threat, to begin with. Additionally, it’s impact with the 560kg  DART spacecraft will also not cause it to eventual steer into Earth’s orbit. To ascertain whether the experiment is successful, the original plan was to deploy two spacecrafts - DART and AIM. The latter would deploy a year ahead of DART to capture images of Dimorphos before and after the impact. This would help scientists validate whether the asteroid changes its orbit on impact.

However, this plan was revised as the years went on. AIM was replaced by HERA (heralded by ESA), which will now be observing Dimorphos 4 years after the impact. This will help scientists monitor whether the asteroid would stay on its new course, along with checking to see long-term impacts on the asteroid’s surface caused by the collision. It is believed that this data can enhance planetary defence knowledge. 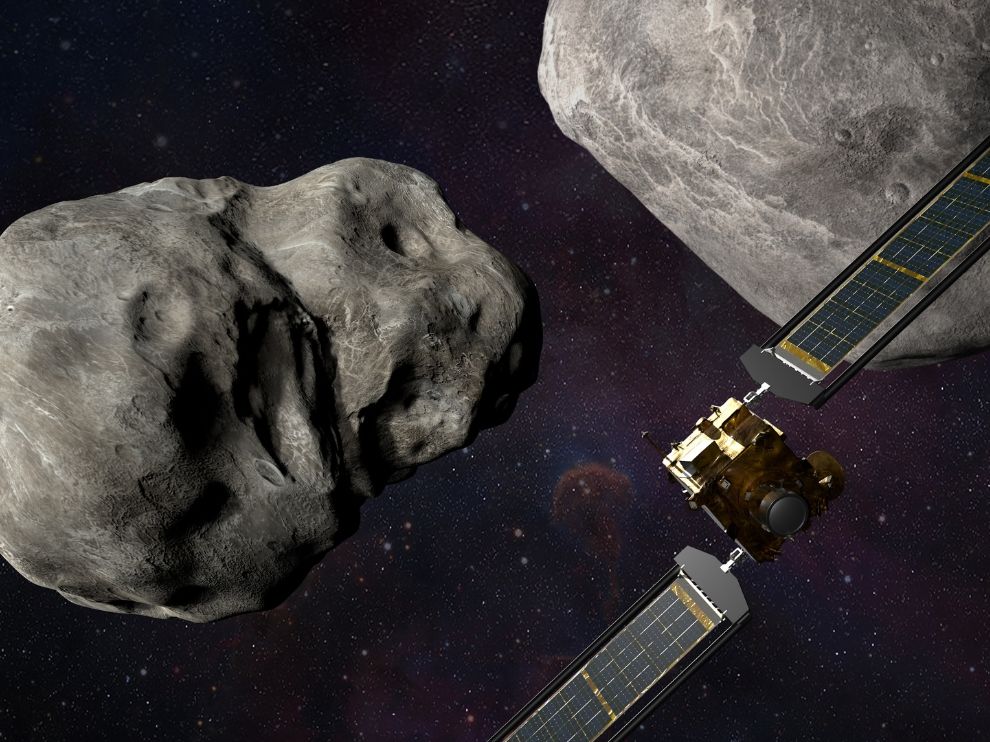 DART was launched on November 23, 2021 10:21 PM PST, and collided with Dimorphos on 26 September 2022, 7:14 EDT). Its payload has a single instrument, Didymos Reconnaissance and Asteroid Camera for Optical navigation (DRACO - you think they chose the acronym first and reverse-engineered the name?). DRACO is a narrow-angle telescope equipped with a LORRI camera and is being used to capture high-resolution images of the asteroid before and during impact. DART is also equipped with Light Italian CubeSat for Imaging of Asteroids - LICIACube, courtesy of the Agenzia Spaziale Italiana (ASI). NASA also developed a special algorithm, Small-body Maneuvering Autonomous Real-Time Navigation (SMART Nav) to detect the right asteroid and hit it correctly.

With a successful launch, it took 10 months for the spacecraft to reach and then hit its target. Since then, NASA has been collecting data using DRACO and other technologies to determine the depth of its impact.

What did NASA Learn? 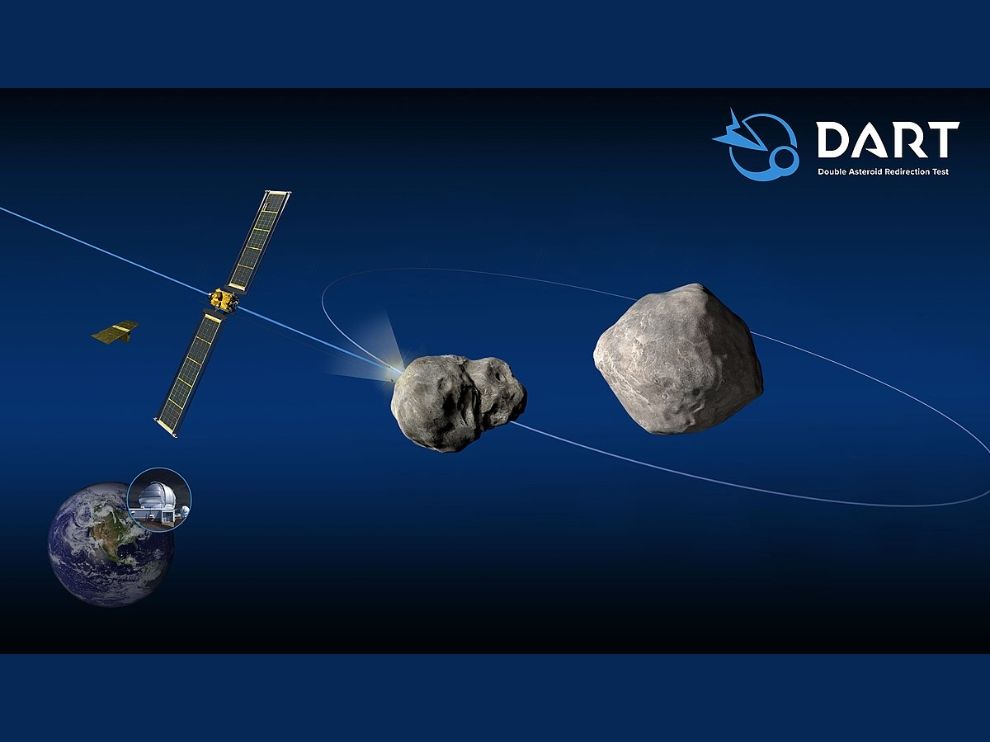 The good news is: yes, if a life-threatening asteroid were to make its way to Earth, we can deflect it by essentially Hulk-smashing it with a spacecraft. Prior to impact, Dimorphos took 11 hours and 55 minutes to orbit Didymos. Now, the asteroid takes 11 hours and 23 minutes, with its orbit shortened by 32 minutes.

According to NASA, an orbital disruption of just 73 seconds would have been considered a success, so it’s fair to say that the little spacecraft passed this test with flying colours. This represents a 4.5 per cent change in direction, which is a number that can be improved based on how much time NASA scientists have on detecting killer rocks.

Interestingly, post-collision, Didymon has now left a trail of dust and debris in its wake, proving that no matter where humans wander, they love to litter. This dust and debris is made of smaller chunks of the asteroids that broke apart on impact. Scientists are keen to study this further to understand the composition of asteroids. Such knowledge may help craft more efficient planetary defence protocols in the future, with technologies that target asteroid matter itself, rather than just blow it apart. This, of course, is only a speculation at this point as NASA is yet to identify what asteroids are made of fully. Based on images captured by WEBB and HUBBLE, Dimorphos is still continuing to eject debris.

Elaborating on DARTs recent findings, Cristina Thomas, DART’s principal investigator, said “I am absolutely thrilled about today’s announcement of the orbital period change due to the DART impact. I am constantly impressed by this team and the phenomenal observations that they were able to collect in the two weeks since the impact. Our team has been preparing for these observations for years as we worked to understand the pre-impact orbital period and this result is a testament to how prepared we were for this moment.”

Nancy Chabot, the DART coordination lead from the Johns Hopkins Applied Physics Laboratory (APL), said “DART has given us some fascinating data about both asteroid properties and the effectiveness of a kinetic impactor as a planetary defense technology. The DART team is continuing to work on this rich dataset to fully understand this first planetary defense test of asteroid deflection.”

As far as proving the initial hypothesis, it’s fair to say that DART has shown that kinetic impactor technology is a viable solution for defending the Earth against asteroids. The same can’t be said for aliens, though. We’d definitely need a shield for that.

NASA scientists are collecting data from DRACO, WEBB and HUBBLE. At this point, evidence from all three have gone a long way to indicate just how deeply the collision has impacted the course of Dimorphous. However, there’s still plenty of research up for grabs. The next big milestone comes in 2026 when HERA will be deployed to monitor the double asteroid system. This will further validate the test, and may also bring new information regarding the surface composition of asteroids to the fore.

DART marks the first-ever instance of mankind altering the path of an asteroid, and with that in mind, the mission offers plenty of reasons to celebrate. The future will see NASA determine how impacts to Earth can be prevented with what they have learned (though, as of writing this, there doesn’t seem to be one headed towards Earth anytime soon).