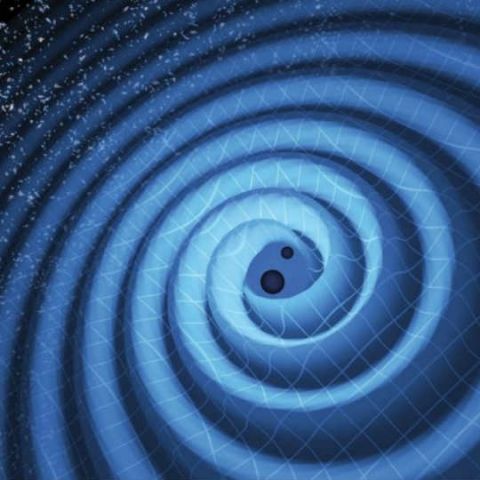 The intensity of the force created a collision in space-time itself.

The Laser Interferometer Gravitational-Wave Observatory (LIGO) is a fascinating feat of engineering and technological advancement. The relevance that LIGO has to science and space is beyond profound miracles - observations of gravitational waves and compliance with Einstein’s much-debated Theory of Relativity. And, if the first detection of gravitational ripples from the collision of two massive black holes back on September 14, 2015 was anything close to miraculous, the second detection of two black holes colliding to form a singular black hole 21 times the mass of our own shining star is defining proof of the massive forces at play around the distant fringes of outer space.

The ripples sent across by the gravitational force of the black hole collision were so powerful that they created disturbances across the space-time equilibrium plane, which were picked up as infinitesimally minuscule shivers on Planet Earth in two, L-shaped, 2.5-mile-wide tubes that comprise the primary paraphernalia of LIGO. The discovery was reported at a meeting of the American Astronomical Society on June 15, noting confirmation of intense gravitational fields left behind after the collision of two dying stars. While the detection of the very first collision was substantial proof of the theory of gravitational relativity, the second detection picked up by LIGO on Boxing Day, 2015, gives absolute confirmation of the theory. LIGO detectors placed in Louisiana and Washington picked up the small, oscillating stretching of space-time, which Einstein had stated in his theory as a signal of violent, breakneck collision of gargantuan objects. 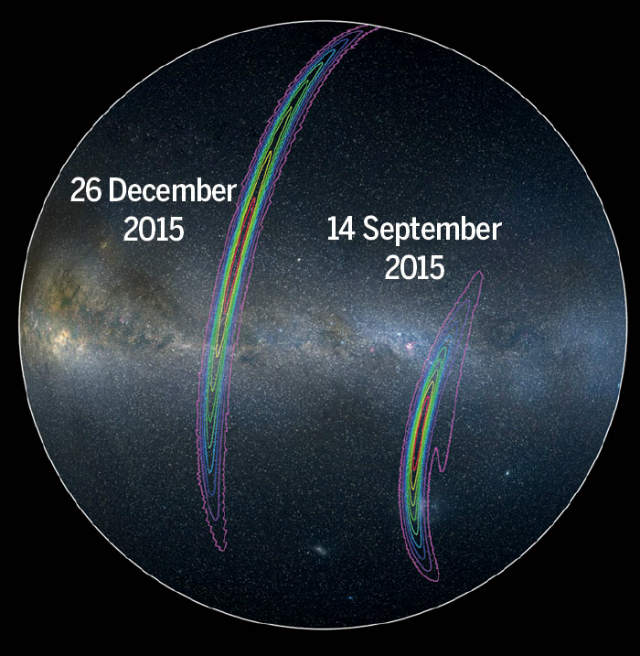 In comparison, the second collision is smaller in scale than the first one. While the first collision involved the dying moments of two black holes bearing masses 29 times and 36 times greater than our Sun, the latest one involved black holes that were 14 and 7 times greater in mass than the Sun. The recent collision is “much more garden variety”, said Sebastian Heinz, Astrophysicist at University of Wisconsin, Madison, to Science Magazine. The previous collision was puzzling not only because of the overall magnitude, but the initial formation of the individual black holes, too. With relatively large black holes in near-relative distance, astrophysicists are still due in studying how the black holes were initially formed. Scientists got to observe only the last 10 cycles of the initial collision, before the two black holes collided. In this one, the LIGO team of over 1,000 scientists got to observe 55 cycles of the gargantuan collision. 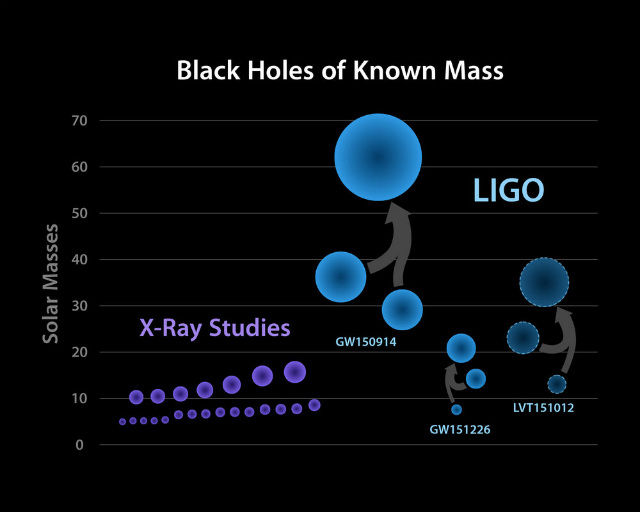 The latest observation noticed one of the black holes spinning at 20 percent of the maximum spin rate permitted by general relativity. With larger cycles under observation, it gives more room to test the predictions of the original theory of relativity. LIGO, though, is not at its full design sensitivity, which is expected to increase by 2.5 times at peak. Black hole collisions are frequent occurrence in the universe, and with increasing sensitivity, LIGO is expected to pick up oscillations of these mergers in increasing frequency. These are expected to speed up the field of research in astrophysics, making eventual inlays in the field of gravitational continuity and impact.

LIGO is expected to initiate a second data run later this year. It will also be joined by the VIRGO detector, based in Pisa, Italy, increasing the accuracy of distances and locations in space. Interestingly, it gives astrophysicists the tool and technology to study waves that have till date remained beyond human reach.