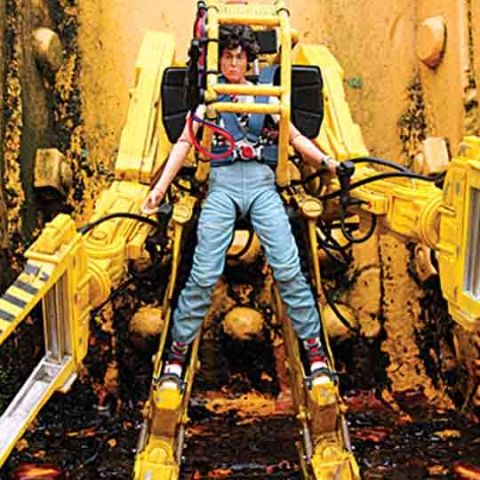 Whether it be from the Iron Man movies, or from yesteryears animated series Mobile Suit Gundam, or even the highly popular game Crysis, exoskeletons and armored suits have been portrayed to us in the form of extremely advanced sci-tech that can only be the brainchild of the most intelligent billionaires on the planet. While some of that might be true, exoskeletons are already more real than you think.

Some form of exoskeleton tech has been showing up in the news since the last five years, in the form of limb augmentations and locomotion assistance. It is only recently that power and speed enhancing exoskeletons are not only being announced, but also launched and used. And with the inhibitions regarding using technology to enhance our human abilities reducing everyday (check out last month’s cover story), now is the right time to know more about what exoskeletons can do.

Contrary to what it may seem like, we have been trying to build exoskeletons for quite a while now. Way back in the late 19th century and the early 20th century, there were a couple of efforts to build gas and steam powered movement assisters. But these weren’t really eligible for being classified as exoskeletons. The first true mobile machine which integrated with human movements was developed almost 50 years later by General Electric and the US Military in the 1960s. The suit was named Hardiman, and it enabled the user to lift weights up to 680kgs. It effectively reduced weights to their 25th portion, i.e., a person lifting 25kg would feel like the weight is 1kg. Ultimately, the size and weight (almost 1500kgs) with the power supply and other control issues never let Hardiman go beyond the prototype stage, and it was declared too unsafe to use. A number of further projects did spring up over the next 40 years. The Pitman suit designed by the Los Alamos National Laboratory scientists never left the drawing board. Even in the 90s, efforts by the US Army to build an iron-man like suit met the same fate. The limitations of the technology available had stymied the possibilities of exoskeletons for the entire duration of the last century.

Fast forward to 2000, the Defence Advanced Research Projects Agency (DARPA) kickstarted a number of human exoskeleton projects under the banner of “Exoskeletons for Human Performance Augmentation” project, with over $75million in funds. Their requirements defined a suit that would let a soldier carry a heavy load for days without tiring, be able to operate heavy weapons single-handedly, to jump significantly high and be immune to enemy fire. Or one could say, they wanted Iron Man.

Needless to say, there were not many takers for the adventurous proposal. And from the ones that did take it up, only few have stayed in the project so far. Out of these, a few of the noteworthy ones were the XOS series from Raytheon, Lockheed Martin’s HULC and Millennium Jet’s Solo Trek XFV.  In 2010, Raytheon, an international defense contractor demonstrated XOS2, a wearable body armor guided by muscle contractions, that could lift almost thrice the weight as a normal human being. The XOS series was actually the brainchild of a company called Sarcos, which even went on to get approval from the military for their design, before it was taken over by Raytheon which continued its original undertakings. Their original design detected the contraction of human muscles and in turn pumped high pressure hydraulic fluid to joints on the setup, which in turn moved cylinder actuators attached to cables that acted as tendons for the mechanical muscles. This was closest to what the military had envisioned. 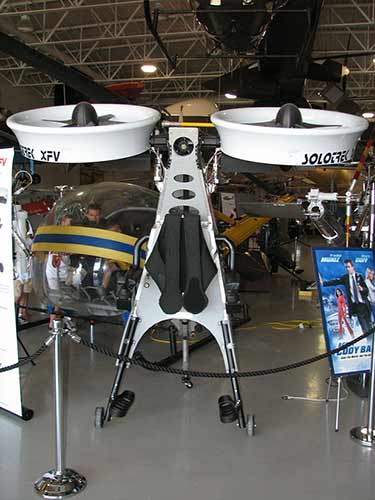 The Solotrek XFV is the exoskeleton that can fly

HULC, which had its origins in the Berkeley Lower Extremity Exoskeleton (BLEEX) from UC Berkeley’s Robotics and Human Engineering Laboratory, has been developed to be powered by fuel cell power to make it a completely untethered military exoskeleton. Berkeley had already been working on reducing the energy consumption from the limbs of the suit and it did so with some success, since the Human Load Carrier (HuLC) could reportedly work for 20 hours without recharging.

Apart from all these military advancements, exoskeletons can also be put to use for medical purposes. People with spinal injuries or partial disabilities could get around with as much ease as fully abled people with powered exoskeletons enabling them to do what their own bodies can’t. In fact, initial versions of such devices are already in the market. Take Argo Medical Technologies’ Rewalk device, a $150,000 exoskeleton that detects the shift of weight from the wearer and uses the motors at the hip and knee joints to essentially let them walk. It is actually in its sixth generation now and is claimed by the creators to be the most researched exoskeleton.

Around the same time as XOS2, Japan’s Cyberdyne Inc. (yes, we hear you screaming “Judgement day”) developed HAL (Hybrid Assistive Limb), something that could finally be called a robotic suit. Contrary to the muscle contraction detection seen in the XOS series, this model has been developed to detect brain signals which would otherwise be meant for corresponding muscles only. Theoretically, this meant that the wearer only needed to think about moving to move. The exoskeleton itself is made up of a combination of sensors, actuators and controllers. This suit was actually used by relief workers after the Fukushima nuclear plant meltdown and can be purchased by Japanese hospitals for qualified patients for $20,000. 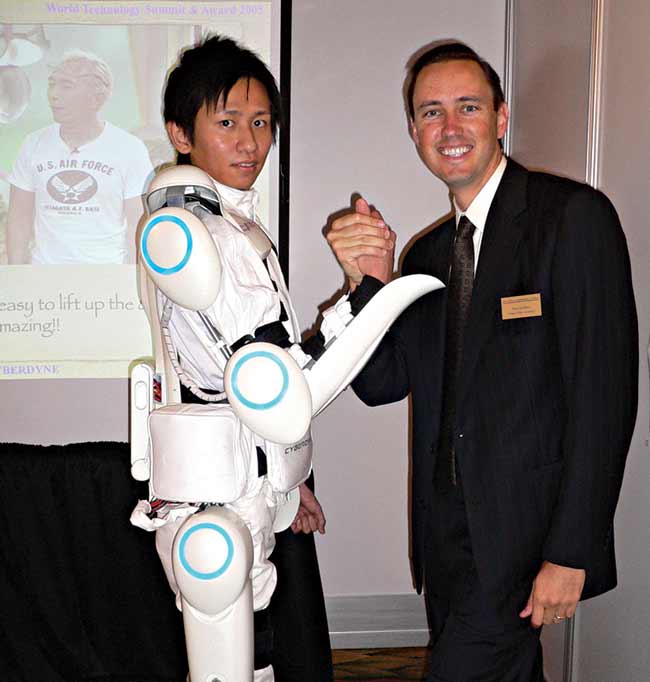 Also in the medical exoskeleton domain is the Phoenix exoskeleton designed by California based robotics company suitX, which designs and makes medical and industrial exoskeletons. For a sum of $40,000, you can get an exoskeleton that is different from other exoskeletons that are being designed and prototyped in labs right now. It is operated via buttons on the attached crutches and the walking gait can be adjusted via an android app. But the most unique feature is the fact that this suit is modular and can be adjusted for tall people or children. suitX claims that this can last for 4 hours on continuous usage. Along with this, On 10th May, 2016, Ekso Bionics announced that it will be demonstrating the EksoGT robotic exoskeleton, the first and the only exoskeleton to be cleared by the FDA for usage with stroke patients

If what we’ve been telling you so far has made you believe that you can’t really get your own exoskeleton right now, think again. Kuratas, from Japanese tech company Suidobashi Heavy Industry, is a 120,000 Yen or Rs. 7 crore worth robot/armoured suit that is both maneuverable as well as weapons ready. Developed by artist Kogoro Kurata and roboticist Wataru Yoshizaki, this machine is heavily inspired from the artist’s childhood fascination with mecha featured significantly in anime.

The machine/vehicle weighs about 4,000kg and stands at 4 metres tall. It can be operated by a person seated inside the body of the vehicle, and also remotely via almost any connected device. The onboard pilot interface is in fact a Kinect based device that incorporates motion sensing into the controls. There are several additions listed on the official website, namely twin 6000 round per minute BB rotor canons, a water bottle or fireworks launching LOHAS canon, a humanoid hand called the “iron crow” that is used to lift heavy objects, and even a “Kuratas handgun” and a “Pilebunker”. Rather than us explaining each of these additions, go here and finally design your own mecha (Cue Gundam opening theme!). If you do order one from the above link or from here, remember, good kids share their toys. 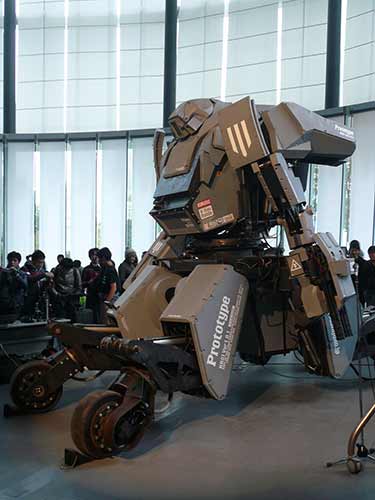 Should you suit up?

As it is with any piece of technology or science that augments human abilities or alters them, there is a question of ethics with exoskeletons as well. The positives are quite obvious, and somehow they manage to lead you to the negatives as well. The neural interfacing and muscle movement detection are opening new doors towards accepting human augmentation, and with the world coming to terms with genetic code alteration, the acceptance of exoskeletons in everyday life might act as the catalyst towards pushing cyborg research into full steam.

Most of the progress has been achieved by military and weapons research into exoskeletons. The power and impact that seems awesome inside an anime or a science fiction movie immediately looks dire and destructive when you imagine it being used in real life. We have already seen what some of the most powerful armies in the world have done to weaker nations in the last few decades, periods of relatively less global international conflict in human history. Consider this, if exoskeletons that are light and easy to use are finally developed, they will probably lead to an invincible army. The important question at that moment would no longer be how to make an exoskeleton, but rather, who made it first.