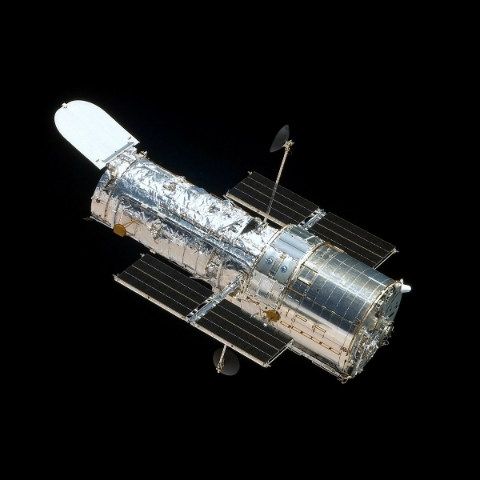 Twinkle, twinkle, little star. How I wonder what you are! Bear with us, there is a reason why we start this story with this nursery rhyme. This little stanza from the poem almost perfectly encapsulates the reason why the Hubble Space Telescope, was deployed 29 years ago on this very day. How? Read on.

Human beings have always been very curious about the world above us. The invention of the telescope satiated that curiosity a bit, but there were some problems. You see, stars don't really twinkle. The effect is caused when starlight enters the Earth’s atmosphere, where it gets affected by winds, temperature, density and more. This makes it a little tough to properly see them. The solution was to move higher where the atmosphere is thinner and the light pollution from cities is lower. However, there is only so high to can get. At least here on earth.

The Hubble Space Telescope wasn’t the first or the only space telescope to be launched, but it is arguably the most famous of the lot. Launched aboard the Space Shuttle Discover on April 24, 1990, it was deployed in space on April 25, 1990. It would enter service on May 20, that same year. However, it wasn’t all smooth sailing.

When the telescope first sent back images, astronomers noted that the images weren’t as clear as they had expected them to be. It was found that there was a flaw in the mirror used in the telescope. Getting that replaced, would be too expensive. Scientists and researchers instead sent astronauts back up to try and fix the telescope. The solution was pretty simple. They essentially added an extra lens in front of the telescope, which acted like a pair of glasses. The results were immediately noticeable.

Left: Before servicing. Right: After servicing