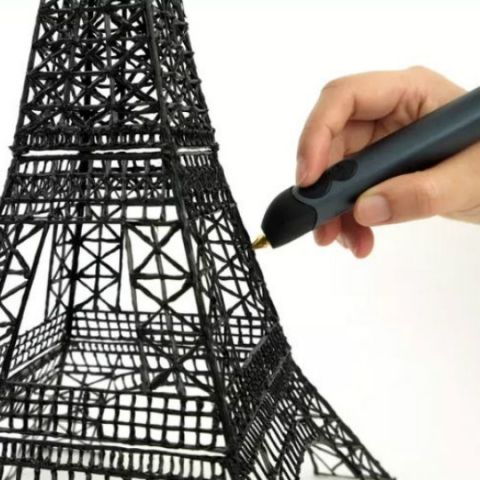 The world of 3D printing may be niche, but is filled with fascinating stories of innovation and dreams.

3D printing has developed in leaps and bounds. Promoted by the dream of sketching on air and creating realistic, replica objects, 3D printing has found niche application across research labs, enthusiasts and innovators alike. The technique of 3D printing uses an additive process to create three-dimensional objects from digital blueprints. Using material layering, the object is steadily recreated in accordance to the blueprint of 3D modeling designed in CAD. Alternatively, a 3D scanner can also be used to sketch the outlines of actual objects, thereby creating three-dimensional replicas of the same.

The steady growth of 3D printing, however, led to the necessity of the one thing that drives our lives today - mobility. With the power of 3D printing on the go, illustrators and researchers alike can sketch three-dimensional objects on the go. Not only does this bring the premise for live 3D structural art, but can be an essential peg across various industries. This led to the foundation of 3D printer pens - individual mobile units that are structured as permanent markers, and weave the power of three-dimensional printing on the go.

So, what is a 3D printer pen?
To put it simply, a 3D printer pen is essentially the head of a 3D printer, shrinked in size, reworked in architecture, powered by a mobile chassis and fit into a body that is easy to carry around and operate anywhere, any time. There are multiple ways for a 3D printer to work. Some use the process of melting, softening and solidification of material to create three-dimensional structures. The standardised processes of Selective Laser Sintering (SLS) and Fused Deposition Modeling (FDM) make use of this technology. Among other techniques, stereolithography (SLA) involves exposing photo-reactive resin layers to power sources such as ultraviolet lasers. The unit has a drive mechanism, and a heat generation module that depends on power supply, to modify the material. 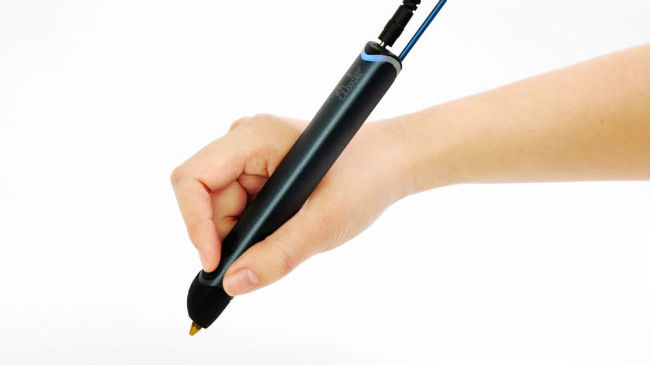 For 3D printer pens, the principle remains the same. Take for instance one of the biggest names in the world of 3D printing, 3Doodler by Wobbleworks uses either Acrylonitrile butadiene styrene (ABS) or Polylactic acid (PLA) plastic as their basic material of printing. The foundation work of 3D printer pens rose from the opportune moment of thought. “We came together to bring 3Doodler to life in 2012. The idea itself came about in Spring 2012. Our 3D printer had almost completed a 14-hour print when it missed a line, leaving an unplanned gap in the print. A small error had ruined hours of work, and we were going to have to start again. Then inspiration hit: “what if we just took the head of the printer off and filled in the gap?”. A day later the 3Doodler was born,” explains Daniel Cowen, co-Founder of 3Doodler.

Lixpen, another giant in the industry of 3D printing, has a more spaced-out timeline of development. Ismail Baran, co-Founder of Lixpen, tells us that planning for the Lix Pen began back in the summer of 2013. Patent application was filed in March 2014, and the crowdfunding campaign was successfully concluded by May 2014. A year later, by September 2015, the first 3D printer pen modules were given out to beta testers, and production for the device began about a month-and-half back.

Refining the devices
As with all technology, the very first versions of 3D printer pens were not the most appealing. “The first 3Doodler was a clumsy-looking, hand-assembled, device; a collection of gears, a heater unit, and the printer head of our now dismantled 3D printer. The words “3Doodler” were etched onto its side in green and red in felt tip pen. This set the stage for multiple iterations and prototypes, eventually fixing on a pen-like device,” says Cowen. 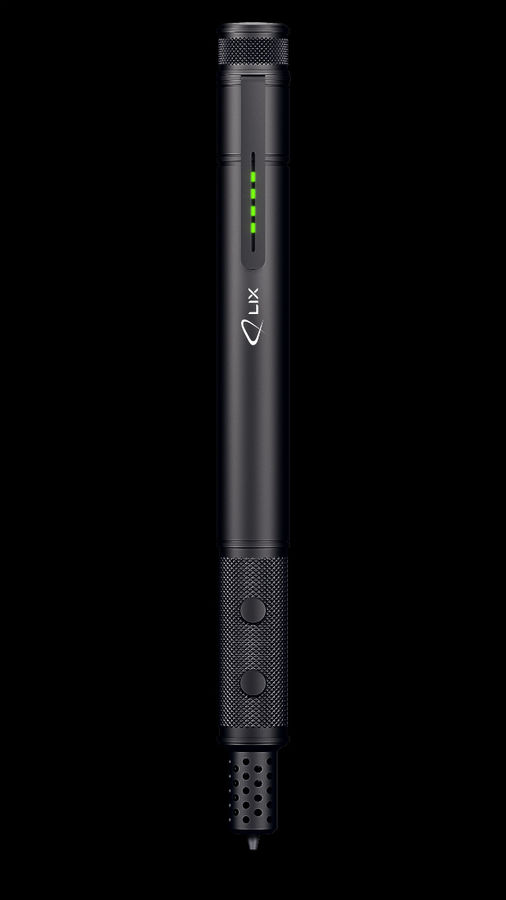 The initial reaction among the crowds was encouraging. Cowen states, “We presented our final prototype, the world's first 3D printing pen, and plans for mass production on Kickstarter in February 2013. What we didn't anticipate was the amazing response and validation from this new community we were growing - 26,457 people in 30 days who contributed over US$2.3 million for the production of our first 3Doodler.”

He continues, “As inventors, we're always tinkering and improving our flagship pen to the point where we launched the 3Doodler 2.0 to the same Kickstarter community in early 2015. The 3Doodler 2.0 was a huge upgrade when compared to the original - a quarter of the size, less than half the weight, a much quieter fan system, and sleeker aluminium casing. The response from the community was exceptional. We've also diversified the family of pens with the introduction of the first child-friendly 3D printing pen - the 3Doodler Start; and we just announced the 3Doodler Create, the successor to the 3Doodler 2.0. The pens just keep getting better and better.”

Excitement of sketching in air
3D printing is an exciting concept. The 3D printing pens have brought the prospect of drawing - anytime, anywhere. This, in turn, creates an exciting opportunity for illustrators and enthusiasts alike. The 3D printer pens can also change the perspective of how objects are drawn not on paper, but on thin air. Baran explains, “We trust in this new way of communication and we believe that Lix Pen will make our perception of things much easier. Now everyone can easily break the limits of their imagination and cross the limits of the paper. For sure, it needs some time to learn 3D drawing but like everything, there is a learning curve. 3D printing pen will give you the ability to create physical things like a 3D printer, but with the freedom to draw (without any specific software knowledges).”

Cowen elucidates on the variety of users of the 3D printer pen, stating, “We've seen a wide range of professionals adapt to using 3Doodler - artists, educators, designers, scientists, and even professional engineers. The latter have been known to use 3Doodler to "draft" free form ideas, to sketch on top of models and designs, or for trying out ideas before building them in CAD to see if they even want to head in that direction.” At present, 3Doodler has retail partners across the globe, and has partners in 49 countries, including India.

In accordance with the advancement in 3D printing technology, 3Doodler has introduced the 3Doodler Create, the latest pen that houses a redesign in the body of the device, a smoother drive system for better sketching, an ambient light bar and even a transparent panel to see how the pen functions on the inside. Such refinements would drive more audiences, and not just professionals and enthusiasts, to take up 3D doodling as a hobby. Pricing-wise, the 3Doodler Create retails at a reasonably affordable pricing of $100.

The future of 3D printer pens
Now that 3D printing pens have been establishing audiences across areas, where are we headed next? Cowen explains, “The 3D printing market is expected to grow to US$20.2 billion in 2019, according to analysts at Canalys. With that growth and interest more affordable and attractive hardware will come to market. Bulky 3D printers that we use for prototyping will always be products used by a niche market of inventors and manufacturers, but handheld 3D printers is where the general consumer interest lies and where the most growth, in terms of volume, will be seen.”

While 3Doodler focuses on bringing the technology to the masses, Lix Pen is aligning itself in the higher end niche of the market that has prospect for immense growth. The main focus pivots around the section who looks out for the overall feel of a device, alongside being functional.

The future prospect is for people beyond enthusiasts and professionals to take up 3D doodling. Both 3Doodler and Lix Pen expects doodlers and artists to pick up 3D printer pens. Baran expects 3D printer pens to move in a similar way as printers, “like a regular printer which it was used in the past only for professionals, now every home has a regular printer or have an easy access to a print shop.”

Cowen is equally optimistic. “Once more and more industries, such as education, begin using 3D printers like 3Doodler, we definitely believe that it will become increasingly mainstream. If not just for the millions of people who still enjoy doodling on their notebook, we think they'll go crazy.”

3D printing is a growing art, with 3D printing pens at its heart. What’s exciting is to see the prospect of commonplace 3D doodling, or sketching. As Cowen puts it, “Being at the intersection of art and tech at a time like this is very exciting.”