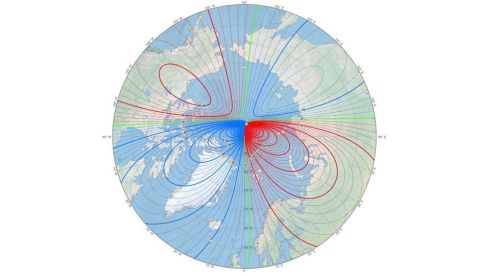 The Earth actually has a number of north poles, and all of them are not at a fixed point. The Earth rotates towards the east, leading to periods of days and nights. The points at which the axis of rotation intersects with the surface of the Earth is called the geographic north pole and the geographic south pole. At the south pole, there is a land mass, while the north pole has drifting ice sheets. The exact location of the geographic poles, also known as the terrestrial poles is not constant. It wobbles by a few meters, following some regular patterns, as well as an irregular pattern. The geographic poles are also referred to as the “true” poles. 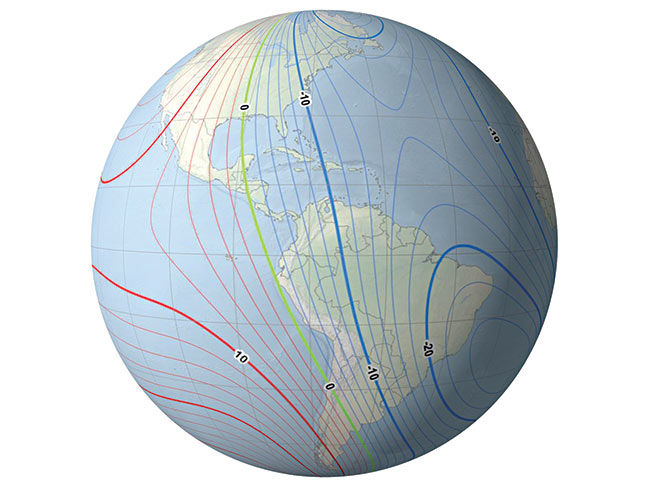 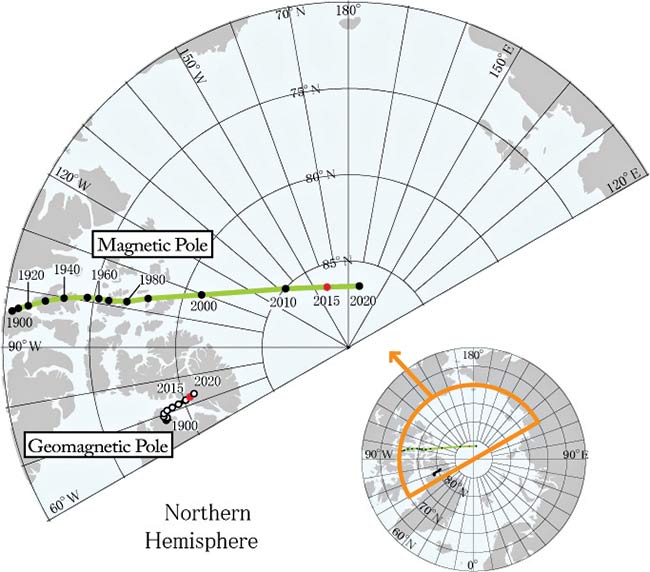 The drift of the magnetic and geomagnetic north pole 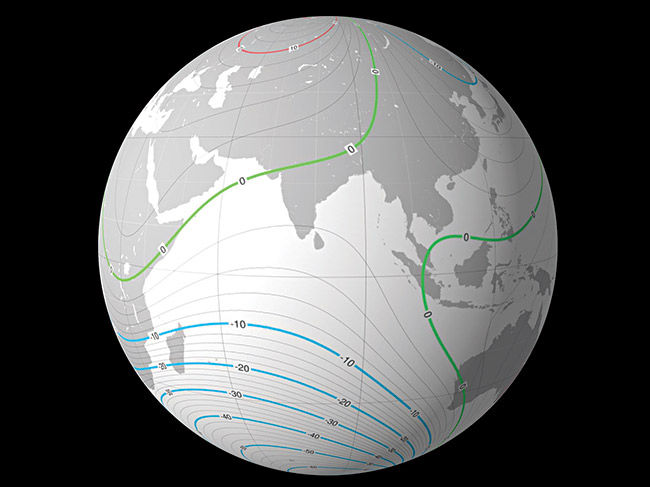 The declination is zero along the green lines, which means no correction is necessary

For a range of military and civilian applications, including navigation on smartphone apps, the USA based National Oceanic and Atmospheric Administration (NOAA) maintains what is called the World Magnetic Model (WMM). 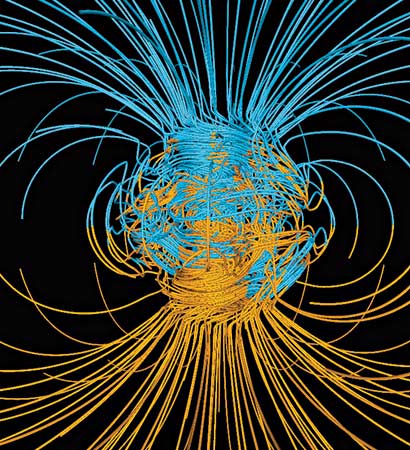 A model of the Earth’s magnetic field.

Three satellites of the European Space Agency’s Swarm mission are used for measuring the magnetic fields of the Earth, the measurements are then used to update the model. As the rate of movement of the magnetic north pole is accelerating, the model needs to be updated more frequently as well. Usually, this model is updated every 5 years, and the currently used model was called WMM2015 and was released in December 2014. This model was expected to be current till 2020. However, in 2018, the NOAA released an update, a version 2 of the WMM2015, because the WMM2015 model was showing a degraded performance in the higher latitudes, particularly for vessels operating within the Arctic circle. Another update was scheduled for January 15, but that did not happen because of a government shutdown in the USA. The version 3 update for WMM2015 was then delayed to January 30.

A version of this model is embedded within smartphones, and applications can obtain information from it when required. In the lower latitudes, the drifting magnetic north pole does not really affect the devices much. Although the lifetime of the existing models ends in 2020, the devices using the older versions are expected to be accurate beyond that time as well. The accuracy will deteriorate every year, but future versions of operating systems are expected to be updated with newer iterations of the WMM.

The NOAA website is back online now, where you can read more details about the out of cycle update for the WMM.