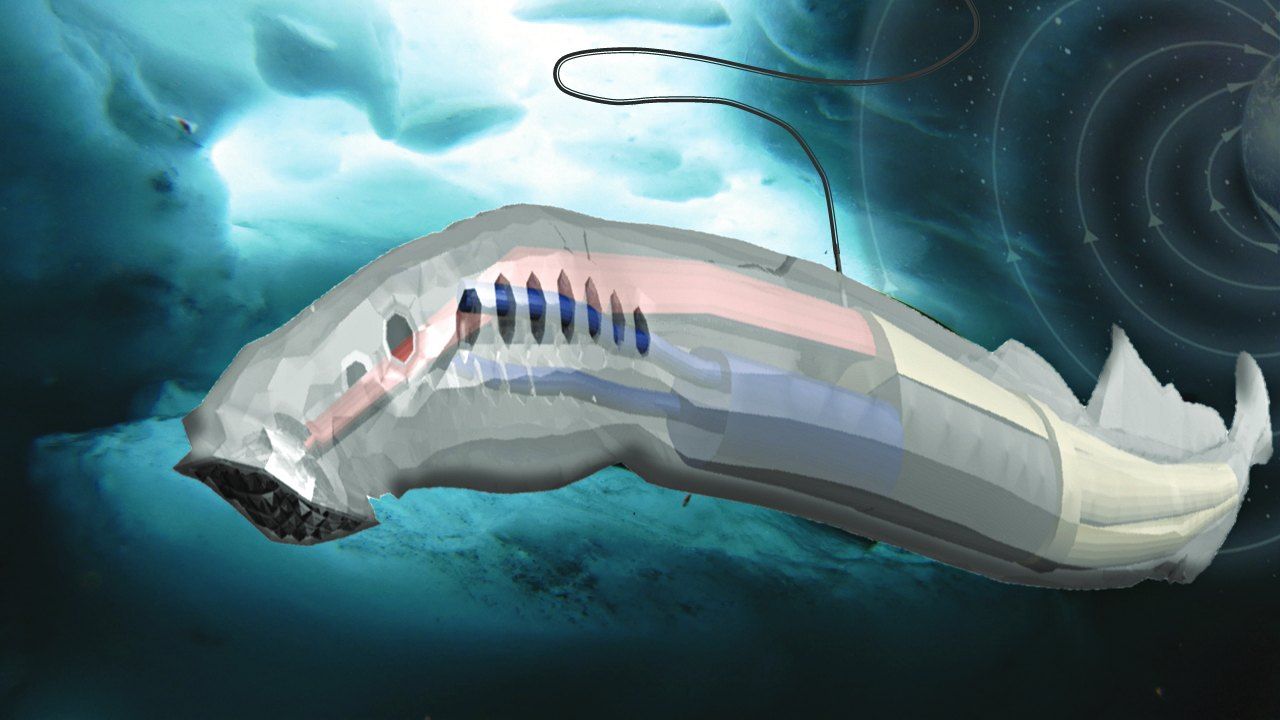 Because of the ruthless forces of natural selection, organisms have developed all kinds of strategies to interact with their environments. Outer space is not conducive to life, but aerospace engineers can reverse engineer applicable biological approaches in robots, and then apply them to space exploration. Robotic probes and living things are often constrained in similar ways, such as a requirement for optimum energy use, a tolerance for extreme environments, or the ability to make rapid decisions in novel situations. Almost every biological system that has evolved has some kind of application in space. Sense organs, bones and appendages for locomotion in animals can serve as inspiration for sensors, structural components and propulsion systems in spacecraft. One of the most famous people to use this biomimetic approach for designing new machines, was Leonardo Da Vinci. Note that the title images are in the style of Da Vinci, but not his actual sketches.

Space agencies around the world, including NASA and ESA are collaborating with research institutions to develop spacecraft concepts that can turn into planned missions in the future. NASA and Cornell University are developing soft robots to explore the global subsurface oceans in the moons of the gas giants. The Jovian moon of Europa is the prime target for such missions. The concepts being developed derive their energy from the environment, one possibility being the strong magnetic field of Jupiter, harvested through the use of electrodynamic tentacles that serve as generators. Such an aquatic rover could derive its fuel from the ambient water, which is available in abundance. After electrolyzing the water, the hydrogen and oxygen can be stored in the body and limbs of the rover. Sparks could be used to make these gasses expand, allowing the rover to propel itself. The approach would mean that the rover would not require to have any solar or nuclear power system on board, allowing the robot to stay functional for longer periods of time. For lighting, the researchers are using a stretchable electroluminescent film, similar to bioluminescence in marine animals, allowing the imaging sensors on board to record the local environment. The approaches of power generation and locomotion by expanding gas are both breakthrough concepts, but are feasible within the limits of current technologies. Researchers at Cornell are considering two options, one based on the squid, and another based on the lamprey. The mission would require a lander, that drills through the ice crust of Europa. The proposal for the drilling vehicle is called a cryobot. It would have to be equipped with autonomous systems and SONAR to detect any obstacles such as rocks embedded in the ice crust, that it will have to navigate around. After drilling through the surface, the cryobot can deploy the rover into the subsurface ocean. Here, the rover can navigate through the ocean, and even dive to explore the floor.

Just like the Moon, Venus also has an unexplored dark side. NASA has funded researchers from Buffalo University to develop a spacecraft concept that is based on the stingray. Instead of the oceans however, these rovers would use the flapping motion of their pectoral fins to fly through the heavy atmosphere of Venus. Scientists believe the design will be effective because of the high intensity winds in the Venusian atmosphere. 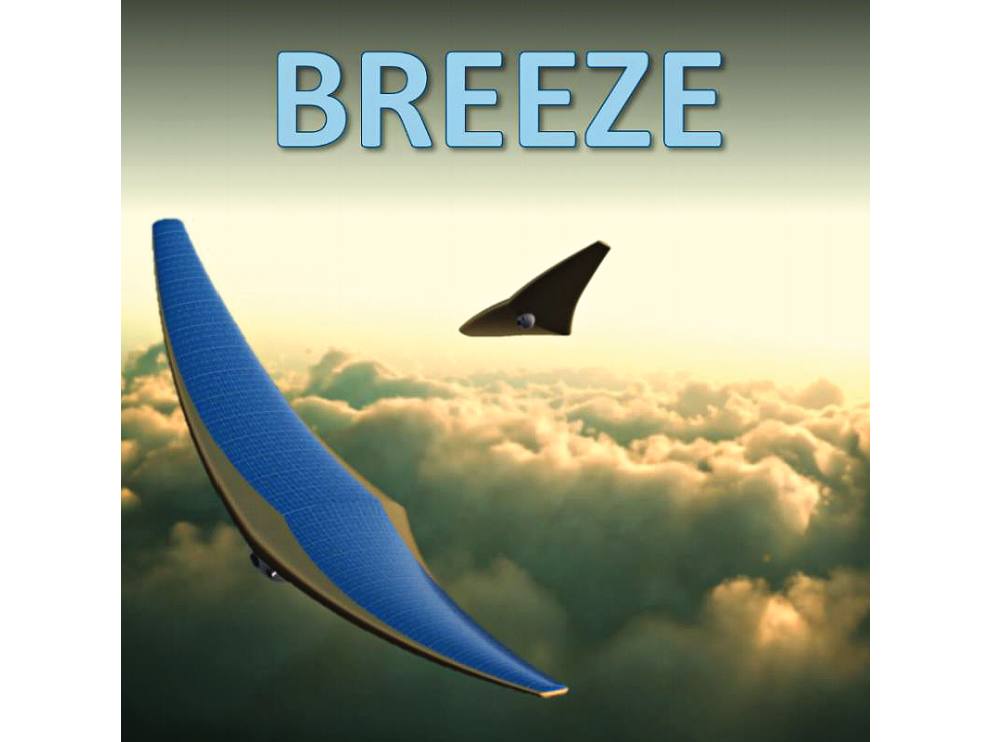 The concept spacecraft is known as Bio-inspired Ray for Extreme Environments and Zonal Explorations (BREEZE). The same concept can also be used to explore Titan, another Solar System body with a dense atmosphere. The projects lead investigator, Javid Bayandor says, “By taking our cues from nature, specifically sea rays, we’re looking to maximize flight efficiency. The design will allow for a so-far unattained degree of control for such a spacecraft that would be subject to severe zonal and meridional winds on the planet.”

ESA along with Surrey Space Centre has a concept legged rover for exploration of Mars. The legs are segmented and based on those used by insects. This allows the legs to fold over the body or the thorax of the rover, while the probe is in transit. For power, there will be a conventional solar panel mounted on top. Such a legged rover is ideal for exploration of very rocky terrain, where the movement for wheeled rovers would be difficult, such as the landing sites of the Viking missions.

Another innovative concept rover is based on a tumbleweed. Plants are not normally known for their locomotive abilities, but the Russian thistle grows into a ball like structure while it is still rooted. When it dies, the ball rolls along the ground over long distances, powered by the wind, dispersing seeds. The dust storms on Mars can have intense winds, which can propel spherical rovers. The researchers at TU Delft have developed a flapping wing drone called the DelFly. This is essentially a robotic dragonfly, with four wings. In the lower gravity environment of Mars, a probe based on the same design could explore the planet from the air, passing on information about promising sites to rovers on the surface. The concept is called ExoFly.

Asteroids and comets have considerably reduced gravity as compared to the Earth. Future missions will have to extract local resources. This can be for collecting samples to analyse, harvesting energy, refuelling the propulsion tanks, or for mining mineral deposits. The traditional rotary drill used on Earth is less effective in low gravity environments, and requires high rotation speeds. Consequently, such devices require more energy and the systems that can both drill and provide the energy add weight to the spacecraft, which in turn increases the fuel requirement.

Researchers at Surrey Space Centre are developing a percussive drill that can easily dig into asteroids. The drill bit is based on the ovipositor of the Sirex woodwasp. This is an appendage that allows the woodwasp to deposit its eggs within the trunks of trees. There are two parts to the drill, the teeth that push into the surface, and pockets facing the reverse direction. While one half of the bit pushes downwards and goes deeper and deeper into the surface, the other half removes material from the hole. Each motion feeds into the other, requiring very little energy. The proposed drill bit will also have two halves, that can slide against each other to mimic the action of the Sirex ovipositor. 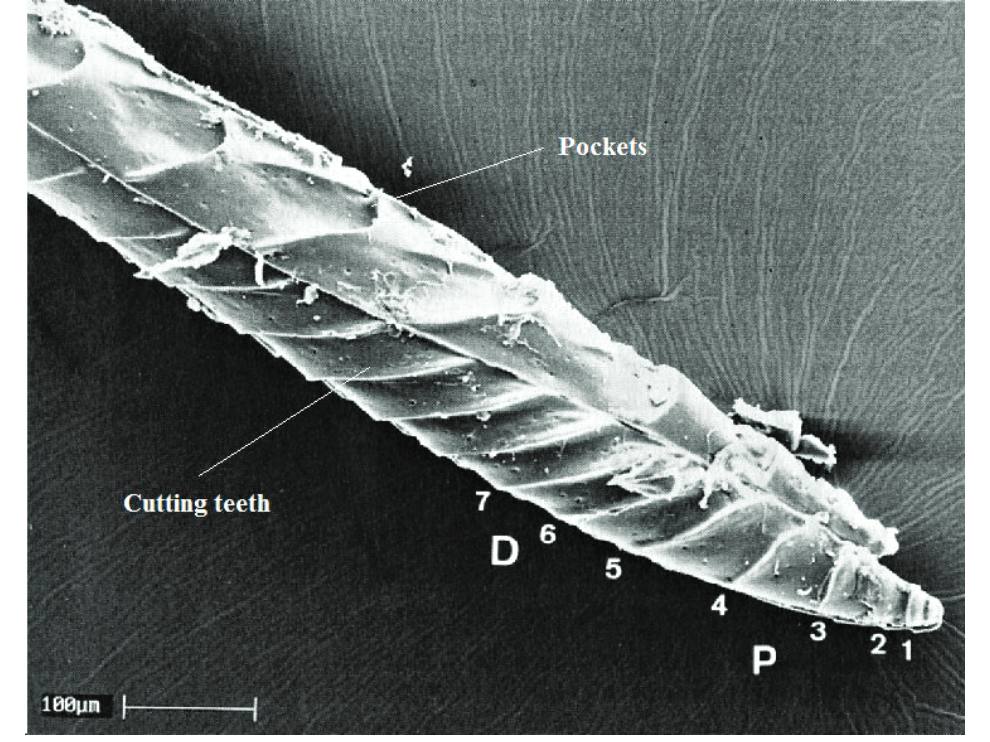 Another animal inspired application are the arrays of microscopic hair on the feet of gecko. These allow them to grip almost any surface (teflon being a notable exception). NASA is developing spacecraft with grippers based on the gecko feet, which can act as grapples for orbital debris or defunct spacecraft. Such a device could be used to quickly remove junk from Earth orbit, preventing any potentially catastrophic collisions with active astronomical instruments or orbital platforms such as space stations. The design has already been tested on more than 30 materials used on spacecraft. The design allows for the stickiness to be toggled when required. Apart from grappling mechanisms, the same design can also be used to inspect spacecraft, and for docking into orbital platforms.