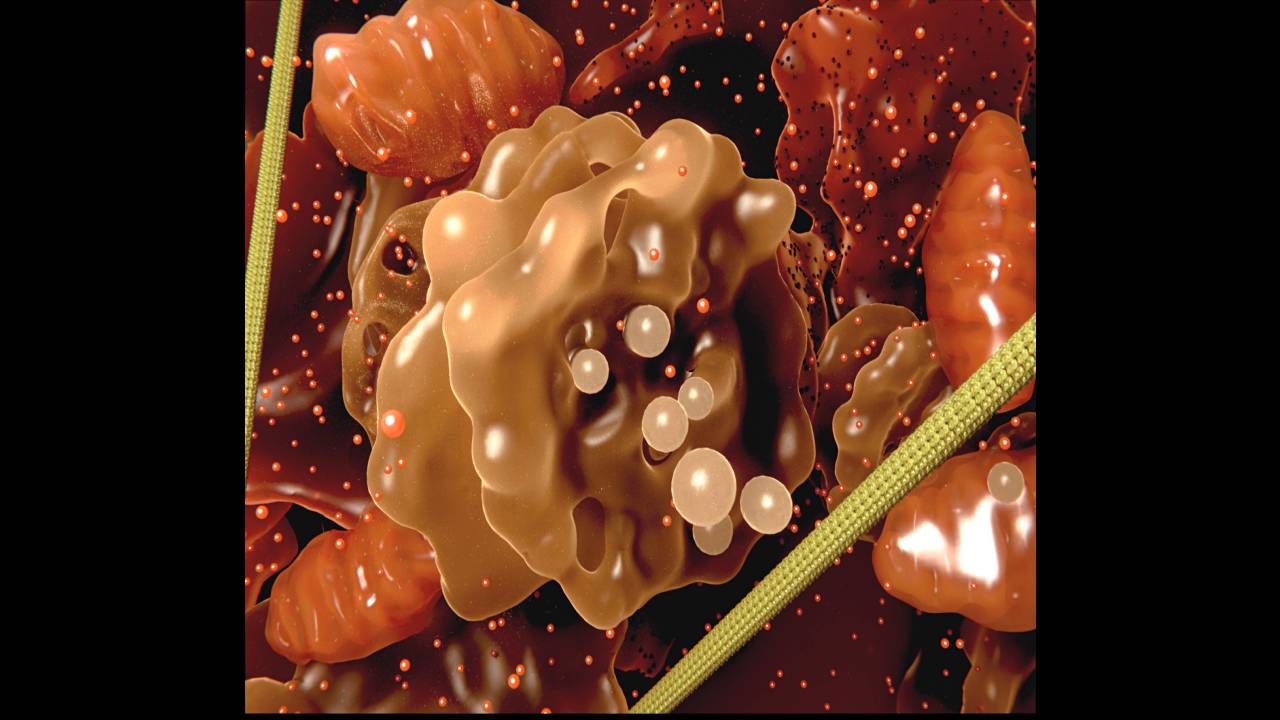 within the cell are a number of membraneless organelles (MLOs), without any structural boundary. These are composed of protein filaments and RNA. Some examples of MLOs include the ribosome and the cytoskeleton. Ribosomes manufacture proteins based on blueprints provided by RNA strands. They are like tiny little factories. Cytoskeleton are like the transport system of the cell, with bunches of protein strands with varying lengths. They transport the proteins to desired locations in the cell, so that the design encoded in the DNA can be stored. These organelles are drops of liquid, that exist within the cytoplasm of the cell, which is also a liquid.Due to the restrictions of imaging technologies, these membraneless organelles have been exceedingly difficult to study. The exact manner of their formation or the mechanisms of their function have not been easy to uncover. This is because high resolution imaging techniques, such as electron microscopy, have historically depended on the samples being suspended in vacuum. But living cells do not exist in a vacuum, and the samples undergo fundamental changes in such environments, which makes studying them useless. However, some new imaging techniques are providing insights about MLOs, and studying these structures is an emerging field.

To probe MLOs, researchers first have to develop tools required to study them. The tools can subsequently have a much larger impact and uncover more details, beyond what the teams developing them initially find. Researchers from Princeton have created such tools, including one called Corelets, which uses genetically-engineered proteins that change their behavior and shapeshift when exposed to light. Another is CasDrop, a CRISPR-Cas9 based tool that can probe the chromatin, a mixture of DNA, RNA and proteins inside the nucleus of cells. Here, Cas9, a protein is used as a platform, which causes other proteins to bind to it when exposed to light. Both of these are considered what are called optogenetic tools.

The property of MLOs to remain separate is known as phase separation. Researchers from Princeton used CasDrop to create a phase diagram for the MLOs. This is a quantitative description of the precise ambient conditions during which the organelles are formed. Roughly, it is analogous to a map of temperature and pressure conditions during which water transitions from vapor to liquid to ice. Such a phase diagram allows researchers to understand why the organelles are formed in certain local regions within the cytoplasm of cells, and not in others. The studies can also help prevent any problems in the formation of MLOs.If the MLOs lose their consistency within cells, it can lead health problems including cancer, Alzheimer's disease and amyotrophic lateral sclerosis (ALS).

Using CasDrop, the researchers observed how the MLOs were formed within the nucleus of the cell. The MLOs would deform the chromatin in unexpected ways, selectively incorporating some proteins into their structures, and at the same time rejecting other proteins. Through this process, the chaotic liquid matter within the cells turn into functioning MLOs.

A puzzling aspect about MLOs was why they simply would not clump together to form larger liquid droplets. The MLOs are somehow able to maintain their structures despite being liquid bodies suspended within a liquid. Scientists are only now beginning to understand why. 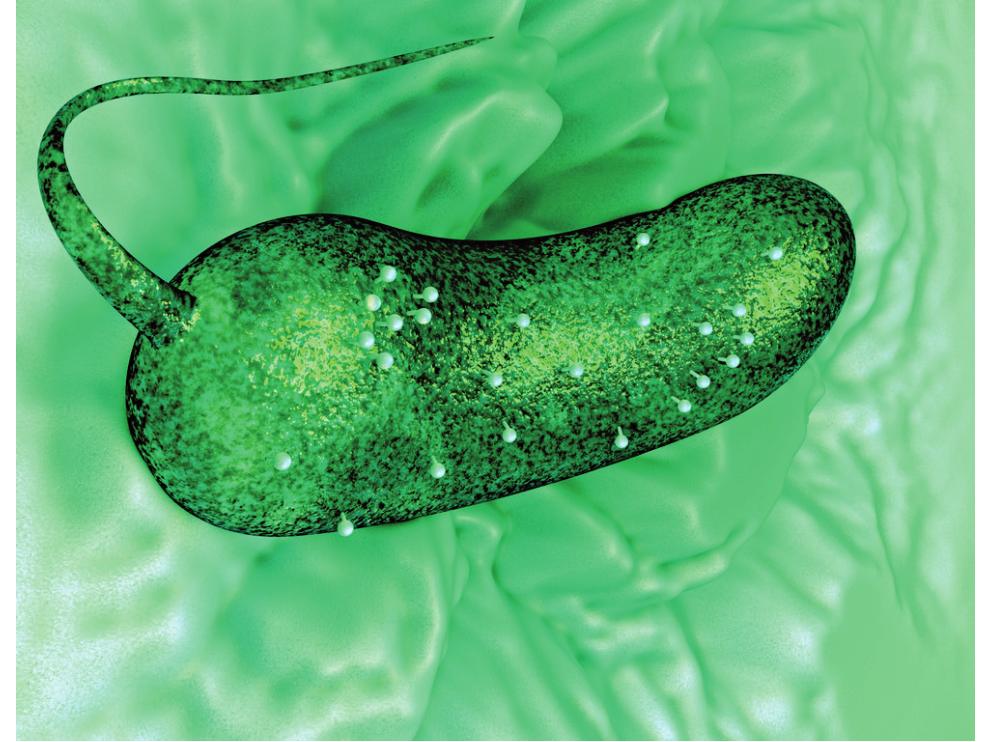 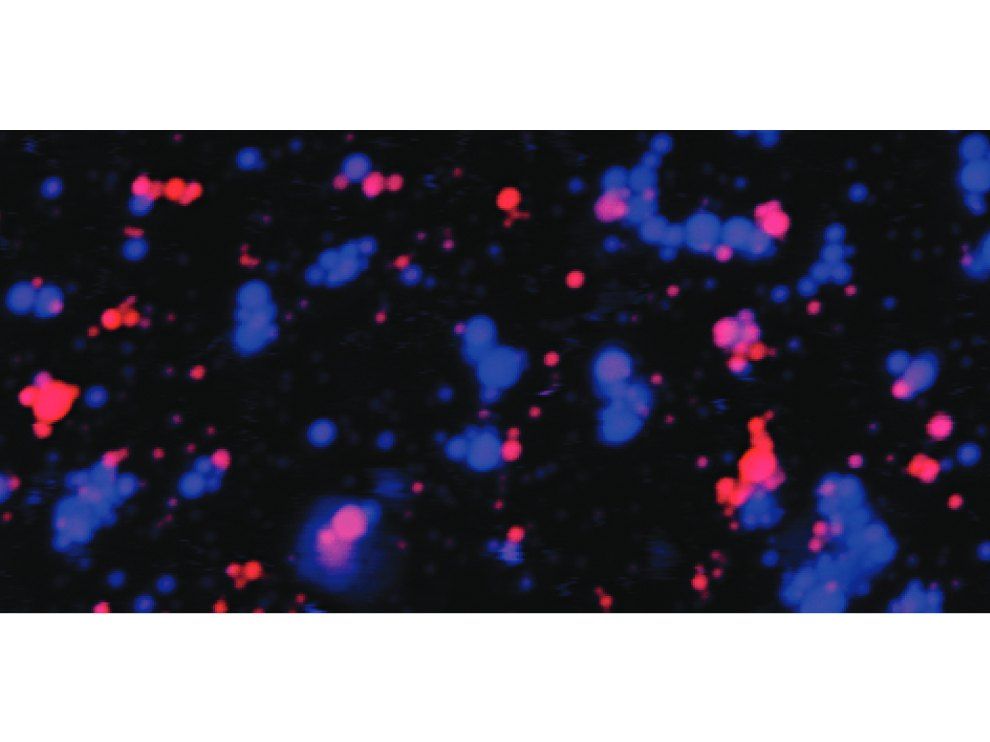 The nucleolus is made up of liquid, roughly the consistency of honey, but it has a sophisticated internal structure as well. While it does have a clear boundary, the nucleolus does not have a membrane. It was not clear how the liquids that form the nucleolus could maintain their separation, and the internal structure. Researchers from Princeton have uncovered that the RNA chains and proteins within the nucleoli spontaneously assemble into three distinct liquid layers. To conduct the study, the researchers used frog eggs, which have a large, distinct nucleolus. These liquids have different properties including surface tension and viscosity. It is a difference in these properties that allow them to form the complex structures within the nucleolus.The separation is comparable to how water and oil can co-exist without mixing, despite both being liquids. The study showed that two nucleolar proteins, called FIB1 and NPM1, would not mix together as a homogeneous liquid. Nilesh Vaidya, co-lead author of the study says, "We've provided a biophysical mechanism for the structure of the nucleolus that automatically emerges from the collective behavior of immiscible liquids."