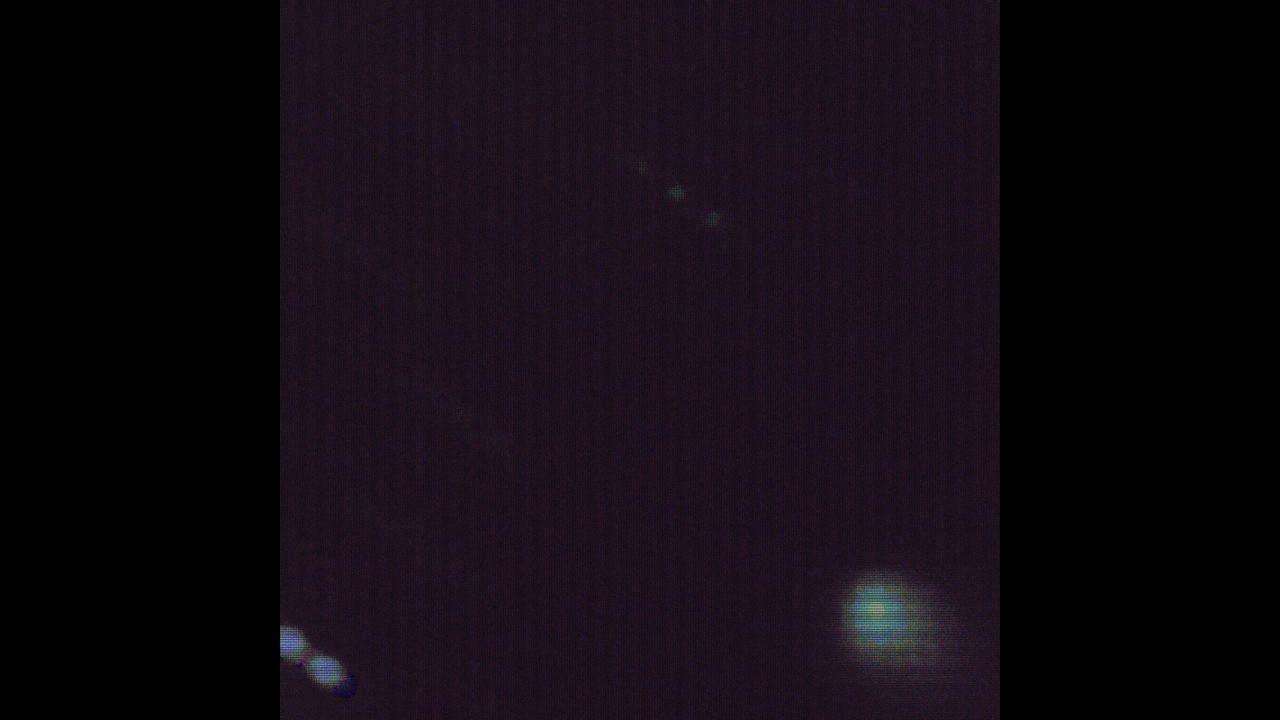 On August 30, 2019, a Crimean amateur astronomer named Gennadiy Borisov discovered a moving object against a stationary starfield and checked it against the database of the Minor Planet Center (MPC) managed by the International Astronomical Union (IAU). Borisov has previously discovered eight small bodies in the Solar System, using telescopes that he built at home. As things turned out, the particular body had not been previously observed. Borisov measured the trajectory, and found out that it had a near Earth rating of 100 percent, which meant that the object would approach the planet closely, and was a possible hazard. Borisov immediately posted an update on the database, and noted that the object had a diffuse boundary, which indicated that it was a comet and not an asteroid. As seen from the Earth,

The object was initially designated as C / 2019 Q4. Soon after the discovery by Borisov, NASA's Scout System, which is located at the Jet Propulsion Laboratory (JPL) in California, flagged the object as possibly being interstellar in origin. NASA astronomers with their European colleagues worked together to better understand the object. A number of astronomical instruments were turned towards the object to study it. These included the William Herschel Telescope, the Gemini West Telescope, and the Gemini North Telescopes at Mauna Kea in Hawaii and even the Hubble Space Telescope. These observations helped characterize the object and determine its precise trajectory. The calculations of the trajectory showed that the comet would approach the Sun outside the orbit of Mars, and would be 300 million kilometres away at its closest approach to Earth. The closest approach will take place on Dec 28, 2019. The object is moving at a tremendous velocity - 150,000 kilometres per hour, which is the strongest indication that it has originated outside the Solar System. Davide Farnocchia from NASA's Center for Near-Earth Object Studies says, "The high velocity indicates not only that the object is likely originated from outside our Solar System, but also that it will leave and head back to interstellar space". The comet is expected to pass through the ecliptic plane - the plane roughly on which all the planets orbit the Sun - at a 40 degree angle. The object approached the Solar System from the direction of Cassiopeia, and will exit it towards the constellation of Telescopium. After millions of years of interstellar travel, the comet may make a short visit to another star system. 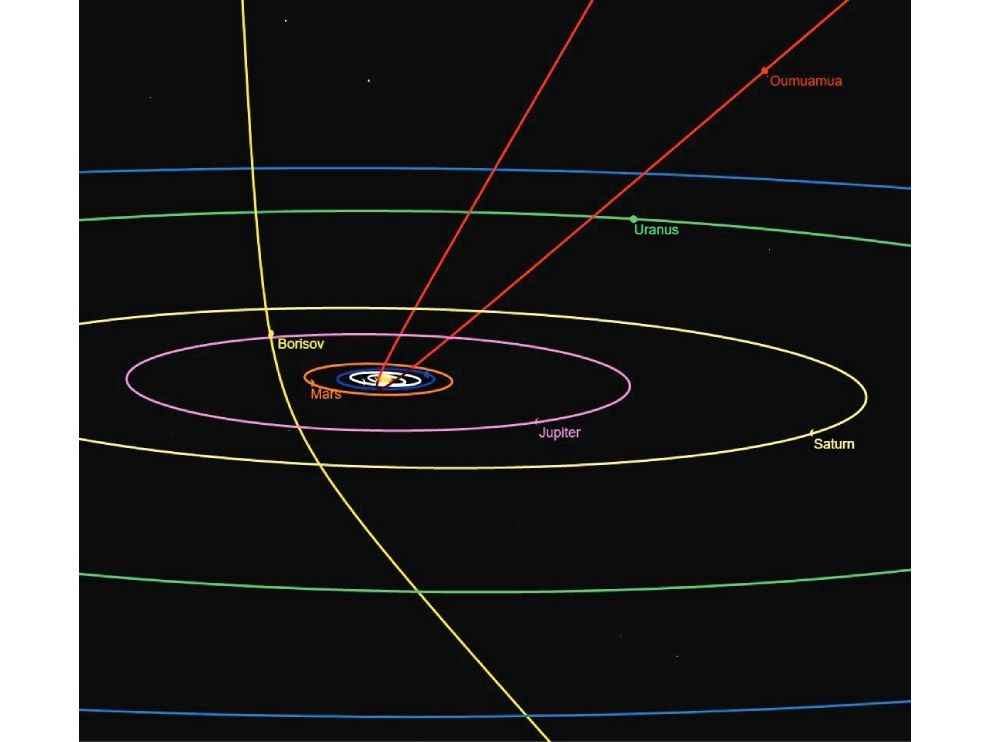 The previous interstellar visitor, ‘Oumuamua was spotted just as it was on its way out from the Solar System.
There was only a narrow window of 80 days in which astronomers could observe the object. The observation campaigns that were already underway were interrupted so that the instruments could observe the fleeing body. C/2019 Q4 however, will be observable even with amateur equipment till April 2020. Professional instruments can continue to monitor the object till at least October 2020. The object is expected to peak in brightness during mid-December, 2019. Considering how close the comet appears to the Sun, it remains quite hard to observe. The object is also close to the horizon, so the observations are disturbed by ambient twilight. The conditions are expected to improve over the next few months. Because of its velocity, and the distance from the Sun, the gravity of the Sun will alter the trajectory of the comet less than ‘Oumuamua.

Because of the larger observation window available on the second interstellar visitor, the object has been dubbed “the Christmas comet” by the media. The official designation by IAU is 2I/Borisov, where I stands for “interstellar”. The naming convention was established after the discovery of 1I/’Oumuamua.

Unlike ‘Oumuamua, 2I/Borisov is not an eccentric body. Except for its high velocity and hyperbolic trajectory, there is really nothing to distinguish it from any other comet within the Solar System. The observations from the various telescopes showed that the object is between 2 to 16 kilometres in diameter. The comet has a slightly reddish hue. The title image for this article shows an image captured by the Gemini North Telescope in two colours, red and blue. The instrument was tracking the comet, so the stars in the background appear as streaks, but actually the stars are stationary while the comet was moving. The image is a composite of four exposures, each 60 seconds long. Andrew Stephens from the Gemini Observatory says, “This image was possible because of Gemini’s ability to rapidly adjust observations and observe objects like this, which have very short windows of visibility. However, we really had to scramble for this one since we got the final details at 3:00 am and were observing it by 4:45!”

It was this image that showed the prominent tail of the comet, and 2I/Borisov was the first interstellar object to show a confirmed outgassing. The outgassing is expected to grow more pronounced as 2I/Borisov approaches closer to the Sun. The escaping gas and particles around the comet is known as a coma. According to estimates, the comet is releasing about 2 kg of dust and 60 kg of water per second. The outgassing is expected to increase significantly in June 2020, when it will be at a distance of between 4 to 5 AU from the Sun. A comet from the Solar System is considered to be “active” at that point. This is when comets grow visible tails, as the volatile material on their surface begins to sublimate. The solid ice on the comet directly turns to gas. 2I/Borisov is expected to approach within 2 AU of the Sun. One of the most interesting aspects about the comet is how normal it really is. Despite being forged in a star system far away, many millions of years ago, it is still very similar to the comets in our own Solar System. Future observations will allow researchers to characterise the dust, chemical composition and structure of the object as it passes close to the Sun, allowing researchers to better understand the formation of star systems, including our own. One of the puzzling aspects is exactly why the first interstellar visitor is so different from the second. David Jewitt, lead of the Hubble team says, “Whereas ‘Oumuamua appeared to be a rock, Borisov is really active, more like a normal comet. It’s a puzzle why these two are so different.”

Considering the small size of the planet, astronomers have calculated that there is a ten percent chance that the comet will disintegrate completely. If such a disintegration takes place, there is still expected to be a remnant, which is no longer “active”, such as what has been expected to have happened to ‘Oumuamua. Hubble is scheduled to continue to observe the object during this critical stage. 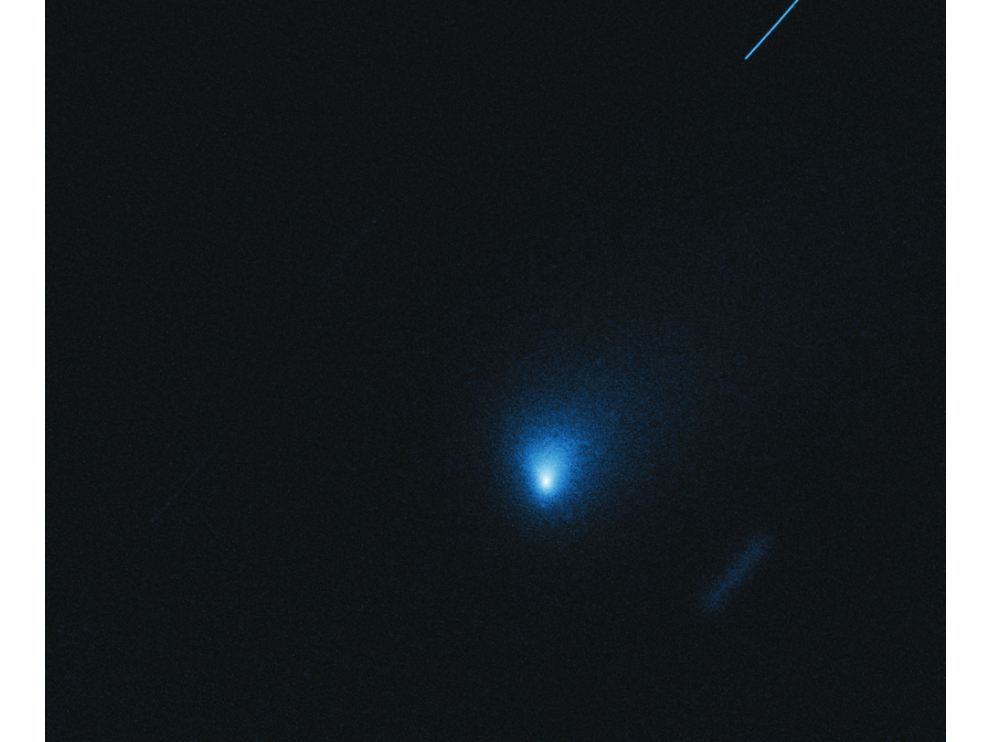 Just like the months following the discovery of ‘Oumuamua, there are expected to be new studies published on 2I/Borisov. The observation window for the object is much longer than what was available for the first interstellar visitor. The very fact that two interstellar objects were discovered within a span of two years suggests that these categories of objects are much more common than previously believed. Some scientists think that there may be thousands of such visitors at any given point in the Solar System, but they all might be too faint to be detected by the current generation of space telescopes and Earth-based observatories. There are a lot of theoretical implications of this, including recalibration of the potential for interstellar objects to spread life throughout the galaxy. If 2I/Borisov had only entered the Solar System a few years later, it could have been one of the potential targets for ESA’s Comet Interceptor missions, which currently consists of three probes dispatched towards the Oort Cloud. If any future interstellar objects are discovered, then it is possible that one of the Comet Interceptor spacecrafts can closely observe an interstellar visitor.