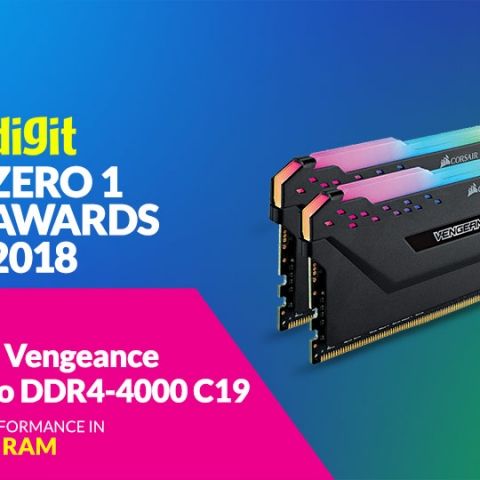 RAM being a commodity, you wouldn’t exactly expect much to happen in this domain. Alas, this couldn’t be farther from the truth. The year started off with Samsung, Hynix and Micron getting slapped with a class action lawsuit over allegations of price fixing. This was primarily because of the spike in revenues of these companies between Q1 2016 and Q3 2017.

We all know of the massive price spikes in this period. Though prices have dropped a lot in first world markets since then, we here in India, are yet to see the price normalisation. Then we have technological improvements. There’s the looming axe of SCM (Server Class Memory) over SSDs and DRAM but this wouldn’t be happening anytime soon.

There are way too many SCM standards being worked upon by different technology companies. So, we aren’t going to see any large-scale adoption in the next couple of years. However, one thing is for certain – we’re teetering at the edge of one of the largest revolutions in the memory segment.

High-end RAM kits are ridiculously expensive and offer diminishing returns but that changed with the introduction of Ryzen CPUs. AMD’s Zen core architecture with the underlying Infinity Fabric is very much memory dependent. That has made these high-end RAM kits a lot more appealing to the consumers. Corsair’s DDR4-4000 C19 kit is one of the few high-end kits that you can get without breaking the bank.

The only other manufacturer we could find in the market was G.Skill and their kit couldn’t make it within the deadline. This particular kit not only has a high speed but also has tighter timings than the other contenders. In the AIDA64 Memory Benchmark, these puppies scored 49K MB/s with read speeds. What’s even better? These units sport Samsung B-Die ICs so playing around with the timings becomes easy as well. So you can see why the Corsair Vengeance RGB Pro DDR4-4000 C19 ends up being the Zero1 Award winner in this segment.

With no other 4000 MHz kit, the runner-up slot was contended by two kits, one being the ADATA Spectrix and the other being the homegrown ZION Blaze RGB kit. Both kits are quite similar on some fronts and run at 3600 MHz. However, the ADATA XPG Spectrix D80 won because it had tighter timings than the ZION RGB Blaze kit.

To put it into context, the ADATA kit was configured in order to run at 17-18-18-38 whereas the ZION BLAZE RGB was configured for 17-19-19-39. Both kits use Samsung B-Die, however, the one with the tighter timings gets second place in this category.

Kingston is the latest to jump onto the RGB bandwagon with their HyperX Predator RGB series. The kit that we received at our test labs is clocked at 2993 MHz with the timings set to 15-17-17-36. Alongside, it has read speeds of about 44.5K MB/s, which is pretty decent given that it costs 10K for the 16GB kit. Which makes this kit better than the rest of the contenders from a value-for-money perspective. Thus, it nets the Best Buy badge in this category.