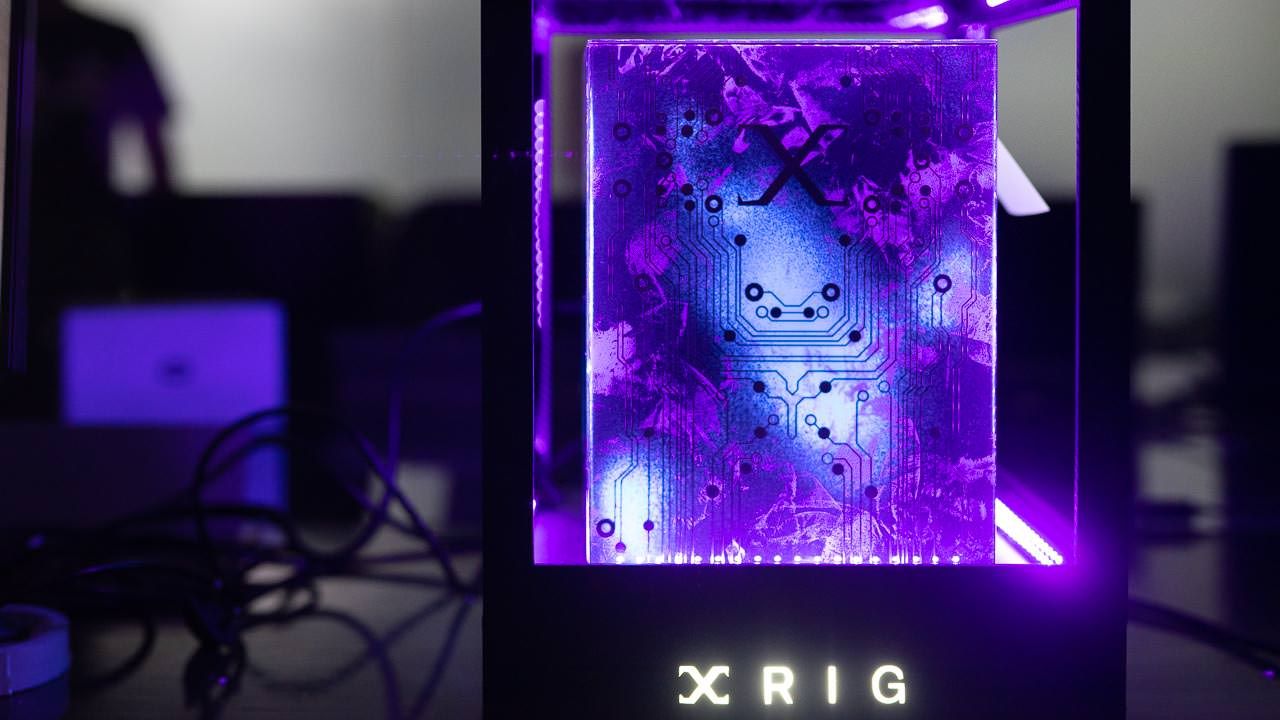 When you think of gaming PCs, you think something big, flashy, filled with RGB and plenty of fans. Step in XRig’s Tesseract, a special edition of the X1 Hybrid and everything you have presumed about how gaming PCs are supposed to look is going to go out the window.  For the same of this review, we will be using the names The Tesseract and X1 Hybrid interchangeably as they are the same PCs, save for the difference in their paint jobs. The X1 Hybrid has a volume of just 12 liters, with the case measuring 7.8 x 10.6 x 8.8 inches (W x H x D). That’s small enough for you to let out a chuckle or two when you first see it but go down the spec sheet and you’re going to see its no slouch. The Tesseract edition comes with a very special paint job that reacts to both heat and light. The paint changes colour as the system heats up and when playing in the dark, the paint on the Tesseract makes it glow. The package isn’t cheap (the one with the special paint-job) and we evaluate its performance to see whether it's worth all that hard-earned money.

Our first order of business was putting the XRig X1 Hybrid through a run of our standard suite of benchmarks. This includes 3DMark’s multitude of tests along with Cinebench and Unigine’s benchmarks. The numbers reported by each of the tests are below in neat little charts, so let’s just jump right into gaming. 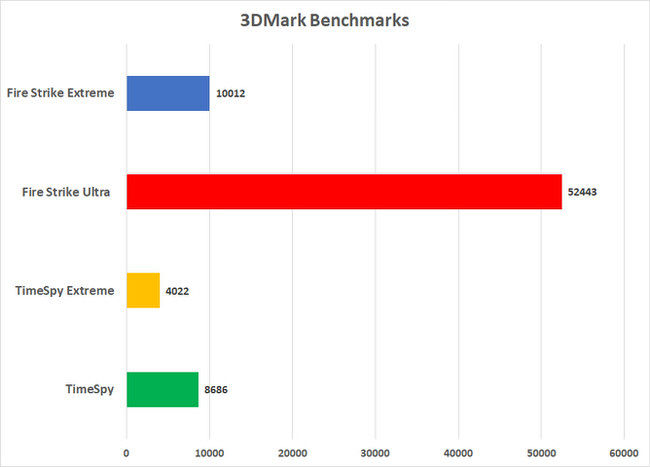 We fired up a number of popular, modern gaming titles on the X-1 and recorded the frame rates at 1080p, 2K and 4K. Each of the games were played at its highest graphical setting. We played each game for 30 minutes at each graphical setting to ensure the system was under enough stress. Our main concern with the X1 Hybrid was its thermal performance, seeing how the whole system is cooled by a single 140mm Noctua NF-A14 Industrial PPC fan. A single fan to cool a gaming PC?! We were sure the whole thing would start to throttle. Below are the frame rates we noted across all the games we played. 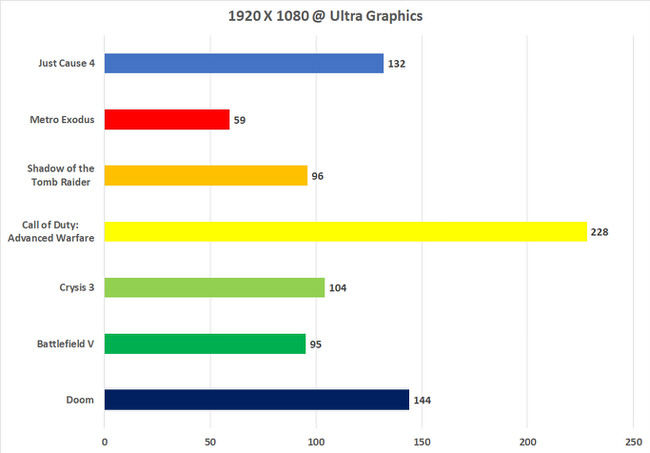 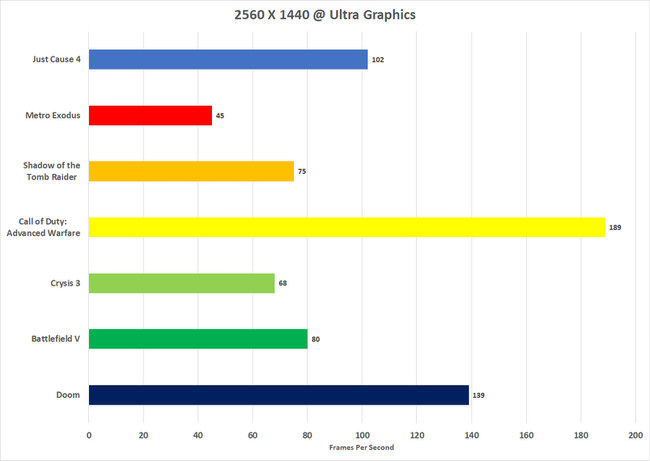 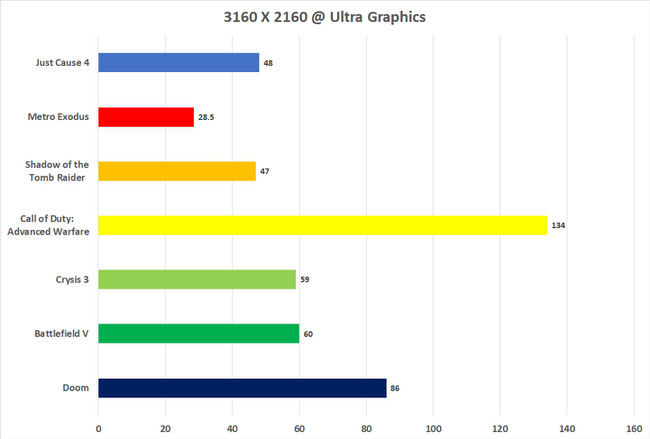 Needless to say, the X1 Hybrid dishes out serious performance, one that’s more than enough to satisfy most gamers’ needs. At 1080p almost every game runs at respectably high frame rates. Battlefield V clocking 95fps at its highest graphical settings in 1080p and 60fps in 4K is definitely impressive. While gaming frame rates are impressive, we really were concerned about the thermals.

On the outside, the Tesseract does get warm to the touch. During a long gaming session (Shadow of the Tomb Raider), we noted the front panel at 31.4 degree Celsius while the side panels were considerably hotter at 44.2 degree Celsius. The 140mm Noctua fan sits at the bottom of the case, expelling hot air at a rate of 1798 feet/min. That is a considerable amount of air being pushed out. Cold air is pulled in from the slits next to the IO ports on the back and pulled downwards, forcing it to go through the GPU and CPU. While this is a neat trick, it requires on the ambient temperature of the room to be on the cooler side. We don’t expect the cooling to be this effective in case you’re sitting in a non-air-conditioned room.

The XRig X1 Hybrid Tesseract edition is a one-of-a-kind gaming machine as of now. While the specifications of this machine remain identical to the regular X1 Hybrid, it’s the paint job that sets it apart. It is a photoluminescent and thermally reactive multi-layer paint job, which means that it changes colour as it heats up and also glows in the dark. The review unit we received also came with a carbon fibre pedestal to place the Tesseract in. This pedestal has UV LEDs on all corners that charge the photoluminescence properties of the paint. Whichever way you look at it, the Tesseract is one cool looking gaming PC. 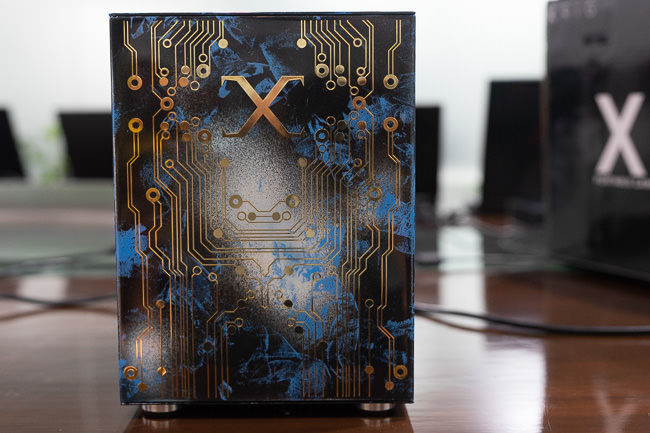 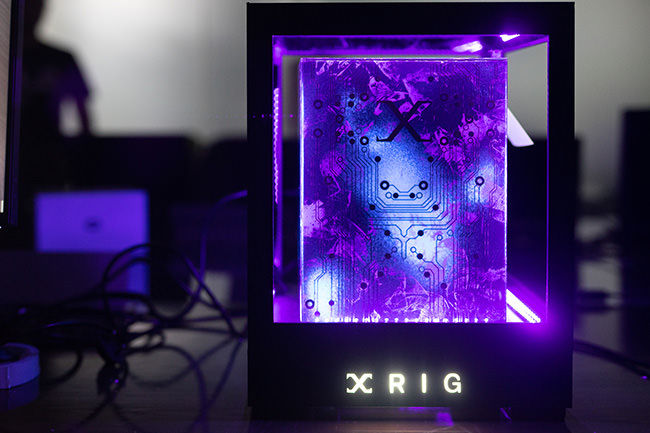 Bring this to a LAN party and stand out 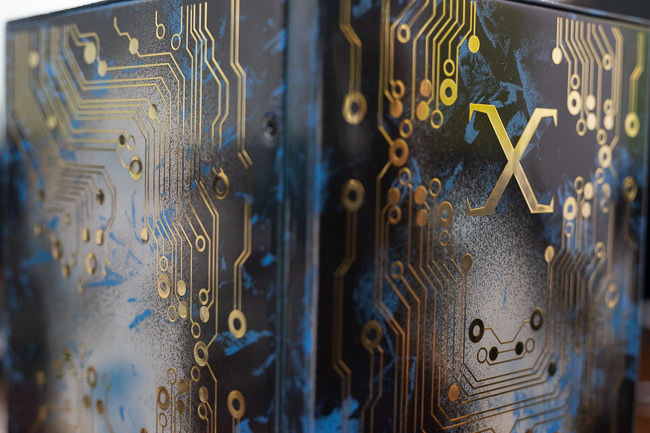 The paint job is expensive but exquisitely detailed

The XRig Tesseract costs Rs 1,94,900 (inclusive of taxes) while its regular counterpart, the XRig X-1 Hybrid comes in at Rs 1,24,900. The configuration on the two machines is identical, with the premium being charged for the paint job. It is incredibly cool and will set you apart at your LAN parties, but if you’re not willing to fork out the extra cash, then the regular edition should be just fine. The thing is, in terms of performance, the X1 Hybrid did not disappoint us in any way. In fact, at our recent Digit Squad Tech Day, where we had over a hundred games come down, everyone walked away super impressed with the Tesseract’s ability to handle high resolution, high refresh rate gaming, all without hiccups. The X1 Hybrid is a machine that we can definitely recommend to a gamer or a content creator who is looking for a powerful system packed into a compact form-factor.

IBM unveils the world’s first 2nm chip
Intel has revealed the Rocket Lake 11th Gen Core i9, Core i7, and Core i5 processors
AMD's RX 6700 XT and the RX 6700 GPUs could be announced at CES 2021
CES 2021: Nvidia is set to unveil its 'Latest Innovations In Gaming' on January 12
Nivida launches the GeForce RTX 3060 Ti, which outperformed the RTX 2080
Advertisements