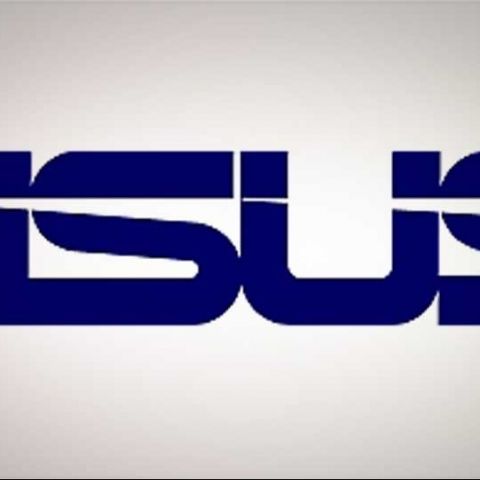 In an age where wireless technology rules the roost, we need to use good networking devices to experience this technology in a better way. ASUS has had some impressive products in it portfolio of networking devices and we tested some of them previously and were happy with the performance and features of most of their devices.

So far in our 30 days with ASUS routers campaign, we have done an article on Introduction and Unboxing of these routers, we’ve also done a setup and configuration article along with a video for the same too. Now we’ll be looking at the administrative panel and the features incorporated in it for each of the three routers. If you may have missed our previous coverage on these routers, you can find it in the links below.

The ASUS RT-N14U is a router at its core but with more emphasis on cloud functionality. The device looks good and is packed with a lot of important features. Once you’ve connected all the required set of cables to this router and have configured it on your network, you can then access the administration panel or menu by just going to the default router address that is 192.168.1.1 and key in your username and password for the router. This will land you on the main router config home page where you will see a ton of options in various named sub-menus.

The Guest network menu contains options for adding or removing guests to your network. This menu also allows you to set particular options on or off for different guests.

Next menu element is the Traffic Manager that allows you to manage and maintain the Quality of Service of your network and its speed.

The Traffic Manager also has the Traffic Monitor submenu which has all the parameters and graphs to show you the network usage overall for the Internet and your wired as well as wireless in-house network.

Next important feature is Parental control which allows you to set a limited amount of time to a client’s network usage. You can add or delete clients inside the parental control option too.

The ASUS RT-N14U, is a very versatile router when it comes to its features and this is shown clearly in the USB application menu where you have all sorts of options for a connected USB device such as a Hard Disk, flash drive, a 3G/4G Dongle and also a printer. The AiDisk utility allows you to share files on your USB device through the Internet. Using the Server Center, you can setup the FTP and Network Place. Using the 3G/4G option allows you to efficiently switch between your WAN network or your 3G/4G network automatically.

We especially liked the Download Master utility or feature in the RT-N14U as it allows you to directly download stuff from the Internet to your storage device connected to the router without actually needing the PC for the same. But the icing on the cake here is the Network Printer Server functionality which supports two methods such as ASUS EZ printer sharing and LPR to share printer. This printer server functionality allows the user to directly use the router as a printer server or file server. The ASUS RT-N14U supports a lot of different printers or MFD’s and some of the supported ones are mentioned in the table below.

Apart from the above list of supported printers, the ASUS RT-N14U supports the Canon 2900B printer too.

The ASUS AiCloud is the cloud service from ASUS which is one of the main features of the RT-N14U. We’ll look at the ASUS AiCloud in much more detail in our next article.

Now comes the Advanced Settings menu which is an extensive or comprehensive menu that has a lot of important options. First among these options is Wireless which contains settings for the wireless capabilities of the RT-N14U. Each of these wireless functions like General wireless settings, WPS, Bridge, Wireless MAC filter, Radius setting and professional settings have a submenu assigned to them with many options for every single function.

Then there is the LAN settings menu which contains the usual settings for LAN such as LAN IP, DHCP Server, Route and IPTV. Values for each of these settings can be changed from this menu.

Then comes the WAN settings menu. The ASUS RT-N14U has a number of WAN options and individual settings for each of them. The options included relate to Internet Connection, Port Trigger, Virtual Server/Port Forwarding, DMZ(Demilitarized Zone), DDNS and NAT Passthrough.

Settings for VPN server have not been left out at all. In-fact the next menu is chock full of VPN options for setting up and configuring a VPN server.

When it comes to routers and networking, security is of utmost importance and ASUS hasn’t skimped on it in their RT-N14U router at all. Apart from the general Firewall options, the Firewall page also contains interesting features such as URL Filter, Keyword Filter and Network Services Filter.

The next important menu in the administrative panel is the Administration Menu. This is a one stop point for network administrators. Here one can select an operation mode from Wireless router mode to Access Point mode. There are also some other submenus such as System, which allows you to monitor the router. Then there is Firmware Upgrade that allows a user to upgrade the firmware version of the RT-N14U. A restore, save and upload menu has also been included for ease of use.

Last but not the least, the RT-N14U has the Network Tools menu in its administrative panel which is a place for information and options based on Network Analysis, Netstat and Wake on LAN.

As you can see, the ASUS RT-N14U has a long list of important features which make this router one of the best but few feature rich network devices in the market.

As seen previously, this beautifully designed modem router from ASUS has integrated home gateway with independent CPUs for modem and router. Not only that, it is a dual band Wi-Fi device with 3G/4G sharing, printer sharing, file sharing and iPad charging functionality as well. It was one of the most easiest to setup ADSL modem routers we’ve seen till date as it’s setup took only three easy steps. When you’ve connected and deployed this router on your network, you can easily go to its administration panel by using your username and password on the routers browser page. Once inside the main administration home page, you’ll find that apart from the AiCloud menu and Network tools menu everything else is exactly the same like RT-N14U, with the exception of having options for selecting the wireless band and of course the ADSL settings.

As seen above, the settings page or administration panel of the DSL-N55U is very similar to the RT-N14U and does not need further description.

This 3-in-1 multifunctional device from ASUS has some great features that are not only extremely useful but are also very important in the current networking scene. As the RT-N12HP has longer 9dBi antennas, it allows for a wider signal coverage.

Being a router at heart, this device from ASUS also has the same type of administration panel as we’ve seen in the routers above. The way in which you access the settings page is also exactly the same as seen above with the exception of USB application, AiCloud and Network Tools options. This is one robust range extending router with a great options and range extension capability. We’ve also added a video below in which we guide you through the settings page or administration panel for ASUS RT-N14U and RT-N12HP.

So, this was our take on the features and administrative panel options of the three impressive routers from ASUS. We’ll be covering the ASUS AiCloud and also the conclusion of our 30 Days with ASUS campaign in our next article.